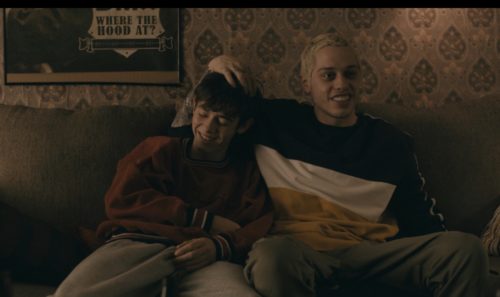 Be prepared for a new quotable teen comedy. “Big Time Adolescence” is an exceptionally entertaining coming-of-age story highlighted by a stellar, star-making turn by Pete Davidson.

Best friends come in all shapes and sizes, but nothing is stranger than befriending your sister’s ex-boyfriend. Despite being dumped for his sketchiness, Zeke’s (Pete Davidson) charming college-dropout personality permeates with Mo (Griffin Gluck), who has somehow found the lovable loser endearing and always seeks out his guidance. Zeke’s charismatic care-free outlook on life has immensely impacted the impressionable Mo for several years with ludicrous life lessons despite his parents (Jon Cryer and Julia Murney) and others scolding Mo for constantly hanging out with Zeke. 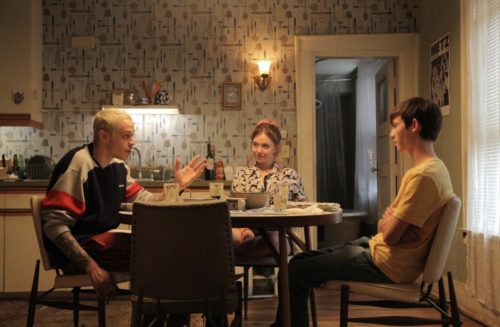 Now 16-years-old, Mo still can’t connect with fellow high schoolers and instead spends all his free time chilling with Zeke and his fellow slacker stoners, including Nick (Machine Gun Kelly). After being convinced to bring booze to a party by Jon Epstein (Thomas Barbusca), Mo finally has an opportunity to interact with his school crush Sophie (Oona Laurence). However, his lack of experience causes confusion and despite bad advice, Mo decides becoming “the booze and drug guy” at parties might not be a bad idea. After all, Zeke was popular in high school and never gives atrocious advice. Besides, what’s the worst that could happen? 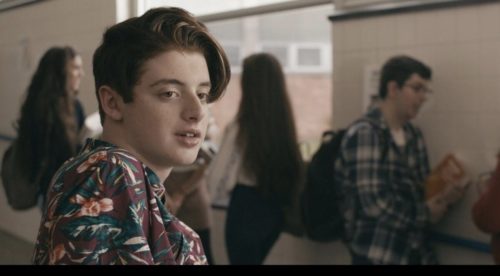 After appearing on the Black List, writer-director Jason Orley’s stellar story doesn’t disappoint with his dynamic directorial debut “Big Time Adolescence.” His spellbinding script seems like if Judd Apatow meets John Hughes without the glaring plotholes. “Big Time Adolescence” is full of hilarious dialogue and is able to overcome the inconsistent character development thanks to Gluck and Davidson’s comedic chemistry anchoring the film. It’s a beautifully balanced dramedy full of sweet surprises with Pete Davidson being the biggest and best.

Many moronic naysayers immediately dismiss Davidson due to his personal life and have unofficially dubbed him the second coming of Jimmy Fallon for frustratingly and consistently breaking character on “SNL.” However, “Big Time Adolescence” shall shift opinions immediately thanks to Davidson’s truly transformative performance. His charismatic college-dropout persona might be on the surface your stereotypical stoner slacker, but Davidson delivers more complexity as his character churns out consistent comedic timing without being overbearing and full of clichés. Unlike Seth Rogen, who similarly plays underachiever characters more or less himself, Pete Davidson’s incredible imagination makes you appreciate his juvenile approach and admire Zeke through Mo’s eyes. 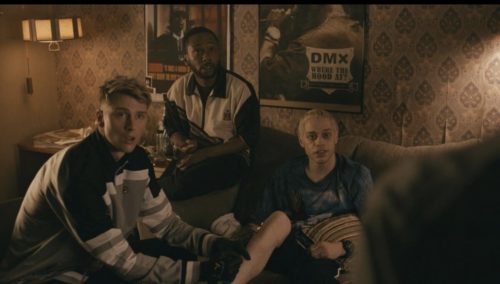 Zeke might be the immature, inappropriate older friend, but Gluck’s genuine affection for his best friend fantastically captures the teenage thought process of twentysomethings interacting with high schoolers. Zeke peaked in high school, but appeals to the immature individual hoping to taste glory and elevates everyone to a cooler status by hanging out. In that sense, Zeke’s like Wooderson  from “Dazed and Confused” meets “The Odd Couple” meets Peter Pan as he’s always living in the past and refusing to grow up, yet is revered for his no-nonsense, nontraditional life lessons. The adoration of a stupid stoner manchild could’ve failed miserably, but Gluck gracefully captures the epitome of blind admiration for Zeke fantastically complimented by Davidson’s performance. Honestly, it’s a joyous juxtaposition with what wonderful chemistry they capture and beautifully illustrate their characters’ needs for one another. Mo might be an awkward teenager trying to find his footing, but Zeke’s zaniness promotes a false sense of reality overcompensated by confidence. It’s a captivating character study. 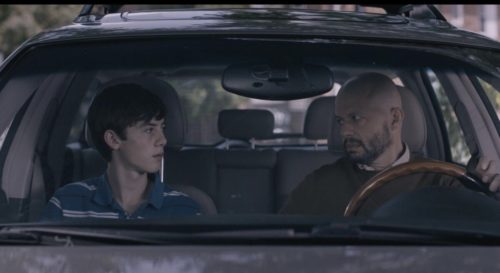 Mo might not be naturally manipulative so seeing his teenage transformation will remarkably resonate with wanting to fit in with the crowd. Orley’s observational story about obsession and growing apart might not be an overtly original concept, but between all the raunchy sex jokes, heartfelt humor and bromance it’s about growing up and not thwarting friendships from naturally progressing. The strong supporting cast creates an amazing atmosphere allowing the two main characters to thrive with Jon Cryer, Sydney Sweeney, Machine Gun Kelly and Thomas Barbusca adding to the fun. Without a doubt, Pete Davidson shines as the scene-stealing superstar in “Big Time Adolescence.”

Although the movie might initially come across as a cliché comedy about teenagers, the amount of heart and humor should satisfy those wanting way more than just ridiculous raunchy jokes. The depth definitely delivers the goods with two terrific performances by its leads resulting in a fun, fresh coming-of-age story. “Big Time Adolescence” is absolutely well-worth watching. 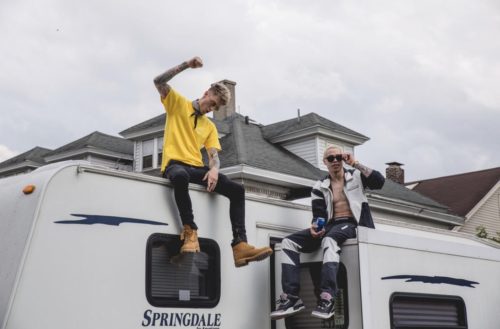 “When you get older you realize that’s kinda all life is. It’s just a bunch of scribbles and dicks and, violence all in a void”- Zeke