It’s always awesome to hear from James and his adventures in the UK. Scotty and I talk about this all the time, but it’s the “grass is always greener syndrome” where it just seems easier outside of Los Angeles.

Of course, that could be what people who live in New York think about LA too, LOL… You can’t have it all right?

In his latest adventure James gets dissed by Bill Gates but gets a whole host of Dr. Who folks!

Check out his site and his full article below!

Another morning spent in London, this time with two of the stars of one of my favourite TV show, Doctor Who, and one of the most famous and influential men on the planet. Here goes!

I was planning on heading to the BBC on Saturday for Bernard Cribbins, but the goalposts shifted when it was announced that Microsoft founder Bill Gates would be on a different show. Alas, he didn’t sign, even with only 3 of us there when he arrived; his 15+ “people” surrounding him didn’t help. After he had left one of the BBC security guys came up to us and said Bill’s people had been rather ‘protective’; when he arrived and we attempted to get an autograph his people complained to the BBC that we could have been terrorists and should be removed from public property. They weren’t impressed, even when he said we were there frequently and he knew our names. I get he’s famous, but 3 people with autograph books, terrorists? Don’t be silly.

Anyways, rest of the day was good. Comedian Al Murray arrived to host a 5 Live radio show, but said he couldn’t sign because was “running late” (9.10am for an 11am show)… but posed for a quick photo. Radio 1 presenter Matt Edmonson arrived, signing an index card and also posed for a photo. 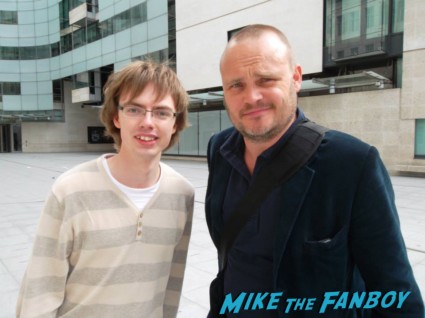 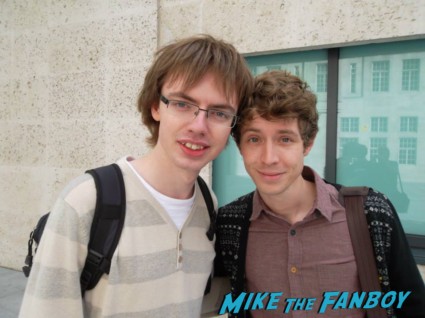 Oscar nominated actress Marianne Jean Baptiste (“Secret & Lies“) arrived, and signed. She has a lovely signature, every letter, which meant it took her a fair amount of time to sign for everyone so did her best to stick to one each. Stuart Maconie arrived and signed a Radio 2 promo card for me, and comedian Arthur Smith signed an index card for me. 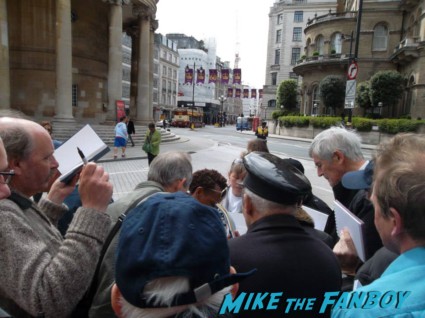 Presenter Gaby Roslin arrived for her BBC London show, and signed an index card and posed for a photo with me. Danny Baker left so said hi, but didn’t get anything signed since I met him last week. Football manager Neil Warnock left in a rush so said he’d sign as many as he could whilst walking to his car, managed to get an index card signed. 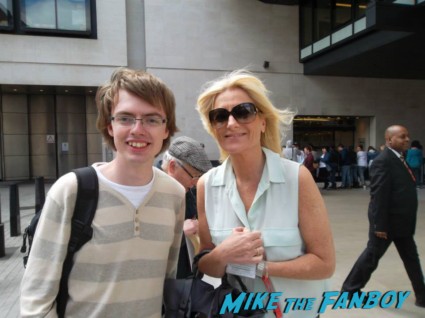 DJ Trevor Nelson left and signed a Radio 2 promo card for me and posed for a photo. He was on the same show as Bill Gates and mocked the security in the studio, but said Bill was a nice guy without the security presence. Also saw Richard Coles but didn’t stop him. 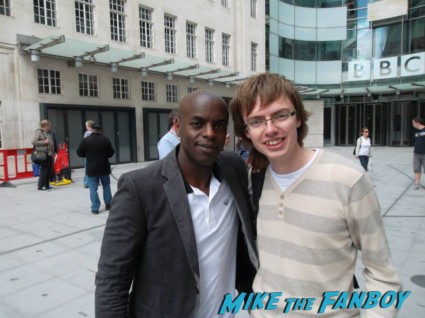 Bernard Cribbins (Dr Who, Coronation Street, Fawlty Towers, The Wombles) arrived (in a wheelchair) and signed one each for people (I got an index card). He kindly got up for a few pictures with, one of which being for me. He was really chirpy, but sad to see him not steady on his feet. 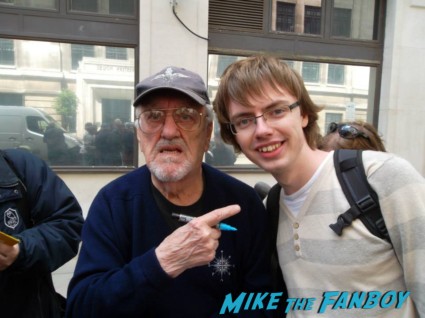 Singer Cerys Matthews left, again in a hurry, and quickly signed a card and posed for a photo. Olympic gold medal winning boxer Nicola Adams arrived and left, refusing to sign for the 5 or so of us that wanted her. Going in she put her phone to her ear until at the studio door, and coming out just point blank ignored us. Quite a transformation! 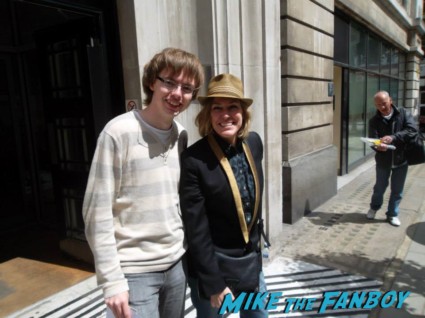 The Wanted were on Radio 1 but hadn’t left by the time I did. I headed to the Trafalgar Studios for the cast of “The Hothouse“. Indira Varma was signing as I arrived, so got an index card signed and a photo with her. 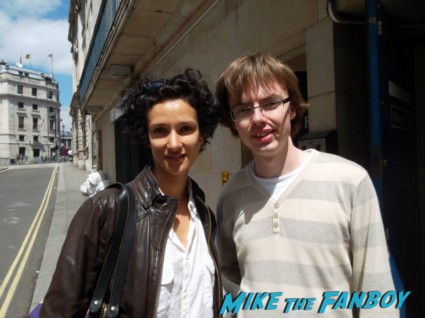 Harry Melling (Dudley in Harry Potter) signed a card and posed for a photo, 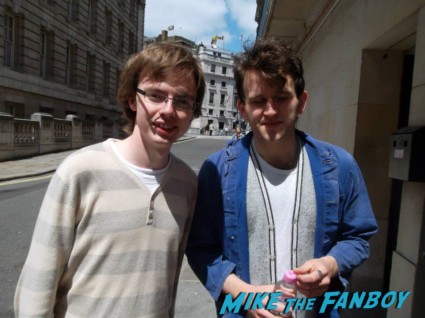 as did Christopher Timothy. Lisa Dillon (Cranford) signed an index card but refused a photo with. 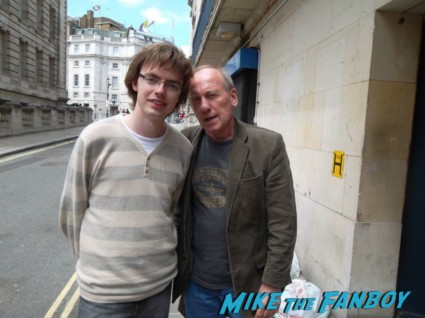 John Simm (who fantastically played The Master in Doctor Who) arrived and signed one each with a dedication, and amazingly posed for a quick photo. That’s after however many refusals I’ve had in the past, VERY happy! 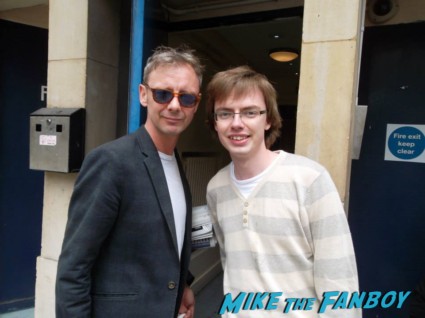 No sign of Simon Russell Beale or Clive Rowe, but someone said Clive arrives late as is only in the 2nd half of the show. Headed to the station for home, when crossing Whitehall Clive was going in the opposite direction, so nabbed a quick photo with him. 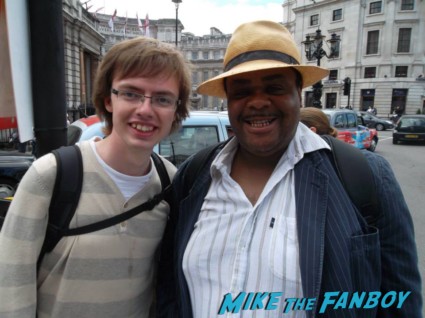 Another good day; very pleased to have finally got a photo with both Bernard and John. 4 Doctor Who actors in one day, can’t complain there!