Home / Fanboying! • RIP / Billy Beer And Everyone At MTF Mourns The Passing Of Autograph Collector Patrick Snyder! Rest In Peace!

You know, this is a crazy hobby… Celebrity fandom, autographing, etc… and you meet some wild characters, some good, some bad but generally speaking they are always interesting. A few days ago, we lost a fellow collector here in Los Angeles by the name of Patrick Snyder.

Now, like all of us, Patrick had his fair share of personal demons but what I choose to remember are the fun times we’ve had together.

I could never forget (and how could I forget because it’s on video) Patrick and I got to meet Cher at the Zookeeper premiere by freaking out like two queens at the gay pride parade. 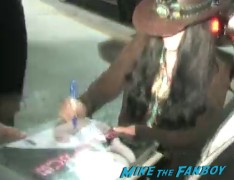 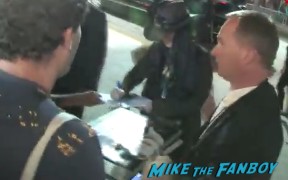 We also were talking at an event one day and saw Edward Norton leave a talk show taping. We were both like, “Just what I expected” but decided to wander around the side and watch him diss everyone… But… Suddenly, we were like, “Holy Shit! Norton’s Signing!” He stopped his car and faster than you can say photo paper, Patrick was whipping things out and putting them in Norton’s Window. LOL…

The thing I will miss most about Patrick is his wit. He always had a comeback, or a snappy one liner.

From everyone here at MTF, Patrick wherever you are, I hope you get every autograph you could ever want and find peace!

Billy wanted to share something about Patrick below and wrote a really nice article. Check it out after the jump!

O.G. (Original Grapher) Patrick Snyder, you will be missed.

When you’re out fanboying/graphing, you run into a lot of the same people. One of those people that I had become friends with was Patrick Snyder. I’m not saying I knew him any better than anyone else, I certainly didn’t. I only knew him for a year or two. But like anyone that’s did know him, how ever long it was, we can easily remember him telling us a story about one of his many adventures that would just make us smile. I want to tell you a quick little story, of a time that I got to go on one of those crazy adventures that we would crack up about after the fact. 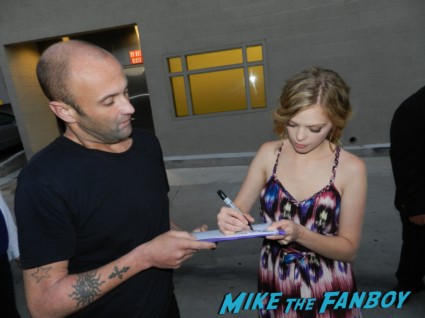 I was at Comic Con this year and wondering if I should try and go to the after parties, or go grab something to eat/drink. While I was walking, I ran into Patrick walking by himself bear-hugging his blanks like he always does. He asked me what I was up to, and I told him I was going to either go to the after parties, or go get a drink. He’s was like “oh honey, let’s go get a drink”. It’s not very hard to convince me to do that! We go walking back to the Hilton, and all of a sudden he starts his fast walking. “There’s Harvey Weinstein!” Now I don’t know how he does it, but his fast walk is a normal person’s jog. We get up to Harvey, and ask him for an auto. He agrees, but tells us to be quiet cause he’s trying to hide from the graphers. Sometime you didn’t even have to go to after parties, you just followed Patrick. 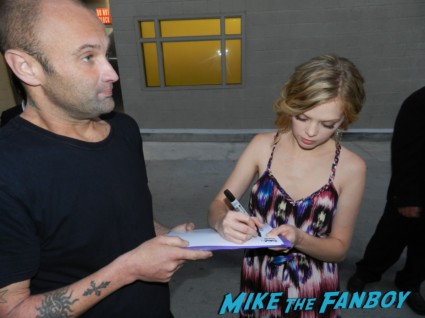 We make it to the Hilton and see a bus with some of the cast members from Teen Wolf getting on it. While everyone is paying attention to that, the Patrick radar is on again. He starts running and calling out someone’s name. I can’t remember the name he was calling, but it wasn’t Matt Smith, even though that’s who it was. He did know it was Dr. Who though. So while everyone else was turned the other way, Patrick and I were cleaning up on Matt. And like usual, he got 4, and I one. I don’t think there is anyone that can flip blanks better than him.

OK, time for that drink. We finally find a bar in the hotel that had seats available. We sit down, and Patrick tells me his stories from Comic Con so far. It’s sometime nice to actually sit down and relax with some of the people you graph with. Your not fighting over a spot, or worrying about who’s putting stuff on top of yours. You can sit down and enjoy a nice conversa…OH SHIT! THERE’S JENNIFER MORRISON! We both bolt out of our stools and run up to her and ask her for an autograph. “Can I please go to the bathroom first?” Patrick responds with a “girl you go”. LMAO!

We are now stalking a celeb outside the bathroom.

When she comes out, she comes straight up to us and thanks us for waiting. Patrick get his at least 3 graphs, and I get my 1. Then we pose for pictures. I don’t know how he did it, but he always took great pictures with celebs, and he didn’t disappoint this time either. After that, Patrick went on his way, and I went back to the bar. It’s a little chunk of my life that I’m never going to forget. Patrick you and your stories are going to be missed. I’m sure a lot of people have Patrick stories; I just wanted to share one of my personal favorites.

Let’s lift up those glasses and give a toast out to one of Hollywood’s Original Graphers. Here’s to you Patrick! 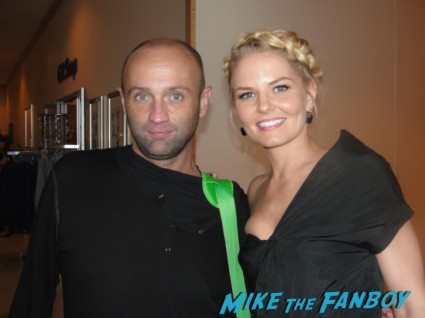