Out of everything at Comic Con 2012, one of the things I wanted to do was get into the Sons of Anarchy signing. Sadness… I didn’t make it in but Billy Beer did and was able to meet the entire cast!

Anyway, check out Billy Beer’s recap about meeting the Sons cast after the jump!

First off let me tell everyone what a wonderful weekend I had with Mike the Fanboy and Suddenly Susan at Comic Con this weekend.  Usually I attend with my sister and make fun of her dorkness while I geek out on all the celebs.  This year I came with a plan, which of course was all thrown away the minute I lined up in the 125,000 person line to get in the Con.  Now I did get to see a number of really cool casts, Breaking Bad, Bones, Fringe, just to name a few.  Sunday there was really only one of the casts I was hoping to get, Sons of Anarchy.  C.B. continually tells me how nice the whole cast is.  In years past they’ve had part of the cast there to sign, but this year everyone was supposed to be there.

5:30 arrival time.  I’m actually in the first chunk of people.  This could be good, cause if I don’t draw it the first time, I should be able to go back in line and draw again.  We’ve been working the girls at FOX all week, so hopefully they’ll just give me a ticket (wishful thinking).

After waiting for about an hour, they let us all in to get into line (that’s all Comic Con is, LINES).  I’m one of the first 20 people in line, but there are a lot of SOA fans here today.  Let’s just say they look a little different from the Glee fans yesterday.  After a little bit I get calls from Suddenly Susan and Mike the Fanboy.  They are a little bit farther back in line.  Susan has to leave at 12 to catch her train.  She’s there for The Following, but said if she can pull an SOA ticket she would try and help me out.  Finally the line starts to move.  When it’s time for me to pull a ticket out of the bag, I flash my smile to the FOX girl working, slowly look in the bag to try and cheat, grab 3 tickets at once in hopes to get one and then drop the other two, again cheating.  THREE LOSERS!  Ohhhhhhh Fuuuuuuuudge (but that’s not what I really said).  I guess cheaters never win.  Back to the back of the line.  Wow, this line got big, and is moving slow.  I’m about halfway there, and Susan comes up to me and tells me she pulled the magic green ticket, and got a Following ticket.  Susan tells me that I can have it, but I’m still going to try and pull one for other people.  I guess cheaters do win when they have Susan!!  Thank You Thank You Thank You Thank You Susan!!!!!!!

Finally the cast arrives.  You can tell by all the screaming.  There’s 11 of them, 10 cast members and the creator.  This is going to be Epic! 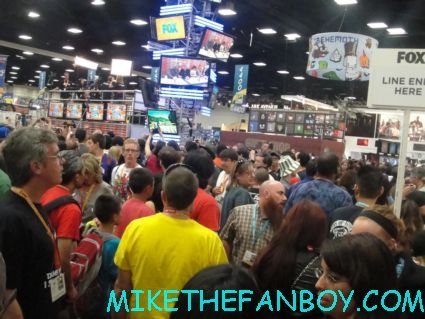 First is Kurt Sutter.  I’m excited to meet him, but I’m too focused on Katey Sagal.  It’s Mrs. Bundy! 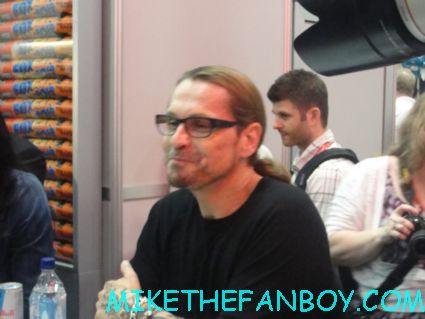 I pretty much go down the line saying Hi to everyone. 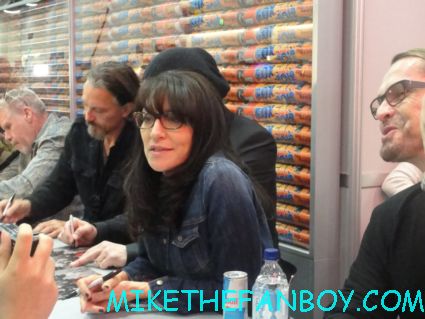 I don’t get a lot of time to talk, the guy in front of me was having them sign a second poster which was holding up the line.  To see everyone face to face is awesome! 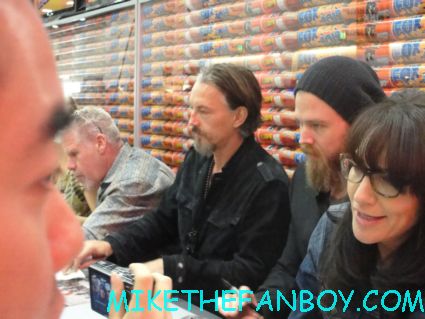 Ron Perlman even shakes my hand.  I try and take pictures of everyone, when Mark Boone Jr was nice enough to make a sign for all the picture takers.  I got a big laugh out of that. 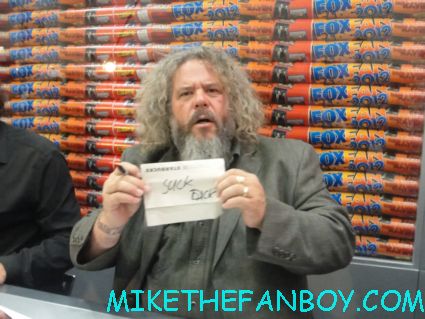 Before I knew it, the line was over. 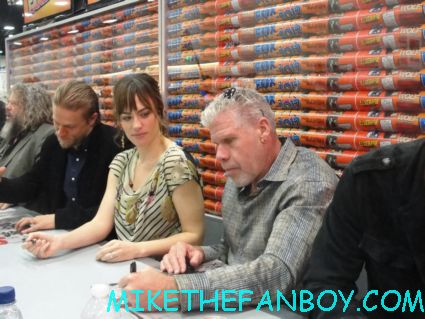 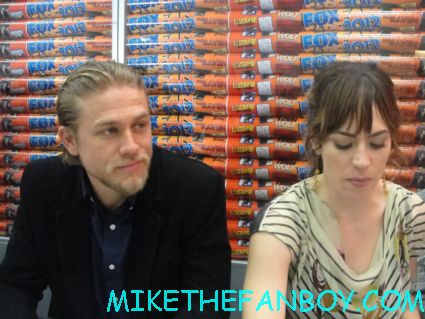 That lasted about as long as Jason Biggs in American Pie, but it was just as pleasurable!  Hope everyone enjoys the pictures, and again THANK YOU SUSAN!!!  Time to go, it’s Happy Hour somewhere!

Side note, I was watching Take Me Out while writing this, and it has to be one of the WORST TV shows EVER!