The whole universe is….

Oh, I don’t need to sing/type the Big Bang Theory theme song! That show is everywhere. Crushing it in the ratings and on of my favorite shows of all time!

The female star of the show Ms. Kaley Cuoco is doing a talk show appearance to promote her series and Billy Beer is salivating on the scene… Literally, Karalee was mopping up drool from his photos. It was a tad shocking!

Welcome back to Billy Beer’s Bar Stool. Well I’m out of lives on Candy
Crush, so I guess I’ll write another article for Mike the Fanboy. As
Mike said, I like me some pretty ladies. Today we have Big Bang Theory
star Kaley Cuoco making a visit to the bar. I got a lot of stuff done
when I saw her at Paleyfest. But my roommate has wanted me to get a
picture of her with her bulldogs (he also has a bulldog) signed. Well,
I guess I could find another sexy picture of her to get signed for
myself too. 🙂 Let the adventures begin.

I get there a little late today, I’m coming from work. You’ve already
heard the first part of the adventure with Fangirl Susan and Goran. I
had nothing for him, so I played photographer for Susan and Karalee.
Now it’s time to wait for my lady to come out. Karalee is cold and
bored, but she sticks it out. 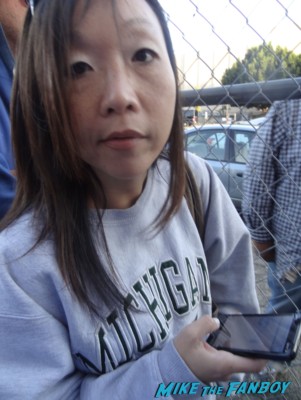 I hear she kind of hit or miss, so
thinking good thoughts.

Well, this isn’t a good sign! They’ve pulled her car all the way up to
the door. This usually means bad things. The limo is even facing the
opposite direction. Not good. The crowd is now a few deep too. 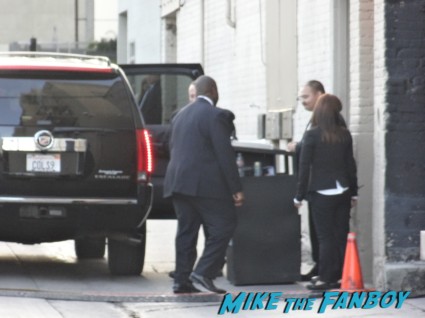 Kaley finally comes out. We all start screaming her name the second we
see her, hoping that she won’t just jump into her limo. No need to
fear, she actually walks out the door and makes her way straight to us. 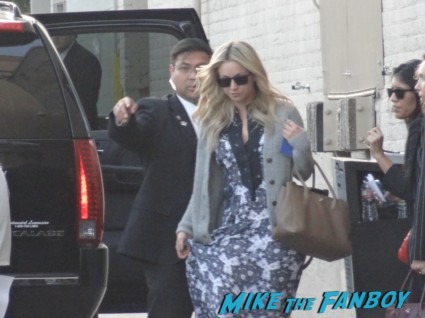 Let the mob scene begin. I give Karalee my picture cause I didn’t want
to reach over a couple photags that got there before me. Kaley signs
both my pictures in the first couple of seconds. 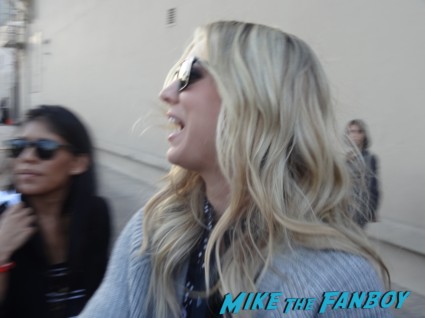 Now we’re hoping to get Karalee a picture with her. Kaley’s not
taking pictures today 🙁 Although she is signing a lot. Now the crowd
is getting a little crazy with people trying to get more and more. She
finally gives up the pen and is on her way. 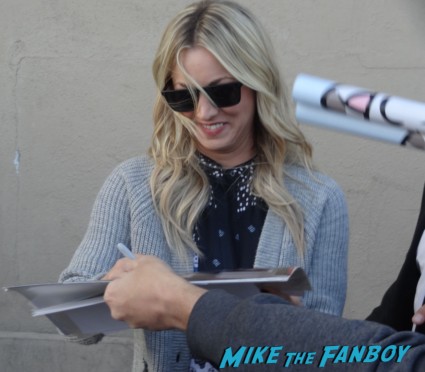 Well, I’m off. Should have some lives now on Candy Crush. Next time!