I love the 80’s, the music, the movies, the fashion… Well, let’s not push it, lol… Kenny is also a huge fan of the 80’s and was able to meet one of the quintessential 80’s musicians Billy Idol! Billy had made some amazing music over the years, White Wedding, Eyes Without a Face, Dancing With Myself, Rebel Yell, just to name a few!

Kenny met the legendary rocker and sent in this awesome recap! Check it out below!

To start, I am a avid autograph collector of baseball and musicians and the occasional celebrity to shimmy their way through Tampa, fl. …oh yeah, thats where I’m located…

Okay, I am well seasoned, (at least I think I am) at getting autographs. There’s really not to many I don’t get that come through here. So Billy Idol Should be a cake walk, right?

I have heard mixed reviews about him, “he signs one per”, “you can rack him”. Blah blah blah…I’ve never tried, so it’s a first. So I had his hotel for a couple days, but then it got canceled because of bonnaroo! Oh no! But then! A couple days later RESERVATION MADE! Then show day rolls around and I make my way to the hotel at around 12-12:30pm.

Then at about 3pm I check his twitter! He post pics of inside the venue! Oh no! I missed him….so I thought!….I was reaffirmed that he doesn’t use his twitter. And about 30 minutes later here comes idols lead guitarist STEVE STEVENS. 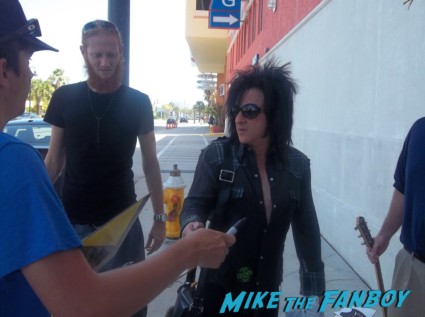 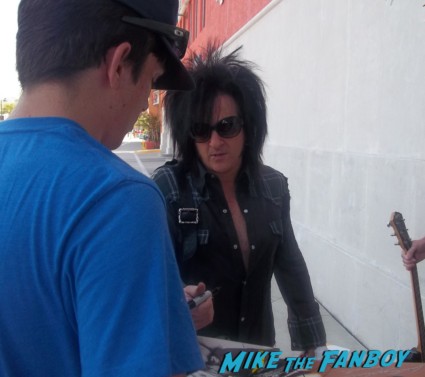 Which was oh so cool! 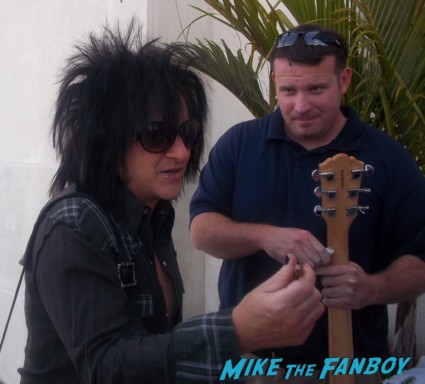 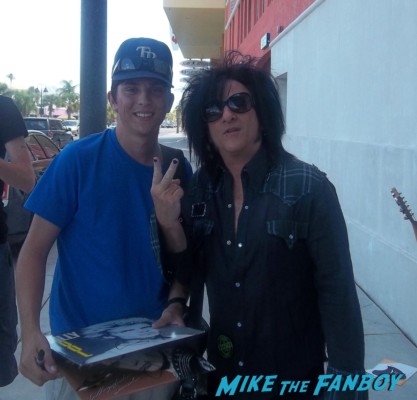 Signed a ton! .. And about 1 hour later here comes billy, and we are instructed to not yell, or get close to him! (pre/post -madonna much?) well he reluctantly comes and signs one thing!…..but oh no! My album gets a bit smeared by his dang arm!…..we try and get him at venue , but no luck. Hours later after the show I head back to the hotel and wait till like 11:30.

Yes it’s like a long time now. He try’s and jerk us around by coming around the block a few times, but eventually stops and the doors to his vehicle are now open. He comes stumbling out of the car and is surrounded by huge guys ( this guy thinks he’s the stuff) oh yeah keep in mind there’s 15 people their graphing. 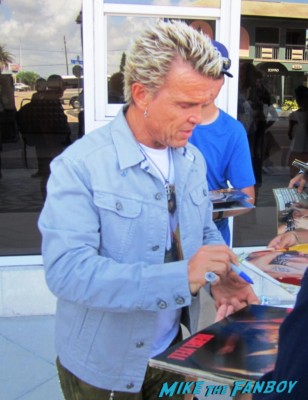 He comes over to me and signs two items, yes! My rolling stone mag! (which I collect) and another vinyl, signs one other auto and runs in hotel! He got surrounded by graphers and kinda got mad, so he bounced! 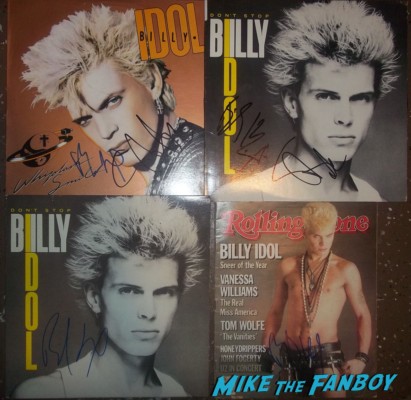