This one… This one hurt. I have to tell you.

Now, I’m a huge fan of Thor, HUGE! He’s one of my favorites. Chris Hemsworth is also once of my favorites, I just really enjoy watching him and I love him as Thor, I thought he was great in Star Trek, Rush, Snow White, etc… I even was going to go and see Black Hat… The movie that I still don’t understand the title of.

Let’s put it this way, I own the Red Dawn remake on Blu-ray. Yeah, like I said, I’m a fan. 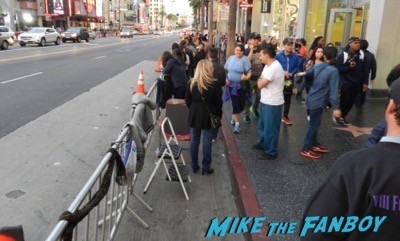 When I saw the Black Hat premiere was going to be here in Los Angeles, to say I was excited is an understatement.

I wasn’t there too early, but early enough to get a good spot. It was all looking good.
Chris is usually really cool, so I figured he would sign. 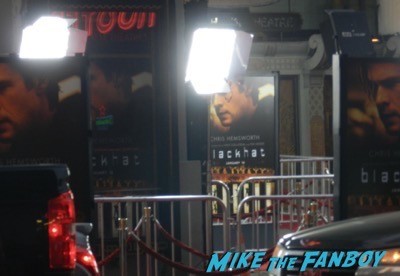 I can go into the full day, but let’s put it this way… At the last minute a shit ton of people showed up and it was nuts.

Chris Hemsworth arrived and came over to the crowd across the street. 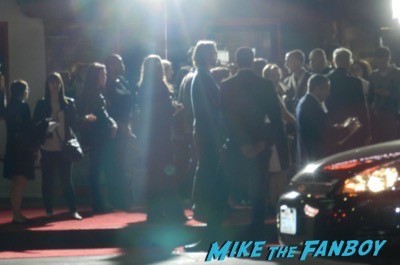 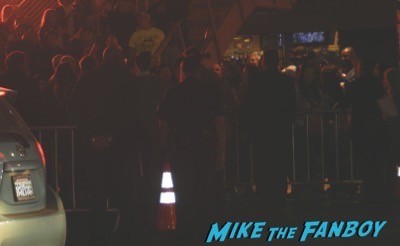 Now, I had my limited edition foil Thor poster, another Thor poster I started at the premiere, a Thor Hammer, a few other things, and thought, if I get one I’ll be happy. 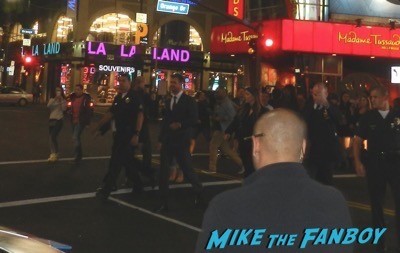 He was signing away but moving pretty fast. I didn’t notice the pen he had.

I tested my Thor foil poster with a sharpie and everything worked fine, but Chris Hemsworth had a PURPLE marker, not a sharpie… and I did I mention that it was purple? PURPLE! 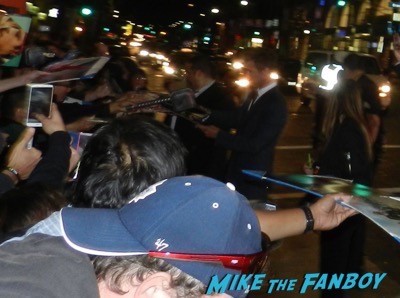 He signed my poster, and it was such a cluster, I only got the one. That’s fine. But I can literally wipe it off, and I plan on wiping it off.

I’ve had things signed in purple before and they fade into a puke brown after a year or so.
So, no matter what, it was a lose-lose. I ran down farther hoping that he would have switched pens, but nope. He kept that damn purple the entire way.

So, what do you do? Do you get something on a cast piece that you know will be bad later or do you give up the autograph? Seriously, it’s a lose lose situation, and I’ve been depressed about it since last night. 🙁

Then a fight broke out between two dealers and mace was whipped out, it was nuts!