Home / Fanboying! • Q and A / Black Or White Q And A! Meeting Kevin Costner After Seeing His New Film! Autographs! And More!

Black or White, the new Kevin Costner film, had a series of q and a’s this past weekend. When I heard about the event, I knew I had to attend. I’ve been wanting to see the film and the screening included a q and a with star Kevin Costner.

JM and I headed over and I have to tell you, the film is a very good slice of life story. Kevin Costner is Elliot Anderson, a grandfather who has just lost his wife in a horrible accident. He is not tasked with taking over custody of Eloise his pre-teen mixed race granddaughter.

Eloise’s other grandmother, Rowena played by Octavia Spencer, feels like the daughter should be living with her in South Central. Elliot has a drinking problem and has to battle for custody of Eloise.

It’s an interesting story of race and class. I think that it’s actually a perfect film for what is happening in our current society. Kevin Costner is really good in the title role and Octavia Spencer puts her typical sass on display.

The q and a was with Kevin Costner and director Mike Binder who did The Upside of Anger and Indian Summer. 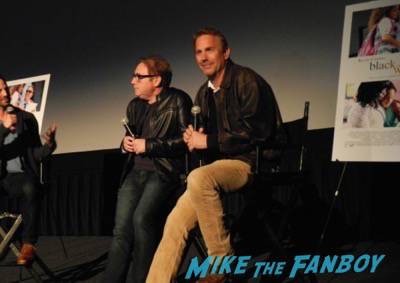 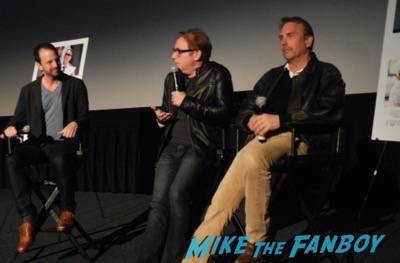 It was a lively q and a and both men were very passionate about the project.

Kevin Costner actually put his own money up to help produce Black or White.

“It’s not the first time,” said Kevin Costner, “I actually put my own money up for Dances.”

That turned out pretty well. 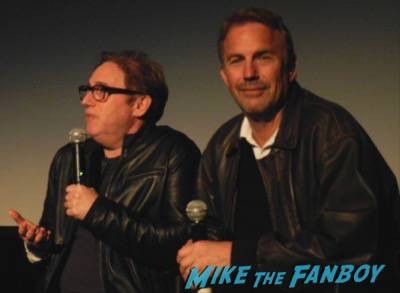 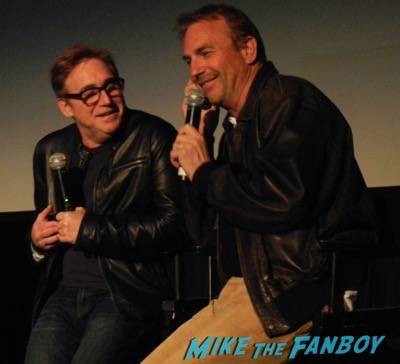 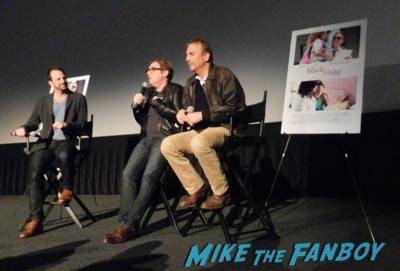 “The film shows both sides to every story” said Mike Binder, “That’s what he tried to do with this movie. This is just a conversation starter.”

“Like in the movie, children are just as safe in Brentwood as they are in South Central.” said Kevin Costner. 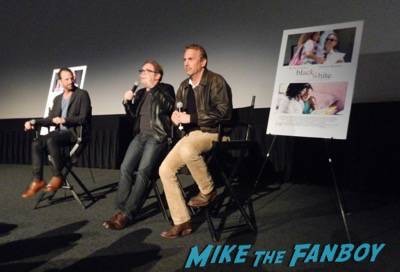 The question about using the “n” word in the film came up.

“There was no debate about it, that’s what happens when you finance the movie.” Said Kevin Costner. 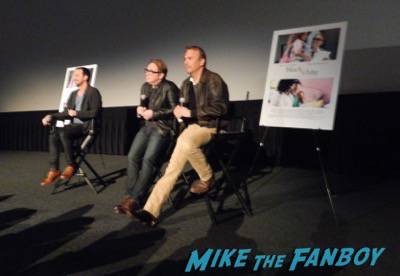 The q and a was short, and after, Kevin Costner stayed for a bit to greet fans. I was able to get him to sign my Bull Durham mini poster and JM actually brought his Postman dvd cover. Yep, you read that one right. lol.

It was a really fun evening, and not only was I able to see a good film and q and a, but also to hang out with JM which was nice. 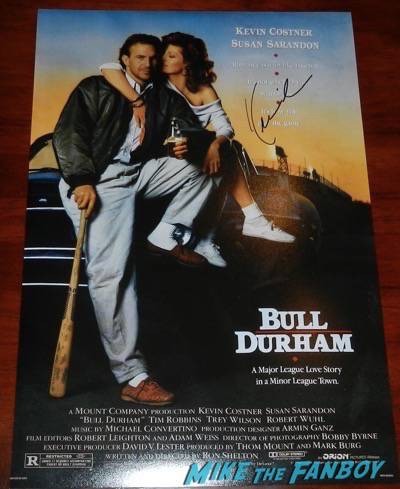