One of the shows I’m really excited to check out is Starz Black Sails. It’s a new series about… Wait for it…Pirates! I figure, if I could love Vikings why not pirates right?

Starz had an amazing booth at SDCC this year (why they didn’t have a cast signing is beyond me!) and I made sure and checked out the booth. Apparently, it was the wrong time because the cast did an impromptu run through and stayed to sign stuff for the crowd and take pics!

Erica (who has the best SDCC luck) was on hand and got to meet them!

Did you know that September 19 is International Talk Like a Pirate Day? Yeah, there’s an officially day for this and it’s international no less!!! It’s a great chance for you to brush up on your Pirate before Black Sails launches in January 2014.

Black Sails is a new TV series from Stars that tells the tale of Treasure Island about 20 years before the events of that book take place. The cast was on hand for a special screening and also a surprise visit to the elaborate Pirate booth as well!

Big Apple Elisa and I just happened to be cruising by the booth when we saw the commotion of the lights and such. We heard an exasperated booth worker mention that the cast was having so much fun Comic Con that they wanted to visit the fans and the booth. The booth and security were unprepared, but the cast was having a great time taking pictures and signing stuff for the fans. 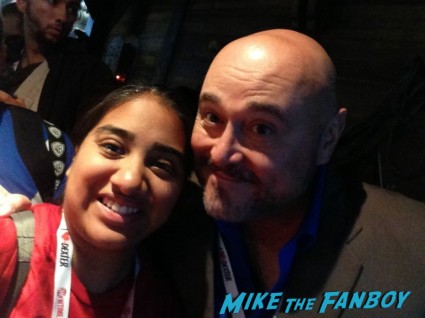 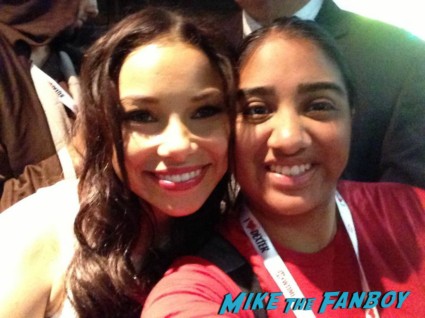 Eventually they move outside the booth to do a couple of quick interviews before they get spirited off. 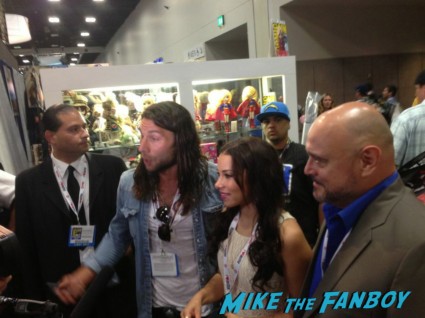 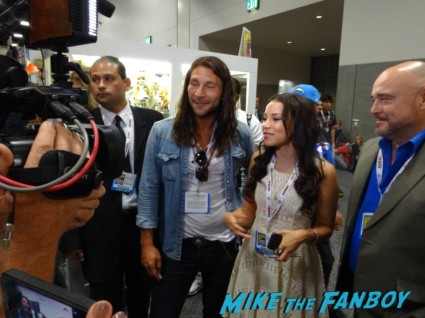 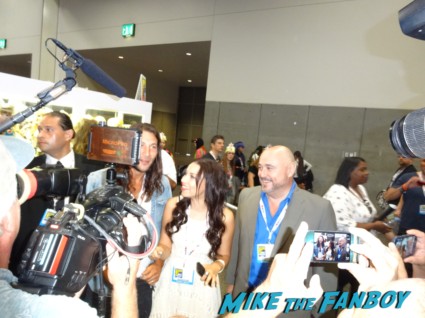 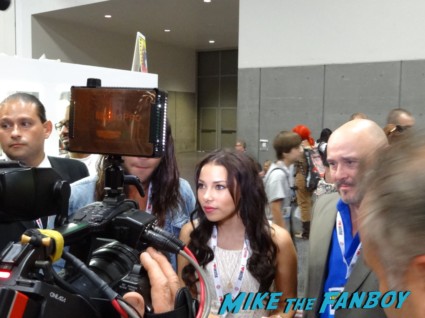 Later Elisa and I run into Zach who is kind enough to take a picture. Must be careful of tall guys with un-tethered hair bending over to take pictures with me… 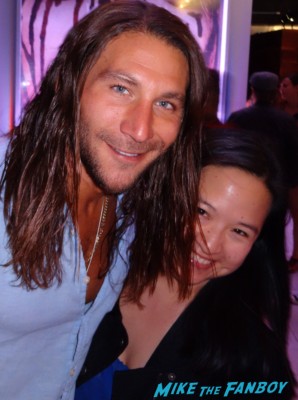 Spontaneous fun at Comic Con! Keep an eye out for Black Sails in January and other promising new shows from Starz like Ron Moore’s take on Diana Gabaldon’s Outlander series. Outlander is just beginning production now for a 2014 debut.