Black Sails is sailing it’s way onto TV screens next year on Starz and Erica had the chance to interview showrunner Jon Steinberg about the series while at NYCC as well as attend the panel.

Check out her full recap and interview below and get ready for Black Sails coming next year!

I admit I was a skeptical about Black Sails, the upcoming Starz original TV show. Starz isn’t worried though — Black Sails has already been renewed for a second season even though the first episode doesn’t air until January! 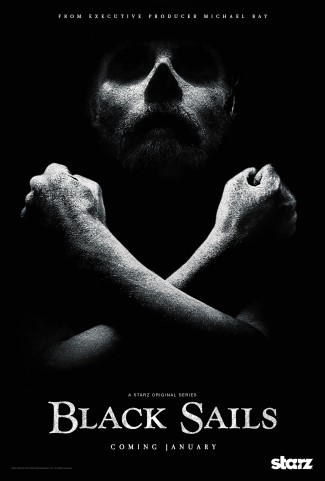 Why was I skeptical? Well, I think pirates are fun for a couple of hours (Pirates of the Caribbean), but I don’t think they lend themselves to great story telling over longer periods of time (Pirates of the Caribbean 2 through 4). You need great characters to sustain a TV show and having Michael Bay, producer on Black Sails, doesn’t exactly say “characters first!” But Black Sails showrunner Jon Steinberg (Jericho and Human Target) and those charming pirates can be very persuasive on why Black Sails features a different breed of pirate.

No clichés
Black Sails will contain all those things you expect from a show about pirates (battles on the high seas, looting, treachery, brutal acts, sailor fun at port, big sword fights, etc…) but in a more realistic way.
“No parrots, no peg legs” Jon vows. Black Sails is not about the clichéd pirate, but everyday people who happen to be pirates. “It’s a story about people who wake up in the morning and have to fight a whole bunch of people for the money they need to continue to live. It’s work.” 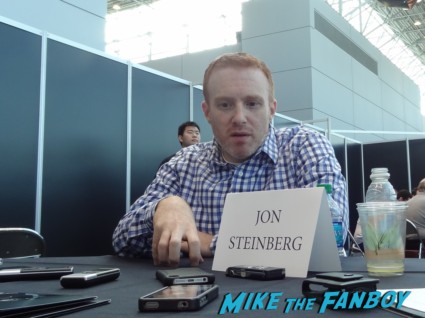 “When you start to think about it, the violence is exactly what they [pirates] don’t want. They want to make you afraid of the violence so that you will give up your stuff without having to fight and damage it. That’s cool… There’s so much about it that politically, in every direction, it felt like a show. It felt like the show that are the reasons why I want to make TV: Deadwood and The Sopranos and The Wire. It just felt like a place where the office politics of it were fascinating enough to carry a story.” Jon discusses this a bit further in the following video with a quick tagline by Mark Ryan who plays quartermaster Gates:

Meet the pirates — some familiar names and some new ones

Jon describes the show as “very loosely structured as a prequel to Treasure Island. There is a Treasure Island mythology that runs through it in Captain Flint, John Silver and Billy Bones and other characters that are coming down the road. At the same time, it is taking place in a historically true place, Nassau, where England left, where there was no flag, there was no law and these people had to figure out how to make it work on their own. There are historical characters that are a part of it in Charles Vane, Anne Bonney and Jack Rackham, Benjamin Hornigold. The third piece that’s keeping it all together are characters that we’ve put together out of composites of other people in Eleanor Guthrie, Max and Gates that are hopefully keeping those two worlds working together.” 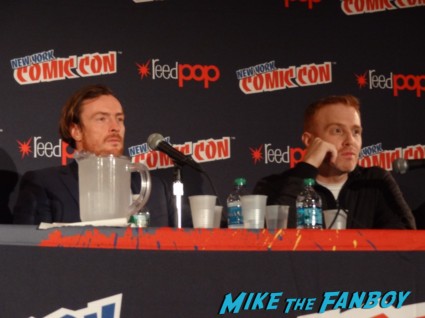 So technically you could look at Treasure Island for spoilers, it may not be too helpful as Toby Stephens (Die Another Day, Twelfth Night, Jane Eyre, Robin Hood) who plays Captain Flint points out “I read Treasure Island. He’s [Captain Flint] referenced to it and there a couple of clues in there – he’s a terrifying pirate. But apart from that, there’s not much and then he’s dead. The treasure on Treasure Island is his. He went there with 10 men and came back alone. So everything was up for grabs, apart from that.” 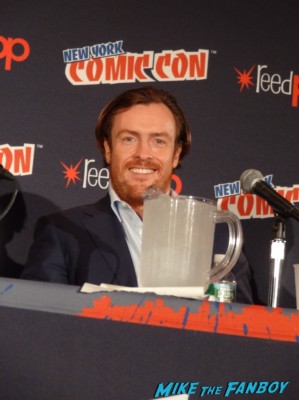 As (Long) John Silver, Luke Arnold is “more worried about how I’m going to lose the leg. It’s kind of a really fun thing – I don’t know when it’s going to happen, how it’s going to happen… It’s an interesting thing as an origin story for such a well-known character. From the book, we hear from Silver on how he loses his leg, but I don’t know if you can trust a single word that comes out of his mouth. Like Flint, we have the license there to end up any way that Jon chooses.” 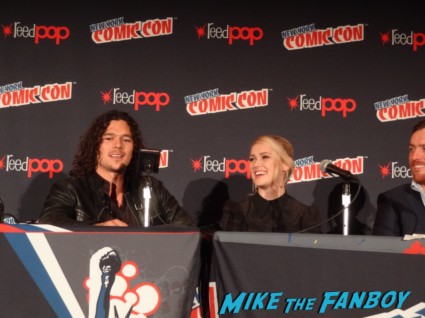 There are also lots of blanks for the real historical characters as Zach McGowan (Shameless) tells it: “I play one of the characters that’s a real man that existed back in the early 1700’s, Charles Vane. There’s a lot about him written. You can google him and there’s a Wikipedia page for God’s sakes. There’s a chronology of ships that were taken, when he did this and how was killed and how much money changed hands, but there’s not much about the man himself. Who he was, what he felt about this, why he did this, where he was born, whether he had parents or was an orphan, did he grow up on a ship or land? It’s a cool character to play where you’re mixing what you know happened with you’re coming up with.” 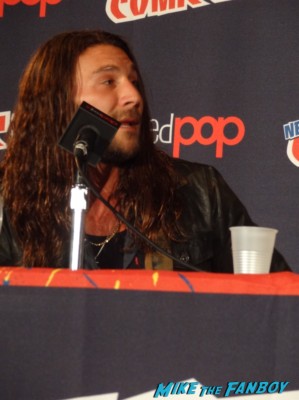 The new characters were created with a sense of what’s historically accurate for the specific setting for the show. As Jon states “part of what was a surprised to us was that the captains were really at the mercy of their men.” 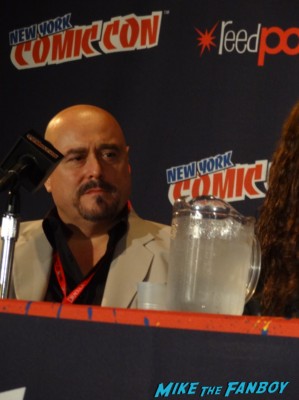 While the pirating world is dominated by men, there are some fierce women to contend with as Hannah New explains: “They are long periods of time where crews are off hunting treasure. In that way, the population of the island is predominately female.” Hannah is playing a new character: “Eleanor Guthrie who is the fence – she takes pirate goods and she sells them back to ships. For that reason she’s the main economic and political power on the island. The pirates have to apply for her favor most of the time and in that way she is a very determined young woman who is a very astute business woman and it’s an incredible role to play. With regards to history, it’s amazing that a character like that would have existed but maybe hadn’t made it into the history books. “ 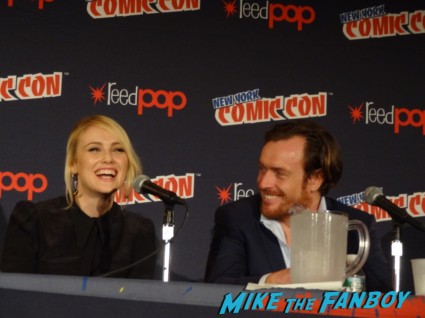 Jessica Parker Kennedy, familiar from her roles in the 90210 re-boot and The Secret Circle, is playing a very different character this time around: “I play Max, a young prostitute in Nassau. I work at one of the many brothels there. It’s a battle of survival for her. It’s a difficult job now and it’s a difficult job then. And she’s forced to use her wits and her powers of seduction and her manipulative abilities to survive.” 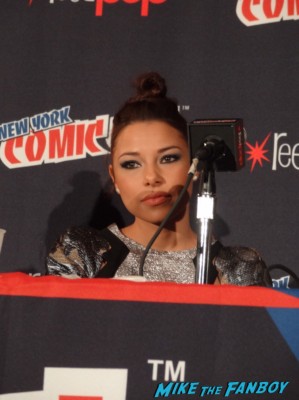 An intriguing group of characters, right? Just wait for them to sprinkle in more of the setting to stir things up…

Black Sails takes place in the golden age of piracy

As Toby describes the context of the time, we get a feel for the pressures on these characters: “It’s such a fascinating period. You have slavery, you have America as a colony, on the horizon there’s the American War of Independence [as a Brit he can’t say the Revolutionary War…ha!], the French Revolution, your Age of Enlightenment. This is all happening at the same time. Rather than these mythological worlds where pirates exist on their own, it just so happens that they’re walking around in 18th century costumes, but it’s a totally fantastical world where this has a place in time and there’s a pragmatic sense of these guys are there earning a living. It’s a really dangerous world in which they exist, it’s not glamorized and you have to think about what you’re going to do. They’re always living on the edge of survival. They’re doing this because they have to survive. It creates a totally different world. I think people who come to this expecting they mythological world – what they’ll get is so much more entertaining and so much more interesting.” 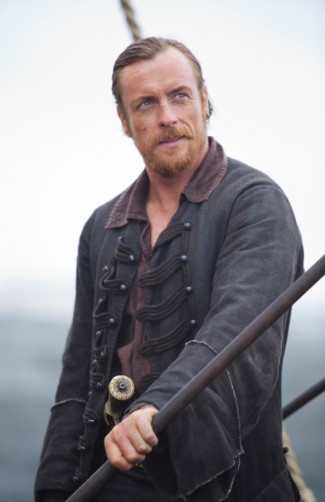 So don‘t worry, there’s plenty of fun pirate action ahead!

“You guys are in for some awesomeness when you finally get to see it! I envy you. You’re going to get to watch it for the first time,” Zach enthuses. 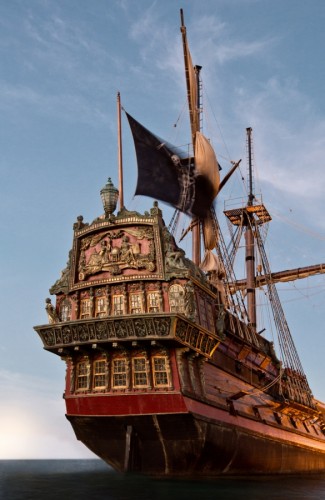 With his flair for getting to the heart of the matter, Mark describes his first experience in seeing the show: “Wow. It was projected down at Comic Con and, I’ve said this before, this is an 8 hour movie and when’s it’s projected down there we looked at it and went ‘this is a film.’ This looks like a $200 million dollar movie so it’s an 8 hour film. We changed the paradigm of what you think about television drama.”

Sound intriguing?
I’ll be back with more tales from my interviews with the cast and creator of Black Sails. We’ll talk pirate school, working with Michael Bay, smelly pirates and swimming with sharks (thank God for metal cages!)

Black Sails will air on Starz in January, but here’s a look at the latest trailer: