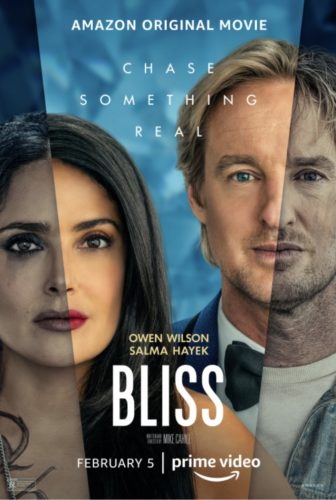 Some simulations shouldn’t seem sentient, yet for incredible reasons these soporific storylines in alternate realities continue letting you down. For his first film in seven years, Mike Cahill’s “Bliss” is a bereft, mind-bending love story starring Owen Wilson and Salma Hayek.

Recently divorced, Greg (Owen Wilson) is questioning life and struggling for purpose after getting fired. While in a bar, he meets a mysterious, seductive stranger named Isabel (Salma Hayek), who convinces Greg the world is merely a sybaritic simulation. This incredibly intrinsic computer simulation hides the pathetic, polluted and putrid world rotting before their eyes. Despite being initially skeptical, Greg garners enough “proof” that there’s definitely more to Isabel’s crazy computer conspiracy. 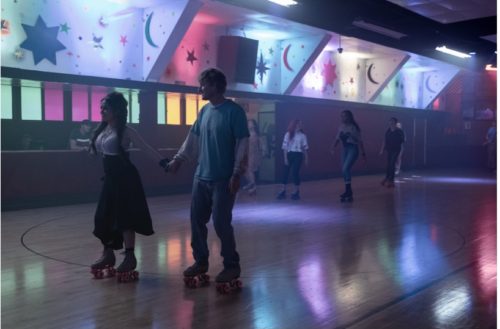 Writer/Director Mike Cahill follows up “Another Earth” and “I Origins,” with this pseudo-romance story meets “The Matrix.” This unique urban fantasy certainly creates a surreal, stylized movie with a fragile protagonist searching for felicity. The curious concept set in an alternate reality relies on a beautiful, bizarre siren, played wonderfully by Salma Hayek, to convince a desperate, dogmatic lost soul woefully played by Owen Wilson. “Bliss” is an aggravatingly annoying parable about mental illness that constantly catwalks between brilliance and absurdity. Director Mike Cahill curiously thrives on these stunning sci-fi visions without disregard for mainstream audiences, which I applaud, but the ambitious Avant-garde nature fails foolishly here. Too many times I found myself scratching my head and began wondering what happened with production? Did Cahill chase big budgets too much and get lost in his story?

The film feels like an immersive world like you would expect an ambiguous futuristic world a la “Minority Report” and “The Island,” but it teeters on ridiculousness with viewers wondering is it a romance, sci-fi, or what type of film? The film’s fleeting moments seem similar to that of “Serenity” and “Passengers.” Sure there are a couple of entertaining cameos with scientist Bill Nye and philosopher Slavoj Žižek, but the phony pretentious “smart smokescreen” can’t cover for this fashionable faux film. The movie is trying too hard and loses the authenticity, which made Mike Cahill’s previous efforts wonderful. 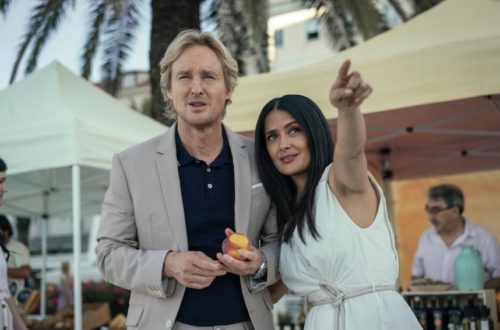 However, the biggest folly falls on its lead actor Owen Wilson. Almost bringing his comically signature soundbite, “WOW” to life,  you can’t help but utter it way too many damn times throughout the film. It’s a prime example of an excruciatingly, egregious miscast. However, if you’re want to experience something slightly different or need your fix for a malleable, mildly-appeasing movie this might be the “Bliss” your craving.