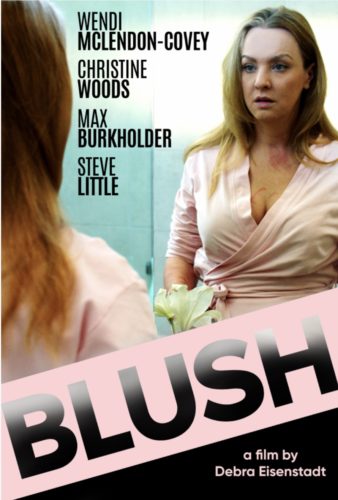 Wendi McLendon-Covey captures your heart in the interesting indie “Blush.” Unfortunately, it’s a film without enough focus and too much familiarity.

Obsessive-compulsive suburban mother Cathy Thyne (Wendi McLendon-Covey) might be your typical go-getter housewife. At Lincoln Middle School, she’s the unofficial head of the PTA with the Angel Committee and dominates the bake sales, yet she struggles to find purpose in her life. Cathy’s whole world is falling apart while suspecting her husband Matthew (Steven Little) might be having an affair and her 13-year-old daughter Tara (Kate Alberts) seemingly estranged. While her sister Gail (Catherine Curtin) is away at a six-week retreat, Cathy cat-sits and continuously cleans her sister’s house, but soon becomes consumed with spying on the neighboring family. Cathy’s ostensibly ordinary world is turned upside down once she starts interacting with the quirky, outspoken neighbor Gemma Jean (Christine Woods) and their mutual fascination with one another takes their families on an interesting, intertwined journey. 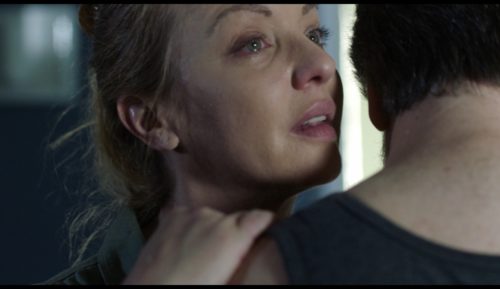 “Blush” portrays the raw, real side of middle age life and the idea of narcissistic entitlement. Wendi McLendon-Covey completely plays against type in a delightful, dramatic role and it’s a real treat witnessing her uninhibited performance. For fans of “Reno 911!” and “The Goldbergs,” viewers will be disappointed if they’re looking for something funny as her role teeters too often focusing on familiar frustrations about suburbia. In the beginning, there is a marvelous montage of Cathy’s morning mundane routines, which feels like a great homage to Joe Gideon’s “All That Jazz” mirror routine. Sadly, “Blush” mismanages opportunities consistently with McLendon-Covey’s convincing role and creates a terrible tone throughout while wavering trying to find itself.

Instead it’s a disastrous dramedy about a dissatisfied suburban mom aimlessly going through life, who continuously puts up walls with everyone around her. Despite the best of intentions and McLendon-Covey’s vulnerability, “Blush” can’t capture the right balance. It sadly struggles with wonderful comedic moments and depressing dramatic situations without a real focus. There are nuggets like an affair, Oedipal complex, visits to rehab and teenage romance, but in the end as a viewer, much like the filmmakers, you’re going through the motions. 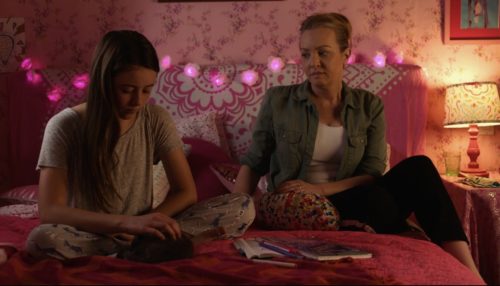 Meeting new people who “open your eyes” is nothing groundbreaking, but “Blush” makes the concept of meeting people with different personalities pretty bland. There is no organic energy and everything feels forced, especially the character’s decisions, as though the filmmakers think suburban America is uncharted territory. McLendon-Covey commands the screen and deservingly so, but overall the cast of characters maintain lackluster chemistry except Steven Little and Max Burkholder. Sadly, there are not enough scenes with either male character and the film can’t fully flourish when none of the three are on screen. There are glimmers of hope, but not enough to really remember.

Some might find the film moving and interesting as you witness Cathy’s life unravel before your eyes. It’s an intriguing perspective with how she tries to rebuild herself and the dialogue at times does satisfy your ears. However, in the end it’s another midlife crisis movie meandering around without the dramatic depth, snappy script and captivating characters to warrant watching unless you want to see real life on the screen.