There are so many movies that Bobcat Goldthwait has been in, that I love. Police Academy, One Crazy Summer, just to name a couple. Now, I was going to head to this event for Bobcat’s new film Willow Creek, but sadly I couldn’t go. Doh!

Paul however, headed down and enjoyed the movie, q and a and even met Bobcat himself!

OK, now I am officially obsessed with Bobcat Goldthwait.

He is one of the funniest, craziest people alive! I met him once before over at Jimmy Kimmel’s star ceremony, but it was pouring rain and a hot mess.

This time I was prepared; I brought my ultra-rare LP of “Meat Bob” and headed to the silent movie theater to check out his latest film “Willow Creek,” which is a found footage horror flick in the style of Cannibal, Holocaust, and The Blair Witch Project.

When I arrived I was the first one there; slowly people started arriving and we all found our seats and waited for Bobcat. Of course, while the line for everything was long, I poked my nose outside and there he was – “Shakes the Clown” himself – chatting it up! 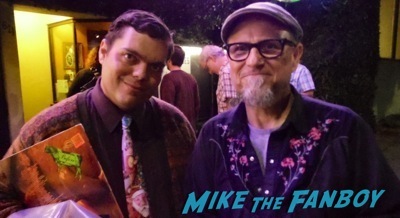 So, I approached him and right away he signs my record and we start chatting about various things. Afterwards we both head in for the Q&A, which was quite amusing. The movie was good – definitely Bobcat material – and as soon as the second Q&A started Bobcat noticed a guy in the front row sound asleep with his hand in the popcorn. So, he whipped out his cell phone and took several pics of the guy! He also brought Bryce Johnson to the stage (who starred in it and wasn’t killed by Bigfoot after all) 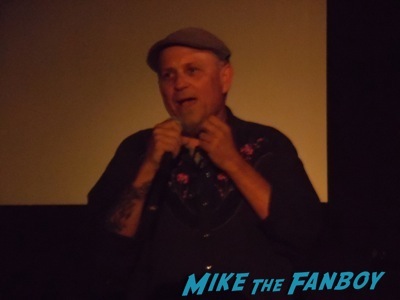 and they shared a lot of casting stories and the fun they had on-set. It was awesome! 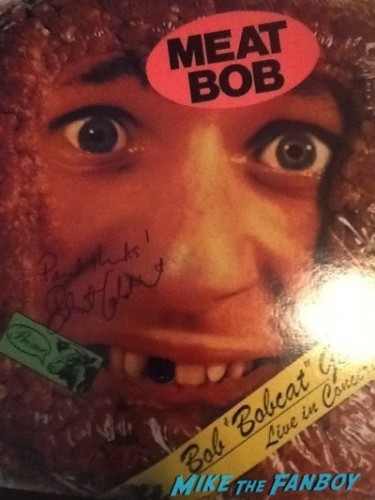