Some of my favorite books of the year are being released today! There’s some great contemporary books, fantasy books, books with romance, books with death, thrilling adventures and more.  There’s a little bit of everything this week so its a great week to empty out your wallet!

The Diabolic by S.J. Kincaid 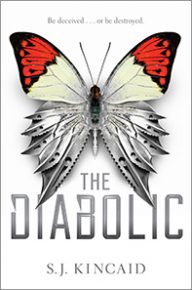 Pitch: The Terminator goes undercover as a political hostage

Nemesis is a Diabolic, a humanoid teenager created to protect a galactic senator’s daughter, Sidonia. The two have grown up side by side, but are in no way sisters. Nemesis is expected to give her life for Sidonia, and she would do so gladly. She would also take as many lives as necessary to keep Sidonia safe.

When the power-mad Emperor learns Sidonia’s father is participating in a rebellion, he summons Sidonia to the Galactic court. She is to serve as a hostage. Now, there is only one way for Nemesis to protect Sidonia. She must become her. Nemesis travels to the court disguised as Sidonia—a killing machine masquerading in a world of corrupt politicians and two-faced senators’ children. It’s a nest of vipers with threats on every side, but Nemesis must keep her true abilities a secret or risk everything.

As the Empire begins to fracture and rebellion looms closer, Nemesis learns there is something more to her than just deadly force. She finds a humanity truer than what she encounters from most humans. Amidst all the danger, action, and intrigue, her humanity just might be the thing that saves her life—and the empire.”

Quick take: This book delivers in pretty much every dimension you can think of: interesting characters, vividly drawn world, intriguing plot and lots of curve balls up until the very end. Nemesis is not engineered to be fully human so it’s fascinating to see her deal with humanity in an outside perspective and to process things as she acts human. Ultimately she’s made to be a killer so her thoughts aren’t sweet or innocent and she doesn’t shy away from getting blood on her hands. Nicely refreshing to have such a bold character. There are plenty of power plays in this world with its clash of classes and here’s where the double and triple crosses will keep you guessing.

The Sun is Also a Star by Nicola Yoon 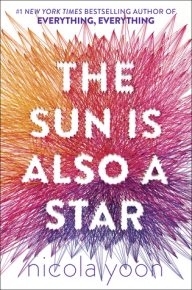 Story: “Natasha: I’m a girl who believes in science and facts. Not fate. Not destiny. Or dreams that will never come true. I’m definitely not the kind of girl who meets a cute boy on a crowded New York City street and falls in love with him. Not when my family is twelve hours away from being deported to Jamaica. Falling in love with him won’t be my story.

Daniel: I’ve always been the good son, the good student, living up to my parents’ high expectations. Never the poet. Or the dreamer. But when I see her, I forget about all that. Something about Natasha makes me think that fate has something much more extraordinary in store—for both of us.

The Universe: Every moment in our lives has brought us to this single moment. A million futures lie before us. Which one will come true?”

Quick take: There are lots of contemporary YA romances out there, but the characters and the format are so unique that this isn’t like any you’ve read before. Daniel and Natasha are earnest, distinct and so adorable. This book is also about fate and the little things that make a difference in our lives. There’s a story to every person and every decision has a ripple effect. Is it fate? How many things have to go a certain way to ensure two people meet? As deep as these thoughts are, the book is breezy and one you’ll devour in one sitting.

Blood for Blood by Ryan Graudin 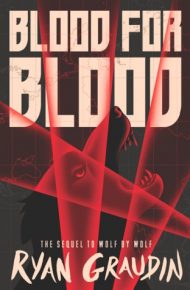 Pitch: An action-packed, thrilling sequel to Ryan Graudin’s Wolf by Wolf, set in an alternate history where Hitler won WWII.

For the resistance in 1950s Germany, the war may be over, but the fight has just begun.

Death camp survivor Yael, who has the power to skinshift, is on the run: the world has just seen her shoot and kill Hitler. But the truth of what happened is far more complicated, and its consequences are deadly. Yael and her unlikely comrades dive into enemy territory to try to turn the tide against the New Order, and there is no alternative but to see their mission through to the end, whatever the cost.

But dark secrets reveal dark truths, and one question hangs over them all: how far can you go for the ones you love?

This gripping, thought-provoking sequel to Wolf by Wolf will grab readers by the throat with its cinematic writing, fast-paced action, and relentless twists.”

Quick take: I love this series because the books are so unique, smart and fascinating. Blood for Blood is a terrific book, but it’s a messier than Wolf by Wolf. Blood for Blood starts off with a lengthy transition before it dives into the explosive endgame. This book tackles the idea of identity more head-on than the first book. Very eerie reading given the current political climate for this election year. This is an alternate history, but there’s so much to learn here. It’s an amazing action story with strong characters and a mesmerizing world. 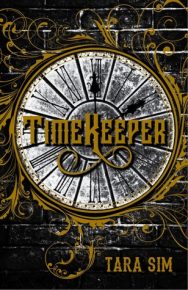 Story: “In an alternate Victorian world controlled by clock towers, a damaged clock can fracture time—and a destroyed one can stop it completely.

It’s a truth that seventeen-year-old clock mechanic Danny Hart knows all too well; his father has been trapped in a Stopped town east of London for three years. Though Danny is a prodigy who can repair not only clockwork, but the very fabric of time, his fixation with staging a rescue is quickly becoming a concern to his superiors.

And so they assign him to Enfield, a town where the tower seems to be forever plagued with problems. Danny’s new apprentice both annoys and intrigues him, and though the boy is eager to work, he maintains a secretive distance. Danny soon discovers why: he is the tower’s clock spirit, a mythical being that oversees Enfield’s time. Though the boys are drawn together by their loneliness, Danny knows falling in love with a clock spirit is forbidden, and means risking everything he’s fought to achieve.

But when a series of bombings at nearby towers threaten to Stop more cities, Danny must race to prevent Enfield from becoming the next target or he’ll not only lose his father, but the boy he loves, forever.”

Quick take: This is one of those fascinating mash up where all these odds and ends get thrown in together, and somehow, the story works. There are some great characters, a big mystery and tons of world-building. Tara Sim manages to balance a whole of ideas and creates a unique adventure romance. For something fresh and different, give this one a try!

The Amateurs by Sara Shepard 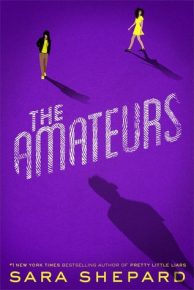 Pitch: A mystery thriller from the author of Pretty Little Liars about a group of teens who decide to solve a cold-case murder

Story: “As soon as Seneca Frazier sees the post on the Case Not Closed website about Helena Kelly, she’s hooked. Helena’s high-profile disappearance five years earlier is the one that originally got Seneca addicted to true crime. It’s the reason she’s a member of the site in the first place.

So when Maddy Wright, her best friend from the CNC site, invites Seneca to spend spring break in Connecticut looking into the cold case, she immediately packs her bag. But the moment she steps off the train in trendy, glamorous Dexby, things begin to go wrong. Maddy is nothing like she expected, and Helena’s sister, Aerin Kelly, seems completely hostile and totally uninterested in helping with their murder investigation.

But when Brett, another super user from the site, joins Seneca and Maddy in Dexby, Aerin starts to come around. The police must have missed something, and someone in Dexby definitely has information they’ve been keeping quiet.

As Seneca, Brett, Maddy, and Aerin begin to unravel dark secrets and shocking betrayals about the people closest to them, they seem to be on the murderer’s trail at last. But somewhere nearby the killer is watching . . . ready to do whatever it takes to make sure the truth stays buried”

Quick take: There are lots of surprises and twists as this mismatched Scooby gang digs into what happened to Helena Kelly. The 5 amateur sleuths are interesting since they are all flawed and hurting. It’s nice that they aren’t just stereotypes, but it also means that they don’t always get along or that they some times do stupid things. It’s an interesting thriller with lots of twists and, no, I didn’t quite see that ending coming! There’s a really satisfying ending to this book and it also sets up the next book quite nicely. 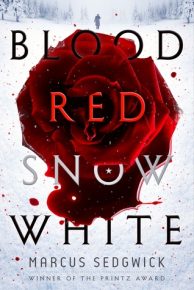 Story: “When writer Arthur Ransome leaves his home in England and moves to Russia to work as a journalist, it is with little idea of the violent revolution about to erupt. Unwittingly, he finds himself at its center, tapped by the British to report back on the Bolsheviks even as he becomes dangerously romantically entangled with revolutionary leader Trotsky’s personal secretary. Both sides seek to use Arthur for their own purposes…and, as he struggles to find autonomy, both sides grow to suspect him of being a double agent. Arthur wants only to elope far from the conflict with his beloved. But when he attempts to extract himself and Evgenia from the complicated politics and politicians that he fears will lead them both to their deaths, the decisions he faces are the most dangerous and difficult of his life”

Quick take: The first section of the book is written like a fable and mixes up some of Arthur Ransome’s works, his life and Russian history. The second section is about Arthur and his life as a news correspondent during the turbulent Bolshevik uprising. It’s told in flashback as he preps for a very important meeting. The last section is more of a straight-forward narrative of his struggle to figure out where he belongs and with whom. So the narrative is a bit schizophrenic, though the prose is lovely.

Thanks to Simon and Schuster (The Diabolic), Delacorte Press (The Sun is Also a Star), Little Brown for Young Readers (Blood for Blood), Macmillan (Blood Red Snow White), Sky Pony Press (Timekeeper) and Disney-Hyperion (The Amateurs) for providing the books for review. Want more details on my impression of these and other books? Check out my ratings and full reviews at Goodreads.