Sometimes I am really excited to post my quick takes round up and other times, well, not so much. This edition of Book Beat has quick takes on one book I enjoyed and some books other readers may enjoy more than me. 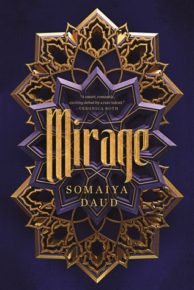 Pitch: The decoy for a spoiled princess may spark a revolution in a new Asian-inspired science-fiction/fantasy series

Story: In a star system dominated by the brutal Vathek empire, eighteen-year-old Amani is a dreamer. She dreams of what life was like before the occupation; she dreams of writing poetry like the old-world poems she adores; she dreams of receiving a sign from Dihya that one day, she, too, will have adventure, and travel beyond her isolated moon.

But when adventure comes for Amani, it is not what she expects: she is kidnapped by the regime and taken in secret to the royal palace, where she discovers that she is nearly identical to the cruel half-Vathek Princess Maram. The princess is so hated by her conquered people that she requires a body double, someone to appear in public as Maram, ready to die in her place.

As Amani is forced into her new role, she can’t help but enjoy the palace’s beauty—and her time with the princess’ fiancé, Idris. But the glitter of the royal court belies a world of violence and fear. If Amani ever wishes to see her family again, she must play the princess to perfection…because one wrong move could lead to her death.

Quick take: The story flies by with some great characters and an engrossing story of colonization, betrayal and subterfuge. I enjoyed this well-told page turner set in a refreshingly different world. The story ends with tons more to be resolved in future books so settle in for an interesting new series! 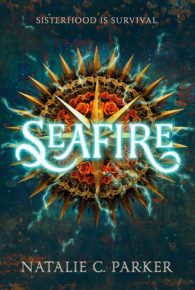 Pitch: The publisher pitches this as Wonder Woman on the high seas

Story: After her family is killed by corrupt warlord Aric Athair and his bloodthirsty army of Bullets, Caledonia Styx is left to chart her own course on the dangerous and deadly seas. She captains her ship, the Mors Navis, with a crew of girls and women just like her, whose lives have been turned upside down by Aric and his men. The crew has one misson: stay alive, and take down Aric’s armed and armored fleet.

But when Caledonia’s best friend and second-in-command just barely survives an attack thanks to help from a Bullet looking to defect, Caledonia finds herself questioning whether or not to let him join their crew. Is this boy the key to taking down Aric Athair once and for all…or will he threaten everything the women of the Mors Navis have worked for?

Quick take: Seafire features tons of action and lots of fierce women, but I couldn’t connect with this book. The characters need more development since readers are told the characters have certain traits, but they don’t demonstrate them. Examples: Caledonia is supposed to be a badass captain, but all she does is make mistakes. The crew are supposed to be a fierce and united crew, but all they do is bicker and disobey. So some readers may enjoy the adventure, but this wasn’t for me

City of Ghosts by Victoria Schwab 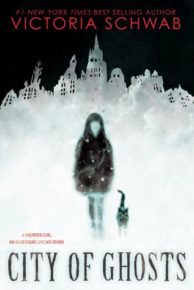 Story: Cassidy Blake’s parents are The Inspectres, a (somewhat inept) ghost-hunting team. But Cass herself can REALLY see ghosts. In fact, her best friend, Jacob, just happens to be one.

When The Inspectres head to ultra-haunted Edinburgh, Scotland, for their new TV show, Cass—and Jacob—come along. In Scotland, Cass is surrounded by ghosts, not all of them friendly. Then she meets Lara, a girl who can also see the dead. But Lara tells Cassidy that as an In-betweener, their job is to send ghosts permanently beyond the Veil. Cass isn’t sure about her new mission, but she does know the sinister Red Raven haunting the city doesn’t belong in her world. Cassidy’s powers will draw her into an epic fight that stretches through the worlds of the living and the dead, in order to save herself.

Quick take: I enjoyed the creepy atmosphere and love letter to Edinburgh, but not everything worked for me. This is a Middle Grade book, but Cassidy and the other 12 year olds act like they’re much older. The story was quite predictable with plot points very clearly telegraphed. That can still be fine if the book is well told, but I just couldn’t get into it. 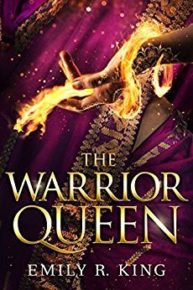 Pitch: The fourth and final book in a fantasy series that began as a mix of The Wrath and the Dawn meets The Hunger Games

Story: In the final volume of The Hundredth Queen Series, Kalinda will risk everything to save the man she loves.

Kalinda has brought peace to the Tarachand Empire, at least for now. Bhutas no longer need to hide their gifts. The last of the rebels have been banished. And Prince Ashwin is set to take over as rajah.

But for Kalinda, this all came at a great loss. Her childhood home. Her best friend. The love of her life.

Deven is still trapped in the Void, although he is able to find his way to Kalinda each night. He has been lucky so far — mortals are not meant to last in the Void for long, and Deven has lasted longer than most. But when he doesn’t visit her one night, Kalinda knows that his luck has run out.

She will do whatever it takes to save the man she loves, even if it means convincing a god to guide her through the Void. Freeing a mortal from the Void is nearly impossible, but Kalinda has never let those odds stop her before.

Quick take:  I do love the covers for this series, but I haven’t loved all the books. The first book was solid with potential to grow, but the next books really focused on lots of action and magic at the expense of the character arcs. I never liked Devon so this book features a whole lot of effort to rescue someone I don’t care for. If you like really complicated plots, you may enjoy this series more than I did.

Thanks to Flatiron (Mirage), Penguin Teen (Seafire), Scholastic (City of Ghosts) and Skyscape (The Warrior Queen) for providing the books for review. Want more details on my impression of these and other books? Check out my ratings and full reviews at Goodreads. 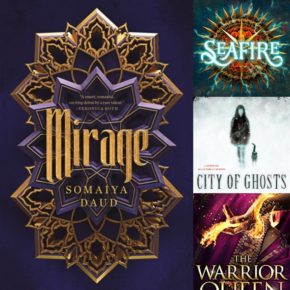