This snow won’t go away and my latest crop of quick takes features that same mix of winter and summer! There’s a wintery tale in Sky in the Deep (Vikings belong in the winter) and a couple of summer stories (Stay Sweet and Love Songs & Other Lies) too. Check out the titles below, don’t dawdle too long if you want to pre-order a few and score some bonus goodies!

Sky in the Deep by Adrienne Young 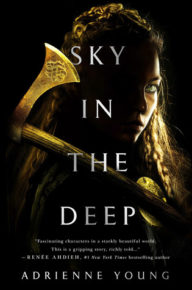 Pitch: Vikings for the YA crowd!

Raised to be a warrior, seventeen-year-old Eelyn fights alongside her Aska clansmen in an ancient rivalry against the Riki clan. Her life is brutal but simple: fight and survive. Until the day she sees the impossible on the battlefield—her brother, fighting with the enemy—the brother she watched die five years ago.

Faced with her brother’s betrayal, she must survive the winter in the mountains with the Riki, in a village where every neighbor is an enemy, every battle scar possibly one she delivered. But when the Riki village is raided by a ruthless clan thought to be a legend, Eelyn is even more desperate to get back to her beloved family.

She is given no choice but to trust Fiske, her brother’s friend, who sees her as a threat. They must do the impossible: unite the clans to fight together, or risk being slaughtered one by one. Driven by a love for her clan and her growing love for Fiske, Eelyn must confront her own definition of loyalty and family while daring to put her faith in the people she’s spent her life hating.”

Quick take: It’s a rare historical fiction that’s also a thrilling adventure with tons of action. Sky in the Deep is a refershing and vibrant take on Vikings which don’t get a lot of YA love. This is a standalone book, but the good news is a companion story is on the way!

Bonus: The author is sending folks who pre-order the book a few goodies including a signed book plate and a chance for a grand prize. Click here for more details. 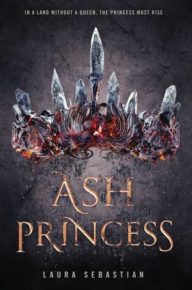 Pitch: The start of a new fantasy story where a princess, held hostage by her country’s conquerors, starts to rebel

Story: “Theodosia was six when her country was invaded and her mother, the Queen of Flame and Fury, was murdered before her eyes. Ten years later, Theo has learned to survive under the relentless abuse of the Kaiser and his court as the ridiculed “Ash Princess.” Pretending to be empty-headed and naive when she’s not enduring brutal whippings, she pushes down all other thoughts but one: Keep the Kaiser happy and he will keep you safe.

When the Kaiser forces her to execute her last hope of rescue, Theo can’t keep her feelings and memories pushed down any longer. She vows revenge, throwing herself into a plot to seduce and murder the Kaiser’s warrior son with the help of a group of magically gifted and volatile rebels. But Theo doesn’t expect to develop feelings for the Prinz. Or for her rebel allies to challenge her friendship with the one person who’s been kind to her throughout the last hopeless decade: her heart’s sister, Cress.

Cornered into impossible choices and unable to trust even those who are on her side, Theo will have to decide how far she’s willing to go to save her people and how much of herself she’s willing to sacrifice to become queen.”

Quick take: It takes a bit of set up to get this tale going since there’s lots of world-building and Theodosia isn’t taking action yet. (She’s stewing in her well-founded anger which is never fun.) When she starts to act, a possible love triangle appears and the story gets moving along. There are familiar tropes here but there’s enough of a twist to keep things interesting in this promising new series. 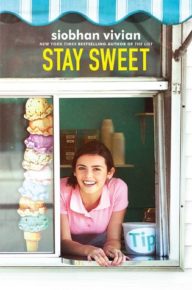 Pitch: A fun summer contemporary about a girl figuring out who she is, a boy, her BFF and lots of ice cream.

Story: “Summer in Sand Lake isn’t complete without a trip to Meade Creamery—the local ice cream stand founded in 1944 by Molly Meade who started making ice cream to cheer up her lovesick girlfriends while all the boys were away at war. Since then, the stand has been owned and managed exclusively by local girls, who inevitably become the best of friends. Seventeen-year-old Amelia and her best friend Cate have worked at the stand every summer for the past three years, and Amelia is “Head Girl” at the stand this summer. When Molly passes away before Amelia even has her first day in charge, Amelia isn’t sure that the stand can go on. That is, until Molly’s grandnephew Grady arrives and asks Amelia to stay on to help continue the business…but Grady’s got some changes in mind…”

Quick take: This one is all about finding yourself when life knocks you off your path. Yes, there’s a boy and a best friend and those relationships are rocky and troubled, but the real story is about Amelia figuring out who she wants to be. And about ice cream. So much ice cream! Yum!

Bonus: There are also gifts for those who send proof of pre-ordering  Stay Sweet — a Meade Creamery t-shirt! It’s a really generous and adorable tie-in so check out Siobhan’s tweet for more details.

Gates of Thread and Stone by Lori M. Lee 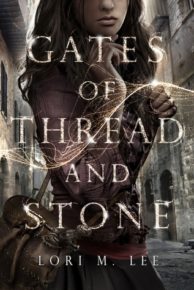 Pitch: Unusual fantasy with magic, wastelands and a girl risking everything for her mysteriously missing brother

Story: “In a city of walls and secrets, where only one man is supposed to possess magic, seventeen-year-old Kai struggles to keep hidden her own secret—she can manipulate the threads of time. When Kai was eight, she was found by Reev on the riverbank, and her “brother” has taken care of her ever since. Kai doesn’t know where her ability comes from—or where she came from. All that matters is that she and Reev stay together, and maybe one day move out of the freight container they call home, away from the metal walls of the Labyrinth. Kai’s only friend is Avan, the shopkeeper’s son with the scandalous reputation that both frightens and intrigues her.

Then Reev disappears. When keeping silent and safe means losing him forever, Kai vows to do whatever it takes to find him. She will leave the only home she’s ever known and risk getting caught up in a revolution centuries in the making. But to save Reev, Kai must unravel the threads of her past and face shocking truths about her brother, her friendship with Avan, and her unique power.”

Quick take: This isn’t going to go how you expect. I like a lot of the characters and it’s refreshingly different with a lot of interesting turns. Book two is also out which is good because this ends by flipping a lot of the story on its head. 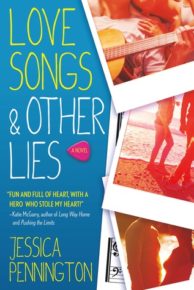 Pitch: Contempary romance about a girl’s ex-boyfriend and his band on the rise

Story: “It’s summer romance and second chances, the songs that stay in your head, and the boy you’ll never forget.

Two years after rock-song-worthy heartbreak, Virginia Miller is looking forward to a fun, carefree summer. Her friends just landed a spot on a battling bands reality show, and Vee is joining them for her dream internship on tour. Three months with future rockstars seems like an epic summer plan. Until she learns she’ll also be sharing the bus with Cam. Her first love, and her first heartbreak. Now Vee has more than just cameras to dodge, and Cam’s determination to win her forgiveness is causing TMZ-worthy problems for both of them. With cameras rolling, she’ll have to decide if her favorite breakup anthem deserves a new ending. And if she’s brave enough to expose her own secrets to keep Cam’s under wraps.”

Quick take: There’s a lot of talent in Jessica Pennington’s debut; interesting characters and a deft hand with bringing out their emotions. So lots of people will enjoy this emotion-driven story about second chances. I’m not a fan of reality TV/Internet fandom fantasies and some of the characters make odd choices for a forced plot twist. Still, I did enjoy the emotions and I look forward to her next work.

Thanks to Wednesday Books (Sky in the Deep), Penguin Random House (Ash Princess), Simon & Schuster (Stay Sweet) and Tor (Love Songs & Other Lies) for providing the books for review. Want more details on my impression of these and other books? Check out my ratings and full reviews at Goodreads. 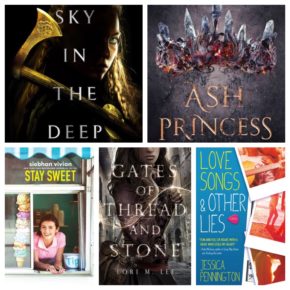