This year was the first official BookCon @ NYCC! While books have always had a strong presence at NYCC, Reed Pop decided to formally call out its presence with the BookCon name and an additional venue. 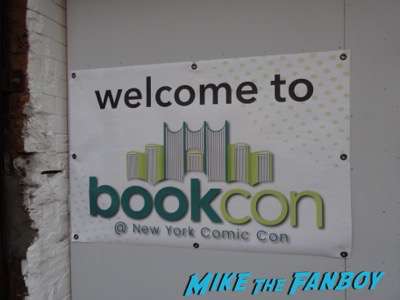 BookCon @ NYCC got a separate location at the Hudson Mercantile for bigger panels and post-panel signings. It’s a nice addition to the normal stuff happening at Javits with the rest of NYCC, but I will admit I didn’t get to the panels since the extra time to break out of Javits was too much when you’re running around.

Fortunately, the publishers had full and busy schedules at Javits with lots of signings, giveaways and panels.

I was excited to meet E.K. Johnston who signed early copies of her new book, Ahsoka, just before it hit the NYT bestseller list! Ahsoka gives the backstory on a favorite Star Wars Clone Wars and Star Wars Rebels character. 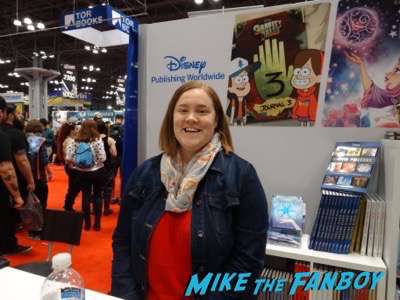 Victoria Schwab signed copies of Vicious and gave away book wraps for her Shades of Magic series. Look for magic, parallel dimensions and a whole lot more. The final book, A Conjuring of Light, comes out on February 21st. 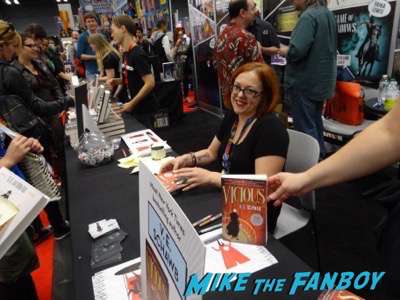 AdriAnne Strickland signed advanced copies of her debut, Shadow Run, which is pitched as “Firefly meets Dune.” Sign me up! 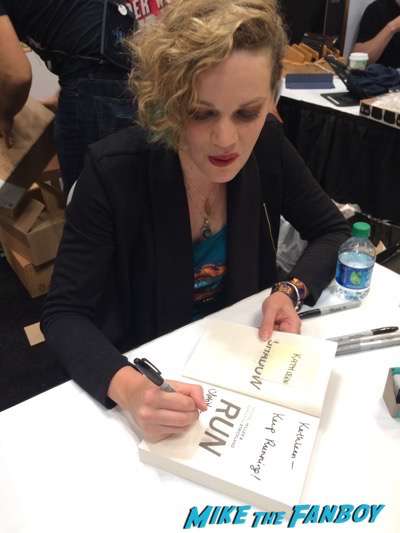 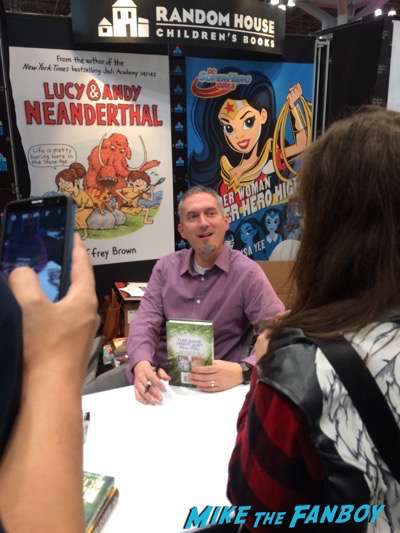 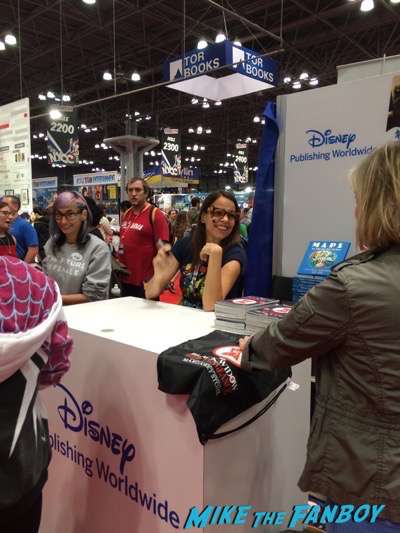 Yep, lots of good stuff! Here’s my book haul for the weekend: 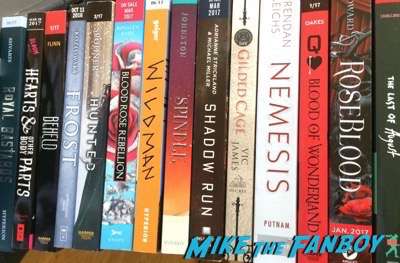 I’m super excited about The Last of August, the next Charlotte Holmes novel by Brittany Cavallaro. This series follows the modern day ancestors of Holmes and Watson. It’s a real love letter to Sir Arthur Conan Doyle’s stories and so much fun. If you haven’t read the excellent A Study in Charlotte yet, get on that first!

There are also a couple of fairy tale re-tellings I’m looking forward to including a Spindle, a new spin (ha ha!) on Sleeping Beauty by the aforementioned E.K. Johnston, and Huntedwhich is a twist on Beauty in the Beast.

Lots of great reading ahead! Check back soon since I’ve got even more Book Beat ahead for you this week with reviews and recaps for YALLFest!