New York Comic Con is always a great book event for me since I love fantasy and science fiction and the publishers always come out to play! Here’s a look at my book haul and a couple of the signings I managed to squeeze in!

I was lucky enough to meet two authors making their debut with books that will make my “best of 2017” list! The first is Kristen Ciccarelli and her book, The Last Namsara, is a terrific fantasy with lots of dragons. It just came out a few days before NYCC so I have a lovely, shiny copy signed! 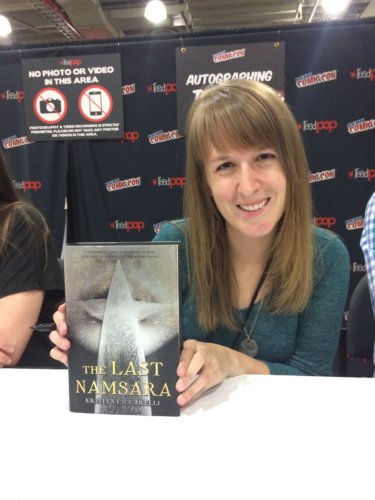 I also met S.A. Chakraborty who wrote City of Brass, an epic Middle Eastern fantasy. So loved this! It’s not out until November 14th so pre-order it now! If you can’t wait, I’ll be giving away an advance copy on Twitter so keep an eye out for that! 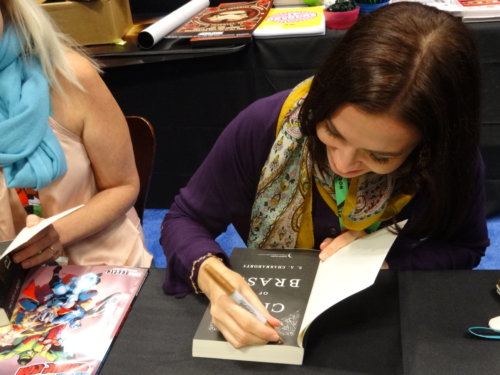 I am always pressed for luggage space (and time) at NYCC so those were the only signings I got to. However, I did manage to nab  advance copies of some really exciting books!

Crown Publishing had advance copies of Artemis, the new book by Andy Weir, the author of The Martian. This was a tricky book to find. (There were secret passwords involved.) 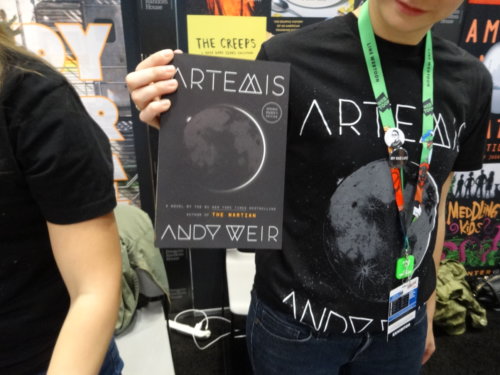 I’m also really excited about these fantasy books — lots of women who persisted, dragons and more!

So many great stories ahead! Can’t wait for these books? I will be giving away a copy of City of Brass and some signed goodies over on Twitter so follow me to enter (@Cambear).

Thanks to Crown Publishing (Artemis) HarperCollins (City of Brass, Elementals: Ice Wolves, Dread Nation, The Queen’s Rising), Random House (Ash Princess, Tempests and Slaughter) and Macmillan (Renegades, Children of Blood and Bone) for the books and all the fun! 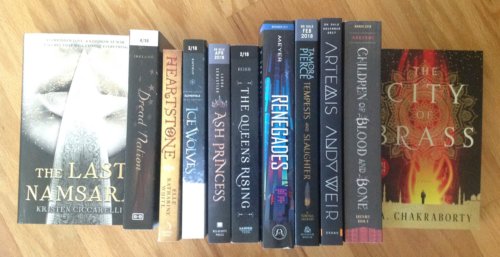