Now the event was at Stan’s Donuts and the invite did say to “come hungry,” but I wasn’t prepared for this explosion of sugary goodness! 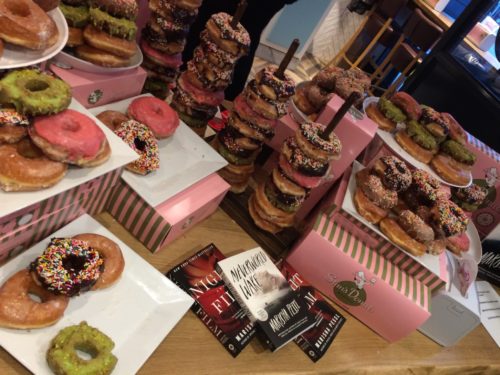 Marisha was on hand to talk about Neverworld Wake and answer some questions.

Neverworld Wake is about a group of teens who fell apart after one of their group died. They reunite at a wake where a mysterious figure appears, traps them at the wake (where they won’t grow old or can’t change) and things get dark, spooky and supernatural. 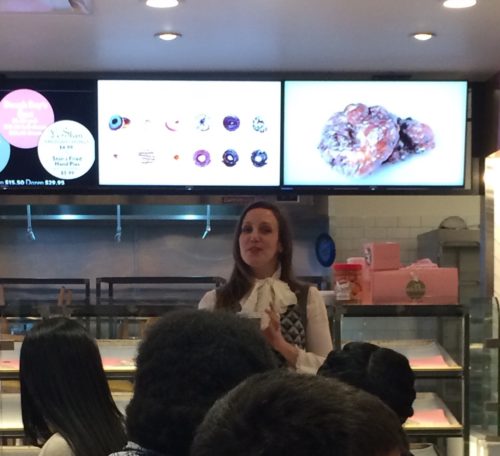 Here’s the official blurb on the story:

Beatrice Hartley has no plans for the summer—except a secret reunion with her five former best friends.

Once upon a time, back at Darrow-Harker School, they were the cool kids, the beautiful ones. Then the shocking death of Jim—their creative genius—changed everything.

One year after graduation, Beatrice is returning to Wincroft—the seaside estate where they spent so many nights sharing secrets, crushes, plans to change the world—in the hopes that she will get to the bottom of the dark questions gnawing at her about Jim’s death. She suspects that her friends knew much more than they ever let on.

But as the night plays out in a haze of stilted jokes and unfathomable silence, answers seem unlikely. Her friends are all so different now, so splintered and lost. It’s too late. Beatrice senses she’s going to live the rest of her life far away from them, never knowing what really happened.

Then night fades to morning. A thunderstorm rages, and a mysterious man knocks on the door. He looks like the exhausted ringmaster of a cheap traveling circus. Blithely, he announces the impossible.

And so begins the Neverworld Wake. The nightmare. The nothingness. 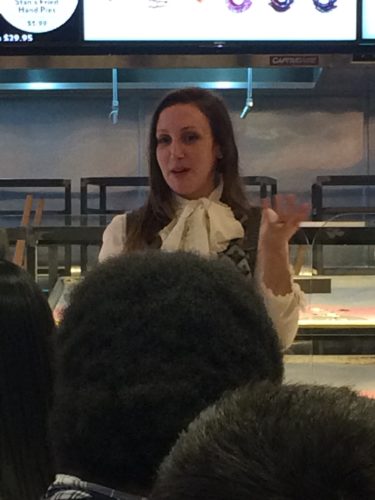 Marisha talked about Neverworld Wake and her writing process for this and her previous mystery/thrillers: Night Film and Special Topics in Calamity Physics.

After the Q & A, Get Underlined gave every these awesome tote bags with one of Marisha’s adult novels which she happily signed. 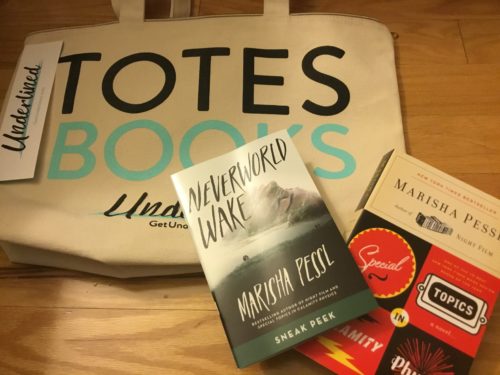 After that, we were not allowed to leave, but not because of some spooky man, but because we had to take some donuts on the way out! Right. There goes my diet! 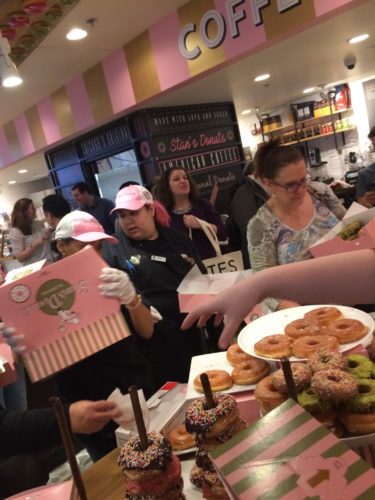 Neverworld Wake drops June 5th and you can pre-order a copy using the links below:

Thanks to Get Underlined for lots of fun and an intriguing book to put on my radar! 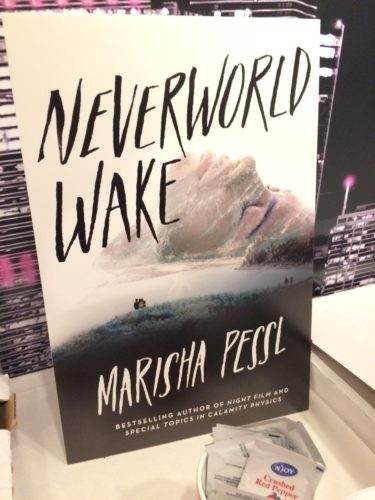