It’s February already? Then it’s time to stock up on some great reads to brave the coldest month of the year. I’ve got selections that are pure fun (squirrel!), illuminating and several starts to new series! This edition of Book Beat features four new series which include an adult fairy tale (Wintersong), science fiction (Empress of a Thousand Skies), parallel universes (Traveler) and historic fantasy (Gilded Cage). 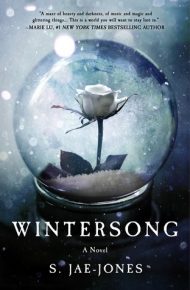 Story: “Beware the goblin men and the wares they sell.

All her life, nineteen-year-old Liesl has heard tales of the beautiful, mysterious Goblin King. He is the Lord of Mischief, the Ruler Underground, and the muse around which her music is composed. Yet, as Liesl helps shoulder the burden of running her family’s inn, her dreams of composition and childish fancies about the Goblin King must be set aside in favor of more practical concerns.

But when her sister Käthe is taken by the goblins, Liesl journeys to their realm to rescue her sister and return her to the world above. The Goblin King agrees to let Käthe go—for a price. The life of a maiden must be given to the land, in accordance with the old laws. A life for a life, he says. Without sacrifice, nothing good can grow. Without death, there can be no rebirth. In exchange for her sister’s freedom, Liesl offers her hand in marriage to the Goblin King. He accepts.

Down in the Underground, Liesl discovers that the Goblin King still inspires her—musically, physically, emotionally. Yet even as her talent blossoms, Liesl’s life is slowly fading away, the price she paid for becoming the Goblin King’s bride. As the two of them grow closer, they must learn just what it is they are each willing to sacrifice: her life, her music, or the end of the world.”

Quick take: There’s magic, a very strange realm and music. Oh so much music! You don’t have to be a big classical music fan to understand all the music talk, but it does help a bit. Magical and romantic it’s a grown-up version of Labrynth without David Bowie’s wig. It’s a great debut and I look forward to reading the next book in the series! 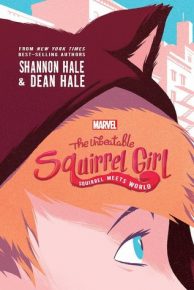 Pitch: The funny and optimistic Squirrel Girl gets her own quirky and fun story

Quick take: Need some fluffy fun? This is a great introduction to a lesser-known, but strangely powerful Marvel superhero. (In the comics, she’s taken down Wolverine and Thanos so she’s no lightweight.) At 14 years old, she’s just a normal teen with a perky optimistic attitude as she moves to a new town and finds ways that her unusual attributes make her a hero. Positive and funny, she’s a great role model and this book is filled with a diverse cast of characters. Throw in some cameo appearances by the Avengers and this is a fun-filled, delightful adventure

A Tragic Kind of Wonderful by Eric Lindstrom 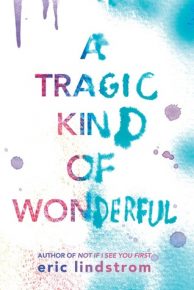 Pitch: A terrific story about one girl’s struggle to balance all the pressures of growing up while having bipolar disorder.

Story: “In the vein of It’s Kind of a Funny Story and All the Bright Places, comes a captivating, immersive exploration of life with mental illness.

For sixteen-year-old Mel Hannigan, bipolar disorder makes life unpredictable. Her latest struggle is balancing her growing feelings in a new relationship with her instinct to keep everyone at arm’s length. And when a former friend confronts Mel with the truth about the way their relationship ended, deeply buried secrets threaten to come out and upend her shaky equilibrium.

As the walls of Mel’s compartmentalized world crumble, she fears the worst–that her friends will abandon her if they learn the truth about what she’s been hiding. Can Mel bring herself to risk everything to find out?

In A Tragic Kind of Wonderful, Eric Lindstrom, author of the critically acclaimed Not If I See You First, examines the fear that keeps us from exposing our true selves, and the courage it takes to be loved for who we really are.”

Quick take: Bipolar runs in Mel’s family and there have been horrible times, but she’s found a balance between school, work and new friends though her family, meds and careful monitoring. Pretty soon, life’s ups and downs starts to break down Mel’s balance and her world starts to come apart. It’s both heartbreaking and bewildering to see her manic episodes. This is a great book with realistic, diverse characters. While the book is easy to read, its an honest look at being bipolar.

Empress of a Thousand Skies by Rhoda Belleza 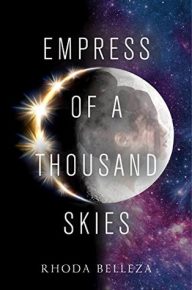 Pitch: Science fiction fans can get their fix in this is a big, sprawling story of a galaxy on the brink of war and the conspiracy behind it

Story: “Empress – Rhee, also known as Crown Princess Rhiannon Ta’an, is the sole surviving heir to a powerful dynasty. She’ll stop at nothing to avenge her family and claim her throne.

Fugitive – Aly has risen above his war refugee origins to find fame as the dashing star of a DroneVision show. But when he’s falsely accused of killing Rhee, he’s forced to prove his innocence to save his reputation – and his life.

Madman – With planets on the brink of war, Rhee and Aly are thrown together to confront a ruthless evil that threatens the fate of the entire galaxy.

A saga of vengeance, warfare, and the true meaning of legacy”

Quick take: Rhee and Aly’s stories are pretty separate so this is not some big love story. Empress of a Thousand Skies is a roller-coaster of an action-packed story with lots of twists and tons of complex world-building. A great start to a new series! 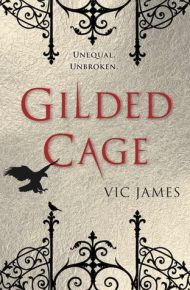 Our world belongs to the Equals — aristocrats with magical gifts — and all commoners must serve them for ten years. But behind the gates of England’s grandest estate lies a power that could break the world.

A girl thirsts for love and knowledge.

Abi is a servant to England’s most powerful family, but her spirit is free. So when she falls for one of the noble-born sons, Abi faces a terrible choice. Uncovering the family’s secrets might win her liberty, but will her heart pay the price?

A boy dreams of revolution.

Abi’s brother, Luke, is enslaved in a brutal factory town. Far from his family and cruelly oppressed, he makes friends whose ideals could cost him everything. Now Luke has discovered there may be a power even greater than magic: revolution.

And an aristocrat will remake the world with his dark gifts.

He is a shadow in the glittering world of the Equals, with mysterious powers no one else understands. But will he liberate—or destroy?”

Quick take: Gilded Cage has a very complex world and many, many viewpoints. There’s lots of interesting stuff and it’s a real page turner with cliff hangers at the end of every chapter (very Dan Brown). 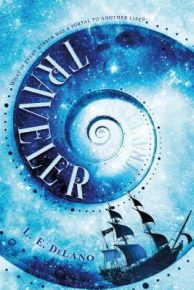 Pitch: Parallel worlds open up a lot of fun possibilities including pirates and glitter mousse

Story: “Jessa has spent her life dreaming of other worlds and writing down stories more interesting than her own, until the day her favorite character, Finn, suddenly shows up and invites her out for coffee. After the requisite nervous breakdown, Jessa learns that she and Finn are Travelers, born with the ability to slide through reflections and dreams into alternate realities. But it’s not all steampunk pirates and fantasy lifestyles…Jessa is dying over and over again, in every reality, and Finn is determined that this time, he’s going to stop it… this Jessa is going to live.”

Quick take: First of all, I love the recipe for glitter mousse at the end of the book! (That sentence makes a lot more sense when you realize that this story journeys to alternate realities where seemingly anything is possible. Including glitter mousse.) Anyway, it’s a fun adventure with constant twists and swoony boys.  The main character was a little too entitled for my taste (it’s a pet peeve of mine), but I enjoyed this ride

Romeo and What’s Her Name by Shani Petroff 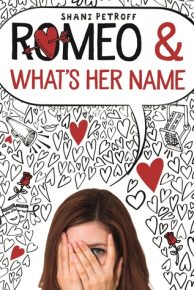 Story: “Understudies never get to perform. . . which is why being Juliet’s understudy in the school’s yearly ‘Evening with Shakespeare’ is the perfect role for Emily. She can earn some much-needed extra credit while pursuing her main goal of spending time with Wes, aka Romeo, aka the hottest, nicest guy in school (in her completely unbiased opinion). And she meant to learn her lines, really, it’s just:
a) Shakespeare is HARD,
b) Amanda, aka the “real” Juliet, makes her run errands instead of lines, and
c) there’s no point because Amanda would never miss the chance to be the star of the show.

Then, Amanda ends up in the hospital and Emily, as the (completely unprepared!) understudy, has to star opposite the guy of her dreams. Oops?”

Quick take: Emily is wildly crushing on Wes and she pretty much spends every waking moment stalking him and misinterpreting everything that happens. Emily has no impulse control so there are some cute moments if you’re looking for a melodramatic quick romance.

Thanks to St. Martin’s (Wintersong), Disney (The Unbeatable Squirrel Girl: Squirrel Meets World), Little, Brown (A Tragic Kind of Wonderful), Penguin Teen (Empress of a Thousand Skies), Random House (Gilded Cage) and Swoon Reads (Traveler, Romeo and What’s Her Name) for providing the books for review. Want more details on my impression of these and other books? Check out my ratings and full reviews at Goodreads. 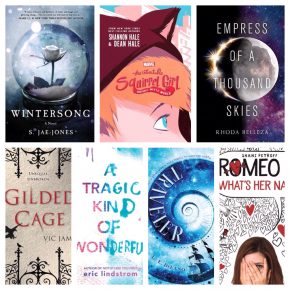