Home / Book Beat • Book Reviews • The Lovely Erica / Book Beat with quick takes on American Street! The Hate U Give! The Last of August! Daughter of the Pirate King!

This edition of Book Beat has terrific books for every sort of mood! American Street and The Hate U Give are standout books about really difficult and timely subjects. Want a mystery? Check out The Last of August. How about an adventure? Then you need Daughter of the Pirate King. Craving something contemporary and cute? The Geek’s Guide to Unrequited Romance. Each one of these is a winner so prepare to indulge! 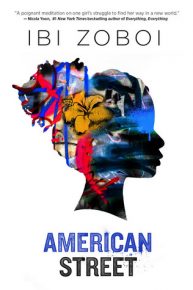 Pitch: A beautifully told story of an immigrant teenager who is separated from her mother and tries navigate her new country

But after they leave Port-au-Prince, Haiti, Fabiola’s mother is detained by U.S. immigration, leaving Fabiola to navigate her loud American cousins, Chantal, Donna, and Princess; the grittiness of Detroit’s west side; a new school; and a surprising romance, all on her own.

Just as she finds her footing in this strange new world, a dangerous proposition presents itself, and Fabiola soon realizes that freedom comes at a cost. Trapped at the crossroads of an impossible choice, will she pay the price for the American dream?”

Quick take: A remarkable voice and a tough journey for Fabiola who is lonely, scared, mystified, exhilarated, empowered, anxious…it’s a huge transition, so vividly and tenderly captured. There’s some seriously beautiful writing here and it’s such an important story. Don’t miss this one.

The Hate U Give by Angie Thomas 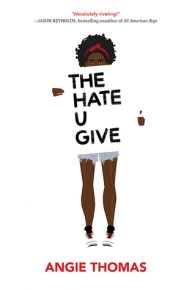 Pitch: Inspired by the Black Lives Matter movement, this is (deservedly) one of the buzziest books of the year

Story: “Sixteen-year-old Starr lives in two worlds: the poor neighborhood where she was born and raised and her posh high school in the suburbs. The uneasy balance between them is shattered when Starr is the only witness to the fatal shooting of her unarmed best friend, Khalil, by a police officer. Now what Starr says could destroy her community. It could also get her killed. Inspired by the Black Lives Matter movement, this is a powerful and gripping YA novel about one girl’s struggle for justice. Movie rights have been sold to Fox, with Amandla Stenberg (The Hunger Games) to star.”

Quick take: Terrific, terrific book. The Hate U Give tackles such sensitive subjects with honesty and clarity. Starr is such a relatable and grounded character that this book clearly gets its messages across and, boy, there’s a lot to say. Lots of awful things happen, but there are strong family bonds and, ultimately, an uplifting message that needs to be heard.

Daughter of the Pirate King by Tricia Levenseller 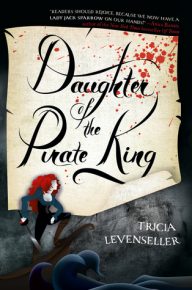 Pitch: Rollicking pirate adventure with lots of surprises in store!

Story: “A 17-year-old pirate captain intentionally allows herself to get captured by enemy pirates in this thrilling YA adventure.

If you want something done right . . .

When the ruthless pirate king learns of a legendary treasure map hidden on an enemy ship, his daughter, Alosa, knows there’s only one pirate for the job—herself. Leaving behind her beloved ship and crew, Alosa deliberately facilitates her own kidnapping to ensure her passage on the ship, confident in her ability to overcome any obstacle. After all, who’s going to suspect a seventeen-year-old girl locked in a cell? Then she meets the (surprisingly perceptive and unfairly attractive) first mate, Riden, who is charged with finding out all her secrets. Now it’s down to a battle of wits and will . . . . Can Alosa find the map and escape before Riden figures out her plan?

Debut author Tricia Levenseller blends action, adventure, romance, and a little bit of magic into a thrilling YA pirate tale.”

Quick take: If you liked Pirates of the Caribbean, you’ll love this book for the swashbuckling, the cat and mouse game to find the hidden treasure and for its own vibe. While this is a YA novel, this book doesn’t pull any punches because, well, pirate! The last part of the book opens up a huge world to be explored in the upcoming books in the series and I can’t wait!

If you pre-order the book, the author will send you some goodies so make sure you check out details here.

The Last of August by Brittany Cavallaro 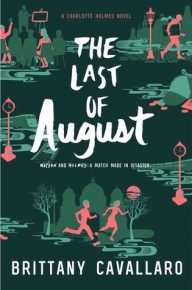 Pitch: The next adventure for Charlotte Holmes and Jamie Watson, the descendants of the famous Holmes and Watson

Story: “In the second brilliant, action-packed book in the Charlotte Holmes trilogy, Jamie and Charlotte are in a chase across Europe to untangle a web of shocking truths about the Holmes and Moriarty families.

Jamie Watson and Charlotte Holmes are looking for a winter break reprieve in Sussex after a fall semester that almost got them killed. But nothing about their time off is proving simple, including Holmes and Watson’s growing feelings for each other. When Charlotte’s beloved uncle Leander goes missing from the Holmes estate—after being oddly private about his latest assignment in a German art forgery ring—the game is afoot once again, and Charlotte throws herself into a search for answers.

So begins a dangerous race through the gritty underground scene in Berlin and glittering art houses in Prague, where Holmes and Watson discover that this complicated case might change everything they know about their families, themselves, and each other.”

Quick take: The Last of August picks up pretty much where the first book ended, but the story is actually quite different. Unlike A Study in Charlotte, this isn’t a love letter to Sir Arthur Conan Doyle since it would be a bit odd if they kept running into cases that revived the best of Sherlock Holmes. I love Charlotte and Jamie and their complicated relationship and this is a twisty mystery with a surprise ending. Don’t miss it!

A Geek’s Guide to Unrequited Love by Sarvenaz Tash 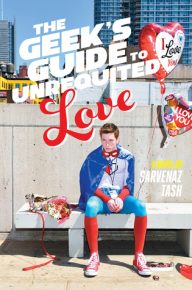 Pitch: If you can get over the cheesy cover, this is a cute John Hughes story set in New York Comic Con

Graham met his best friend, Roxy, when he moved into her neighborhood eight years ago and she asked him which Hogwarts house he’d be sorted into. Graham has been in love with her ever since.

But now they’re sixteen, still neighbors, still best friends. And Graham and Roxy share more than ever—moving on from their Harry Potter obsession to a serious love of comic books.

When Graham learns that the creator of their favorite comic, The Chronicles of Althena, is making a rare appearance at this year’s New York Comic Con, he knows he must score tickets. And the event inspires Graham to come up with the perfect plan to tell Roxy how he really feels about her. He’s got three days to woo his best friend at the coolest, kookiest con full of superheroes and supervillains. But no one at a comic book convention is who they appear to be…even Roxy. And Graham is starting to realize fictional love stories are way less complicated than real-life ones.”

Quick take: Just goes to show, you shouldn’t judge a book by its cover! This is a really cute book inside an equal opportunity offender cover. (As a regular at pop culture conventions, I would never pick up this book since it’s an outsider’s lame image of the average con attendee. Also, I think this would scare off non-attendees since it personifies the worst ideas they have of a con.)

So look beyond the cover for characters that are all fun, diverse and well-rounded. The comic con details are well-researched, pretty accurate and just plain old fun. A lighthearted, breezy read with enough geek references to warm my nerdy little heart!

Thanks to HarperCollins (American Street, The Hate U Give, The Last of August) and Macmillan (Daughter of the Pirate King) for providing the books for review. Want more details on my impression of these and other books? Check out my ratings and full reviews at Goodreads. 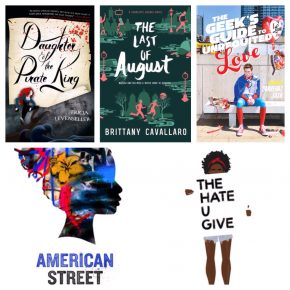