It’s that time of year when cozying up to a good book is a great idea. (Brrrr! Stay warm people!) This edition of Book Beat features stand-alone books or series launches so don’t be afraid to nab one and escape to a new viewpoint, a new world or a galaxy far, far away!

Love, Hate and other Filters by Samira Ahmed 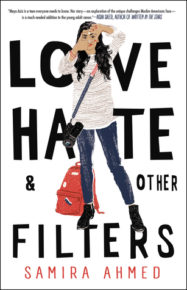 Pitch: A stunning debut about a girl who just happens to be from the only Muslim family in town

Story: “A searing #OwnVoices coming-of-age debut in which an Indian-American Muslim teen confronts Islamophobia and a reality she can neither explain nor escape–perfect for fans of Angie Thomas, Jacqueline Woodson, and Adam Silvera.

American-born seventeen-year-old Maya Aziz is torn between worlds. There’s the proper one her parents expect for their good Indian daughter: attending a college close to their suburban Chicago home, and being paired off with an older Muslim boy her mom deems ‘suitable.’ And then there is the world of her dreams: going to film school and living in New York City—and maybe (just maybe) pursuing a boy she’s known from afar since grade school, a boy who’s finally falling into her orbit at school.

There’s also the real world, beyond Maya’s control. In the aftermath of a horrific crime perpetrated hundreds of miles away, her life is turned upside down. The community she’s known since birth becomes unrecognizable; neighbors and classmates alike are consumed with fear, bigotry, and hatred. Ultimately, Maya must find the strength within to determine where she truly belongs.”

Quick take: Maya is every teen until she is not. Maya’s voice is so clear that the reader can’t help but understand and cheer her on. It’s a terrific debut that deftly deals with tough subjects without getting heavy-handed or preachy. 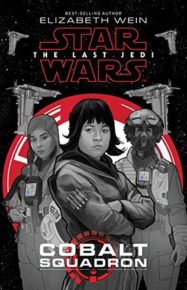 Quick take: Who didn’t love Rose in The Last Jedi? Was there a dry eye in the house when Paige made her final bombing run? This story is about the Tico sisters, their individual strengths and their bond. It’s a great story about family and bombing things since, well, they work on a bomber. This is one of my favorite of the recent crop of Star Wars books the tie directly into the movies so don’t miss it!

Reign the Earth by A.C. Gaughen 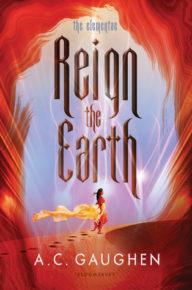 Story: “Shalia is a proud daughter of the desert, but after years of devastating war with the adjoining kingdom, her people are desperate for peace. Willing to trade her freedom to ensure the safety of her family, Shalia becomes Queen of the Bonelands.

But she soon learns that her husband, Calix, is motivated only by his desire to exterminate the Elementae—mystical people who can control earth, wind, air, and fire. Even more unsettling are Shalia’s feelings for her husband’s brother, which unleash a power over the earth she never knew she possessed—a power that could get her killed. As rumors of a rebellion against Calix spread, Shalia must choose between the last chance for peace and her own future as an Elementae.

This intense, richly drawn high-fantasy by the author of Scarlet will hold readers spellbound.”

Quick take: Great story-telling and a ton of cool world-building with different cultures and lots of political intrigue as Shalia journeys to a new kingdom and tries to temper the worst impulses of the King. There’s a great slowburn romance and lots of growth for Shalia as she decides to take charge and have a say in her destiny.

The Hazel Wood by Melisa Albert 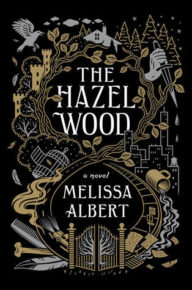 Pitch: The search for fairy tales in an intriguing debut with a healthy amount of dark and creepy

Story: “Seventeen-year-old Alice and her mother have spent most of Alice’s life on the road, always a step ahead of the uncanny bad luck biting at their heels. But when Alice’s grandmother, the reclusive author of a cult-classic book of pitch-dark fairy tales, dies alone on her estate, the Hazel Wood, Alice learns how bad her luck can really get: her mother is stolen away―by a figure who claims to come from the Hinterland, the cruel supernatural world where her grandmother’s stories are set. Alice’s only lead is the message her mother left behind: ‘Stay away from the Hazel Wood.’

Alice has long steered clear of her grandmother’s cultish fans. But now she has no choice but to ally with classmate Ellery Finch, a Hinterland superfan who may have his own reasons for wanting to help her. To retrieve her mother, Alice must venture first to the Hazel Wood, then into the world where her grandmother’s tales began―and where she might find out how her own story went so wrong.”

Quick take: The first part of this book (my favorite part) is Alice’s search for the rare book which is a contemporary mystery and then the book switch gears when she goes to the Hazel Wood. The book morphs into something creepy, dreamy and dark. The Hazel Wood is quite unexpected which is refreshing after so many recent fairy tale reboots in recent years.

Reign of the Fallen by Sarah Glenn Marsh 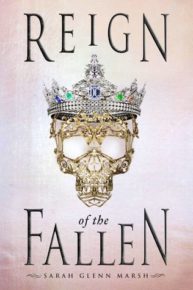 Pitch: Fantasy about necromancers with some timely themes

Story: “Odessa is one of Karthia’s master necromancers, catering to the kingdom’s ruling Dead. Whenever a noble dies, it’s Odessa’s job to raise them by retrieving their souls from a dreamy and dangerous shadow world called the Deadlands. But there is a cost to being raised–the Dead must remain shrouded, or risk transforming into zombie-like monsters known as Shades. If even a hint of flesh is exposed, the grotesque transformation will begin.

A dramatic uptick in Shade attacks raises suspicions and fears among Odessa’s necromancer community. Soon a crushing loss of one of their own reveals a disturbing conspiracy: someone is intentionally creating Shades by tearing shrouds from the Dead–and training them to attack. Odessa is faced with a terrifying question: What if her necromancer’s magic is the weapon that brings Karthia to its knees?”

Quick take: Some ambitious and timely themes (pro tolerance, anti-discrimination) and a bear! There’s an ease to how the story flows along though I didn’t always love the character’s choices and where the plot went.

Thanks to Soho Teen (Love, Hate and Other Filters), Disney Hyperion (Star Wars: Cobalt Squadron), Bloomsbury (Reign the Earth), Macmillan (The Hazel Wood) and Penguin Teen (Reign of the Fallen) for providing the books for review. Want more details on my impression of these and other books? Check out my ratings and full reviews at Goodreads. 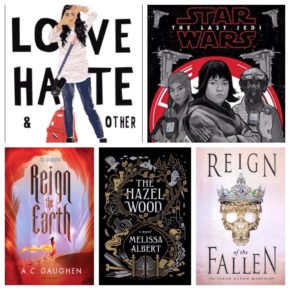