Just in time for the holiday weekend, I have a couple of fluffy summer reads (and something with a bit more depth). Happy Fourth of July everyone!

What to Say Next by Julie Buxbaum 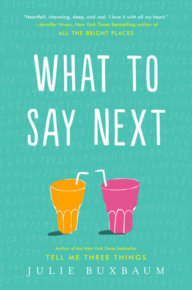 Pitch: Emotional story about an unlikely friendship between a grieving popular girl and a boy on the autism spectrum

Story: “When an unlikely friendship is sparked between relatively popular Kit Lowell and socially isolated David Drucker, everyone is surprised, most of all Kit and David. Kit appreciates David’s blunt honesty—in fact, she finds it bizarrely refreshing. David welcomes Kit’s attention and her inquisitive nature. When she asks for his help figuring out the how and why of her dad’s tragic car accident, David is all in. But neither of them can predict what they’ll find. Can their friendship survive the truth?”

Quick take: A beautifully awkward love story with a tough back drop of death, grief, bullying, mean girls, deception and a lot more. I really enjoyed this book, but read this knowing there are some dark situations and the story is pretty unflinching. 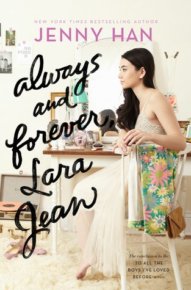 Pitch: Lara Jean’s senior year is full of cookies and decisions about college in the third and final book in this adorable series

Story: “Lara Jean is having the best senior year a girl could ever hope for. She is head over heels in love with her boyfriend, Peter; her dad’s finally getting remarried to their next door neighbor, Ms. Rothschild; and Margot’s coming home for the summer just in time for the wedding.

But change is looming on the horizon. And while Lara Jean is having fun and keeping busy helping plan her father’s wedding, she can’t ignore the big life decisions she has to make. Most pressingly, where she wants to go to college and what that means for her relationship with Peter. She watched her sister Margot go through these growing pains. Now Lara Jean’s the one who’ll be graduating high school and leaving for college and leaving her family—and possibly the boy she loves—behind.

When your heart and your head are saying two different things, which one should you listen to?”

Quick take: It’s such a pleasure to be back in Lara Jean’s world of cute dresses, cookies, meticulous cosplay and her handsome boy. This book is really a series of scenes and it’s less about a plot until maybe halfway through the book. Still, it’s a perfect confection and a treat.

I See London, I See France by Sarah Mylnowski 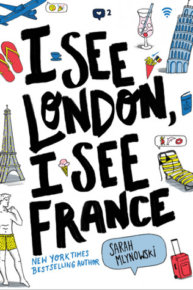 Story: “Nineteen-year-old Sydney has the perfect summer mapped out. She’s spending the next four and half weeks traveling through Europe with her childhood best friend, Leela. Their plans include Eiffel-Tower selfies, eating cocco gelato, and making out with très hot strangers. Her plans do not include Leela’s cheating ex-boyfriend showing up on the flight to London, falling for the cheating ex-boyfriend’s très hot friend, monitoring her mother’s spiraling mental health via texts, or feeling like the rope in a friendship tug-of-war.

In this hilarious and unforgettable adventure, New York Times bestselling author Sarah Mlynowski tells the story of a girl learning to navigate secret romances, thorny relationships, and the London Tube. As Sydney zigzags through Amsterdam, Switzerland, Italy, and France, she must learn when to hold on, when to keep moving, and when to jump into the Riviera… wearing only her polka dot underpants.”

Quick take: There’s lots of fun details about all the different destinations and this really captures the thrill of traveling through Europe with an open agenda. There’s also a lot of swoons as Sydney meets a bunch of cute boys who definitely perk up the trip. Lots of fun.

Note: Sydney is in college so her story is on the mature end of YA.

The Lake Effect by Erin McCahan 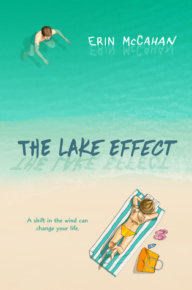 Pitch: Romantic comedy about a guy’s summer in a small community

Story: “It’s the summer after his senior year, and driven, focused Briggs Henry is ready to leave behind his ex-girlfriend, his comically aggressive grandmother, and his parents’ money troubles for Lake Michigan and its miles of sandy beaches. He’s lined up a summer job working as a personal assistant and living in a gorgeous Victorian on the water—exactly the kind of house Briggs plans to buy his parents once he’s a multi-millionaire. But when he arrives, his boss, the eccentric Mrs. Bosic, tells him to get dressed for her funeral. Uh . . . It’s the first of many funerals they’ll attend this summer—to hilarious and eye-opening effect. Add to this a new set of friends-cum-enemies-cum-friends-again, and Abigail, the mysterious girl next door on whom Briggs’s charms repeatedly fail, and ‘the lake effect’ is beginning to take on a whole new meaning.”

Quick take: Sometimes a book sounds great, but within a few chapters, you can tell it’s not for you. It’s written in first person so a reader needs to be comfortable with the storyteller’s voice. In this case, Briggs was too brash/smug/full of himself so I really didn’t want to follow his adventures. Other readers may not feel the same, I just know I couldn’t stick with it.

Thanks to Random House (What to Say Next), HarperCollins (I See London, I See France) and Penguin (The Lake Effect) for providing the books for review. Want more details on my impression of these and other books? Check out my ratings and full reviews at Goodreads. 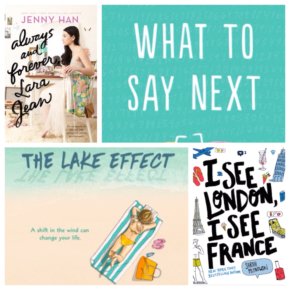