This pre-Comic Con edition of Book Beat has a nice variety with historic fantasy, a few romances and a scary story. I’m off to San Diego Comic Con next week so I will have more to share. Follow me on Twitter (@Cambear) for more immediate updates on my adventures!

The Last Magician by Lisa Maxwell 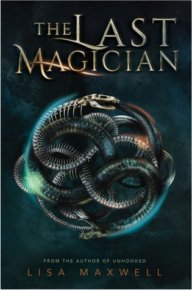 Story: “In modern day New York, magic is all but extinct. The remaining few who have an affinity for magic—the Mageus—live in the shadows, hiding who they are. Any Mageus who enters Manhattan becomes trapped by the Brink, a dark energy barrier that confines them to the island. Crossing it means losing their power—and often their lives.

Esta is a talented thief, and she’s been raised to steal magical artifacts from the sinister Order that created the Brink. With her innate ability to manipulate time, Esta can pilfer from the past, collecting these artifacts before the Order even realizes she’s there. And all of Esta’s training has been for one final job: traveling back to 1902 to steal an ancient book containing the secrets of the Order—and the Brink—before the Magician can destroy it and doom the Mageus to a hopeless future.

But Old New York is a dangerous world ruled by ruthless gangs and secret societies, a world where the very air crackles with magic. Nothing is as it seems, including the Magician himself. And for Esta to save her future, she may have to betray everyone in the past.”

Quick take: This historic fantasy is very grounded in turn of the century New York with tons of details to make the period come alive. The very rich world with lots of depth about magic, history and the complicated politics of the time makes for an enjoyable big adventure with a satisfying ending.

Lucky in Love by Kasie West 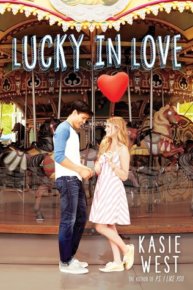 Story: “In this new contemporary from YA star Kasie West, a girl who wins the lottery learns that money can cause more problems than it solves, especially when love comes into the picture.

Maddie doesn’t believe in luck. She’s all about hard work and planning ahead. But one night, on a whim, she buys a lottery ticket. And then, to her astonishment — She wins!

In a flash, Maddie’s life is unrecognizable. No more stressing about college scholarships. Suddenly, she’s talking about renting a yacht. And being in the spotlight at school is fun… until rumors start flying, and random people ask her for loans. Now, Maddie isn’t sure who she can trust.

Except for Seth Nguyen, her funny, charming coworker at the local zoo. Seth doesn’t seem aware of Maddie’s big news. And, for some reason, she doesn’t want to tell him. But what will happen if he learns her secret?

With tons of humor and heart, Kasie West delivers a million-dollar tale of winning, losing, and falling in love.”

Quick take: A cute and sweet romance for a girl who can’t let go of  control. There is quite a bit on the downside of winning which gives the book a bit of an edge so it’s not just a fluffy cute romance. Extra points for featuring a cute Asian boy as the love interest!

Amid Stars and Darkness by Chani Lynn Feener 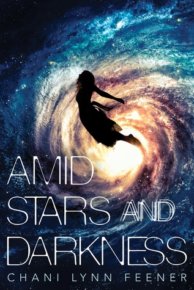 Pitch: Romance blooms when a girl is accidentally kidnapped and forced to impersonate a galactic princess

Story: Delaney’s entire world is thrown into chaos after she is mistaken for Lissa Olena, an alien princess hiding out on Earth in order to escape an arranged marriage.

Kidnapped by the princess’s head bodyguard, Ruckus, and imprisoned in an alien palace, Delaney is forced to impersonate the princess until Olena can be found. If she fails, it will lead to an alien war and the eventual enslavement of the entire human race.

No pressure or anything.

Factor in Trystan, the princess’s terrifying betrothed who is intent on unraveling all her secrets, and her own growing feelings for Ruckus, and Delaney is in way over her head.” 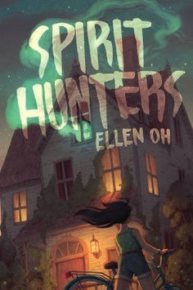 Pitch: A scary Middle Grade book about a haunted house and bad spirits

Story: “We Need Diverse Books founder Ellen Oh returns with Spirit Hunters, a high-stakes middle grade mystery series about Harper Raine, the new seventh grader in town who must face down the dangerous ghosts haunting her younger brother. A riveting ghost story and captivating adventure, this tale will have you guessing at every turn!

Harper doesn’t trust her new home from the moment she steps inside, and the rumors are that the Raine family’s new house is haunted. Harper isn’t sure she believes those rumors, until her younger brother, Michael, starts acting strangely. The whole atmosphere gives Harper a sense of déjà vu, but she can’t remember why. She knows that the memories she’s blocking will help make sense of her brother’s behavior and the strange and threatening sensations she feels in this house, but will she be able to put the pieces together in time?”

The Library of Fates by Aditi Khorana 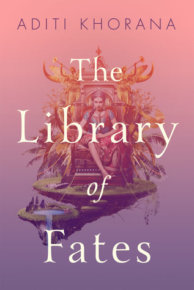 Pitch: A fantasy adventure inspired by Indian myths and folklore with a side of romance

Story: “No one is entirely certain what brings the Emperor Sikander to Shalingar. Until now, the idyllic kingdom has been immune to his many violent conquests. To keep the visit friendly, Princess Amrita has offered herself as his bride, sacrificing everything—family, her childhood love, and her freedom—to save her people. But her offer isn’t enough.

The unthinkable happens, and Amrita finds herself a fugitive, utterly alone but for an oracle named Thala, who was kept by Sikander as a slave and managed to escape amid the chaos of a palace under siege. With nothing and no one else to turn to, Amrita and Thala are forced to rely on each other. But while Amrita feels responsible for her kingdom and sets out to warn her people, the newly free Thala has no such ties. She encourages Amrita to go on a quest to find the fabled Library of All Things, where it is possible for each of them to reverse their fates. To go back to before Sikander took everything from them.

Stripped of all that she loves, caught between her rosy past and an unknown future, will Amrita be able to restore what was lost, or does another life—and another love—await?”

Quick take: There’s a big adventure with fantastical creatures in Amrita’s quest for safety and justice for her family. There’s a lot to enjoy here but I wasn’t emotionally engaged with the story. 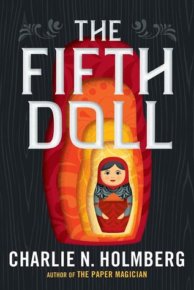 Story: “After discovering a room full of matryoshka dolls wearing the faces of her village, a woman learns she may be trapped inside one–but unraveling the sorcery carved into each doll unleashes dark consequences that rip her from the only home she remembers.”

Quick take: There’s an interesting idea here and it could be a compelling book, but I really didn’t buy into the story. The main character and her motivation felt underdeveloped so I struggled to follow along.

Thanks to Simon & Schuster (The Last Magician), Scholastic (Lucky in Love), Swoon Reads (Amid Stars and Darkness), HarperCollins (Spirit Hunters), Penguin (The Library of Fates) and 47 North (The Fifth Doll) for providing the books for review. Want more details on my impression of these and other books? Check out my ratings and full reviews at Goodreads. 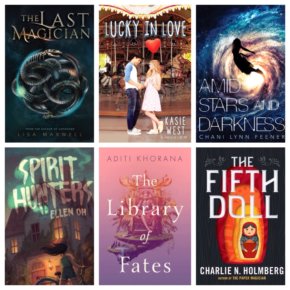