This Book Beat round up has a wide spectrum of books so you’re bound to find something of interest! One book is a gorgeous story of connecting across generations to move past grief. Another is about letting go of your parents to find peace. There’s contemporary, paranormal, science fiction, fantasy and historical fantasy.

The Astonishing Color of After by Emily X.R. Pan 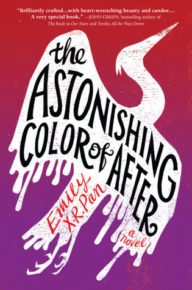 Pitch: Beautiful story about grief and understanding the past to move on

Story: “Leigh Chen Sanders is absolutely certain about one thing: When her mother died by suicide, she turned into a bird.

Leigh, who is half Asian and half white, travels to Taiwan to meet her maternal grandparents for the first time. There, she is determined to find her mother, the bird. In her search, she winds up chasing after ghosts, uncovering family secrets, and forging a new relationship with her grandparents. And as she grieves, she must try to reconcile the fact that on the same day she kissed her best friend and longtime secret crush, Axel, her mother was taking her own life.

Alternating between real and magic, past and present, friendship and romance, hope and despair, The Astonishing Color of After is a novel about finding oneself through family history, art, grief, and love.“

Quick take: A book to rip your heart apart and then put it back together! This book mesmerizes with its beautiful and light touch on dark and heavy subjects. The first chapters are raw grief, but when Leigh begins to deal with her mother’s death and the mysterious bird, the healing process begins. Bonus points for an honest portrayal of balancing different cultures and identities with lots of Chinese traditions and a great travelogue for Taiwan.

Pre-order a copy of the book and submit your receipt here for a gorgeous enamel pin, art print, and more! 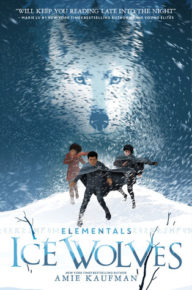 Pitch: The start of a lively new MG fantasy series

Story: “Everyone in Vallen knows that ice wolves and scorch dragons are sworn enemies who live deeply separate lives.

So when twelve-year-old orphan Anders takes one elemental form and his twin sister, Rayna, takes another, he wonders whether they are even related. Still, whether or not they’re family, Rayna is Anders’s only true friend. She’s nothing like the brutal, cruel dragons who claimed her as one of their own and stole her away.

In order to rescue her, Anders must enlist at the foreboding Ulfar Academy, a school for young wolves that values loyalty to the pack above all else. But for Anders, loyalty is more complicated than obedience, and friendship is the most powerful shapeshifting force of all.”

Quick take: Interesting characters, fascinating magic and a world with lots of history, this is a fun series-starter. I kept expecting the story to switch to Rayna and her journey through this transition, but this is Anders story so I assume we’ll get more on Rayna in the next book. 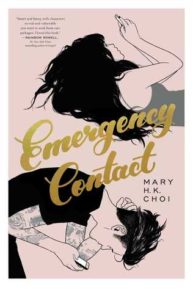 Story: “For Penny Lee high school was a total nonevent. Her friends were okay, her grades were fine, and while she somehow managed to land a boyfriend, he doesn’t actually know anything about her. When Penny heads to college in Austin, Texas, to learn how to become a writer, it’s seventy-nine miles and a zillion light years away from everything she can’t wait to leave behind.

Sam’s stuck. Literally, figuratively, emotionally, financially. He works at a café and sleeps there too, on a mattress on the floor of an empty storage room upstairs. He knows that this is the god-awful chapter of his life that will serve as inspiration for when he’s a famous movie director but right this second the seventeen bucks in his checking account and his dying laptop are really testing him.

When Sam and Penny cross paths it’s less meet-cute and more a collision of unbearable awkwardness. Still, they swap numbers and stay in touch—via text—and soon become digitally inseparable, sharing their deepest anxieties and secret dreams without the humiliating weirdness of having to see each other.”

Quick take: This book has some great voice. The reader really gets inside the main characters’ heads and their viewpoint. I didn’t love always love Sam and Penny, but they are distinct, quirky, troubled and funny. While this is technically a romance, most of this story is actually quite dark and lonely so don’t expect a light rom com here.

Heart of Iron by Ashley Poston 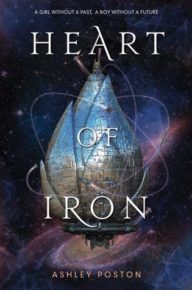 Story: “Seventeen-year-old Ana is a scoundrel by nurture and an outlaw by nature. Found as a child drifting through space with a sentient android called D09, Ana was saved by a fearsome space captain and the grizzled crew she now calls family. But D09—one of the last remaining illegal Metals—has been glitching, and Ana will stop at nothing to find a way to fix him.

Ana’s desperate effort to save D09 leads her on a quest to steal the coordinates to a lost ship that could offer all the answers. But at the last moment, a spoiled Ironblood boy beats Ana to her prize. He has his own reasons for taking the coordinates, and he doesn’t care what he’ll sacrifice to keep them.

When everything goes wrong, she and the Ironblood end up as fugitives on the run. Now their entire kingdom is after them—and the coordinates—and not everyone wants them captured alive.

What they find in a lost corner of the universe will change all their lives—and unearth dangerous secrets. But when a darkness from Ana’s past returns, she must face an impossible choice: does she protect a kingdom that wants her dead or save the Metal boy she loves?”

Quick take: There are lots of interesting and unique characters with this crew of misfits and an epic story that sweeps across the galaxy. There’s a lot of fun here though the pacing is frenetic and packed. There are four different points of view which pack the story, but I wish things were a bit more streamlined to give the characters a chance to breathe. 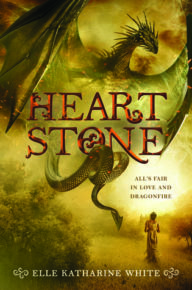 Pitch: Pride and Prejudice with dragons

Story: “A debut historical fantasy that recasts Jane Austen’s beloved Pride & Prejudice in an imaginative world of wyverns, dragons, and the warriors who fight alongside them against the monsters that threaten the kingdom: gryphons, direwolves, lamias, banshees, and lindworms.

They say a Rider in possession of a good blade must be in want of a monster to slay—and Merybourne Manor has plenty of monsters.

Passionate, headstrong Aliza Bentaine knows this all too well; she’s already lost one sister to the invading gryphons. So when Lord Merybourne hires a band of Riders to hunt down the horde, Aliza is relieved her home will soon be safe again.

Her relief is short-lived. With the arrival of the haughty and handsome dragonrider, Alastair Daired, Aliza expects a battle; what she doesn’t expect is a romantic clash of wills, pitting words and wit against the pride of an ancient house. Nor does she anticipate the mystery that follows them from Merybourne Manor, its roots running deep as the foundations of the kingdom itself, where something old and dreadful slumbers . . . something far more sinister than gryphons.

It’s a war Aliza is ill-prepared to wage, on a battlefield she’s never known before: one spanning kingdoms, class lines, and the curious nature of her own heart.

Elle Katharine White infuses elements of Austen’s beloved novel with her own brand of magic, crafting a modern epic fantasy that conjures a familiar yet wondrously unique new world.“

Quick take: I love this idea, but the execution is muddy. This is an adaption of Pride and Prejudice with some tweaks to accommodate the new setting. It’s the blessing and the curse of this book. Some parts that reference Pride and Prejudice are sometimes so close to the original that this version suffers in comparison. Paraphrasing key scenes isn’t creating a fresh take.

Thanks to Little, Brown (The Astonishing Color of After), HarperCollins (Ice Wolves) and Simon & Schuster (Emergency Contact) for providing the books for review. Want more details on my impression of these and other books? Check out my ratings and full reviews at Goodreads. 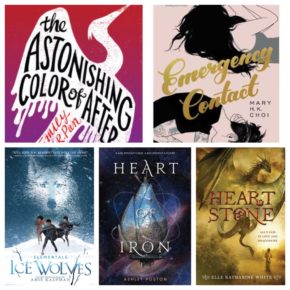