Welcome to Book Beat, a monthly lowdown on new books! I’ll have news, previews, quick reviews and, of course, giveaways! Let’s get started! 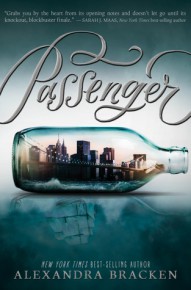 Passenger – Alexandra Bracken
Pitch: Violin prodigy Etta Spencer loses everything she knows and loves when she’s thrust into an unfamiliar world by a stranger with a dangerous agenda. Etta is certain of only one thing: she has traveled not just miles but years from home. And she’s inherited a legacy she knows nothing about from a family whose existence she’s never heard of. Until now.

Nicholas Carter is content with his life at sea, but with the arrival of an unusual passenger on his ship comes the insistent pull of the past that he can’t escape and the family that won’t let him go so easily.

Review: Break out your (time) passports! I enjoyed Passenger which really picks up steam when Etta and Nicholas travel to some great and interesting locations. A good start to an original new series!  This is the first book I’ve read by Bracken who’s known for The Darkest Minds series. If you pre-order Passenger and send proof of purchase to passengerpreorders@gmail.com, she’ll email you a new short story featuring Liam from The Darkest Minds. She’s headed on a book tour so check out her website to see if she’s stopping near you. 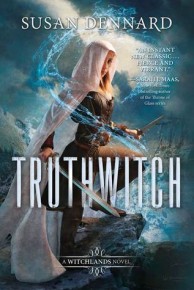 Pitch: Safiya is a Truthwitch, able to discern truth from lie. Iseult is a Threadwitch who can see the invisible ties that bind and entangle the lives around her. The two unlikely friends just want to be free to live their own lives, but war is coming to the Witchlands. With the help of a cunning Windwitch and the hindrance of a Bloodwitch bent on revenge, they must fight emperors, princes and mercenaries who will stop at nothing to get their hands on a Truthwitch.

Buzz: Everyone is talking about this book and they are using a lot of superlatives. I’ve also heard a lot of people say that it lives up to the hype so this is definitely one to check out! Dennard is also giving away cool stuff to people who pre-order her book (signed bookplate and more) and she’s also headed on tour so check out the Witchlands website for more details. 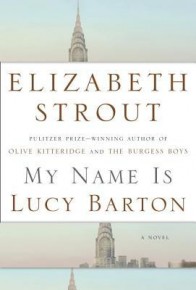 My Name is Lucy Barton – Elizabeth Strout
Pitch: Lucy Barton is recovering slowly from what should have been a simple operation. Her mother, to whom she hasn’t spoken for many years, comes to see her. Gentle gossip about people from Lucy’s childhood seems to reconnect them, but just below the surface lie the tension and longing that have informed every aspect of Lucy’s life: her escape from her troubled family, her desire to become a writer, her marriage, her love for her two daughters. Knitting this powerful narrative together is the brilliant storytelling voice of Lucy herself: keenly observant, deeply human, and truly unforgettable.

Review: If you’re looking for an adventure story, this isn’t it. However, Pulitzer Prize winner Strout (for Olive Kitteridge) is such an astute writer that this is a page turner anyway. A really enjoyable look at Lucy’s yearning for connection through the gossip with mother and her own observation on how she interacts with her family. Look for her on tour! 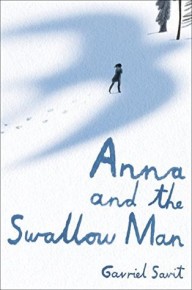 Anna and the Swallow Man – Gavriel Savit
Pitch: 1939 Kraków. Anna Łania is just seven years old in when the Germans take her father. She’s alone until she meets the Swallow Man. He is a mystery, strange and tall, a skilled deceiver with more than a little magic up his sleeve.

Over the course of their travels together, Anna and the Swallow Man will dodge bombs, tame soldiers, and even, despite their better judgment, make a friend. But in a world gone mad, everything can prove dangerous. Even the Swallow Man.

Review: This is a sober tale about two lonely souls on a journey so this isn’t for everyone. As any tale about Nazi’s, it’s not exactly the lightest read. Anna and the Swallow Man is told in a very unique voice and enhanced with lovely little embellishment illustrations at the start of each chapter. Savit is going on tour so you can check your local book stores to see if he’s stopping by. 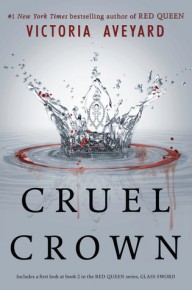 Cruel Crown – Victoria Aveyard
Pitch: Two novellas which give the backstory on characters from Red Queen:

Queen Song is about Queen Coriane, Cal’s mother. Coriane recounts her heady courtship with the crown prince, the birth of a new prince and the potentially deadly challenges that lay ahead for her in royal life.

Buzz: A nice way to visit Norta if you can’t wait for next month’s release of Glass Sword. Cruel Crown will also include a sneak peak at Glass Sword. She’ll be on a book tour in February when Glass Sword is released. 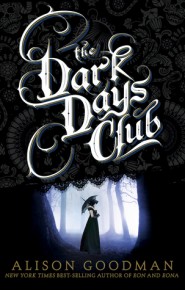 Dark Days Club – Alison Goodman
Pitch: London, April 1812. On the eve of eighteen-year-old Lady Helen Wrexhall’s presentation to the queen, one of her family’s housemaids disappears-and Helen is drawn into the shadows of Regency London. There, she meets Lord Carlston, one of the few who can stop the perpetrators: a cabal of demons infiltrating every level of society. Dare she ask for his help, when his reputation is almost as black as his lingering eyes? And will her intelligence and headstrong curiosity wind up leading them into a death trap?

Buzz: Regency England with demons? Sign me up! Goodman, an Aussie, will be doing a US signing tour sometime in March. 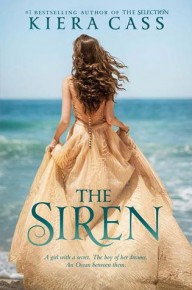 The Siren – Kiera Cass
Pitch: Years ago, Kahlen was rescued from drowning by the Ocean. To repay her debt, she has served as a Siren ever since, using her voice to lure countless strangers to their deaths. Kahlen is resigned to finishing her sentence in solitude…until she meets Akinli. Handsome, caring, and kind, Akinli is everything Kahlen ever dreamed of. Falling in love with a human breaks the Ocean’s rules. But for the first time in a lifetime of following the rules, Kahlen is determined to follow her heart.

Buzz: Kiera Cass fans may be familiar with this work since it was originally published in 2009. Now the book is getting a big publisher overall with a re-edit and bonus material. Cass will be touring for this book and also touring for her next Selection book The Crown in May.

As Seen on TV

Many of your favorite books are being adapted into TV shows and movies so don’t forget to look out for the 5th Wave in theaters and the following on TV: 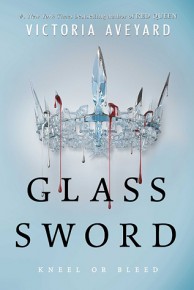 February has a ton of new books so here’s a sneak peek! Keep an eye out for more books in popular series including:

We’ll also get the start of a new series from Veronica Rossi (Riders) and a return to WWII by Ruta Sepetys in Salt to the Sea. (I just finished Between Shades of Gray which is STUNNING.)

There are also a few big debuts including the very buzzy The Girl From Everywhere by Heidi Heilig (time traveling pirates!) and the Abyss Surrounds Us by Emily Skrutskie (sea monsters and pirates!).

Each month I’ll include a giveaway.  It may be swag, it may be books.  The books may be ARCs and they may be signed.  It will vary, but it’ll always be fun!

In honor of the The 5th Wave movie hitting the silver screen next month, I’m giving away a stack of book and movie mini-posters and more! 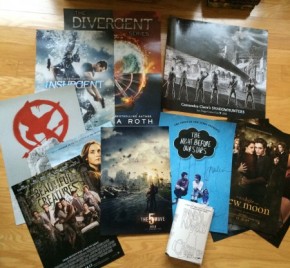 Fun, right? If you want to take this home, just fill in the rafflecopter below. This will be open for two weeks. Comment below on what book should next be adapted into a movie or TV series for additional entries.

Thanks to the publishers for providing advanced copies of the books I reviewed through events like YallFest and Publisher’s Night at Anderson’s Bookshop in La Grange, IL (a terrific bookstore!). You can read my ratings and thoughts in more depth at Good Reads.