As different as they are, you really can’t go wrong with any of the books in this edition of Book Beat.  There’s historic fiction, historic fantasy, a cute contemporary and the start of a huge sprawling epic so there’s something for everyone!

Outrun the Moon by Stacey Lee 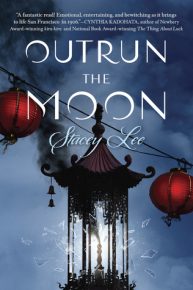 Pitch: A scrappy, determined girl faces prejudice and the aftermath of the big San Francisco earthquake

Story: “San Francisco, 1906: Fifteen-year-old Mercy Wong is determined to break from the poverty in Chinatown, and an education at St. Clare’s School for Girls is her best hope. Although St. Clare’s is off-limits to all but the wealthiest white girls, Mercy gains admittance through a mix of cunning and a little bribery, only to discover that getting in was the easiest part. Not to be undone by a bunch of spoiled heiresses, Mercy stands strong—until disaster strikes.

On April 18, a historic earthquake rocks San Francisco, destroying Mercy’s home and school. With martial law in effect, she is forced to wait with her classmates for their families in a temporary park encampment. Though fires might rage, and the city may be in shambles, Mercy can’t sit by while they wait for the army to bring help—she still has the “bossy” cheeks that mark her as someone who gets things done. But what can one teenage girl do to heal so many suffering in her broken city?”

Quick take: Beautifully written with an important message, this is a hopeful story even though the setting is filled with fear, anger, prejudice and, oh, a natural disaster. There are some tough moments, but Mercy Wong has such a strong spirit. It’s startling to see how in-your-face the hate and fear of the Chinese community was back then. People may be turned off by the harshness of the times, but it gets balanced with Mercy’s gumption once the disaster hits.  Mercy is really a kick-ass heroine, but of a more unconventional kind.

Empire of Dust by Eleanor Herman 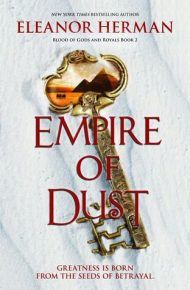 Pitch: Game of Thrones in ancient times with Alexander the Great, prophecies and magic

Story: “In Macedon, war rises like smoke, forbidden romance blooms and ancient magic tempered with rage threatens to turn an empire to dust

After winning his first battle, Prince Alexander fights to become the ruler his kingdom demands—but the line between leader and tyrant blurs with each new threat.

Meanwhile, Hephaestion, cast aside by Alexander for killing the wrong man, must conceal the devastating secret of a divine prophecy from Katerina even as the two of them are thrust together on a dangerous mission to Egypt.

The warrior, Jacob, determined to forget his first love, vows to eradicate the ancient Blood Magics and believes that royal prisoner Cynane holds the key to Macedon’s undoing.

And in chains, the Persian princess Zofia still longs to find the Spirit Eaters, but first must grapple with the secrets of her handsome—and deadly—captor.”

Quick take: “The next Game of Thrones” is on overused phrase that usually describes stories about political power plays or fantasy. I’m making the comparison because this is a fast-paced, epic page-turner with a dozen characters and lots of backstabbing, intrigue, war and magic.  As the second book in the series, you need to read Legacy of Kings first since there is so much story covered in the first book. (WB Television is working with Simon Helberg (The Big Bang Theory) on making this into a TV show.) Empire of Dust has even more moving pieces and provides backstory on the big battle between the Gods.

Available: June 28. Submit proof of your pre-order to empireofdustgame@gmail.com for signed bookplates, bookmarks and possibly other goodies. 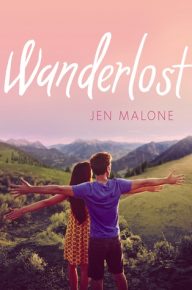 Pitch: A cute contemporary romance that wanders all over Europe

Story: “Not all those who wander are lost, but Aubree Sadler most definitely is on this novel’s whirlwind trip through Europe.

Aubree can’t think of a better place to be than in perfectly boring Ohio, and she’s ready for a relaxing summer. But when her older sister, Elizabeth, gets into real trouble, Aubree is talked into taking over Elizabeth’s summer job, leading a group of senior citizens on a bus tour through Europe.

Aubree doesn’t even make it to the first stop in Amsterdam before their perfect plan unravels, leaving her with no phone, no carefully prepared binder full of helpful facts, and an unexpected guest: the tour company owner’s son, Sam. Considering she’s pretending to be Elizabeth, she absolutely shouldn’t fall for him, but she can’t help it, especially with the most romantic European cities as the backdrop for their love story.

Quick take: Wanderlost is a cute romance and a tidy tale of Aubree’s journey way outside of her comfort zone. Some plot elements may not be entirely realistic, but set those thoughts aside and just enjoy the sweet story of a girl who slowly comes out of her comfortable bubble to discover there’s a whole world out there and she’s capable of facing it head on.

And I Darken by Kiersten White 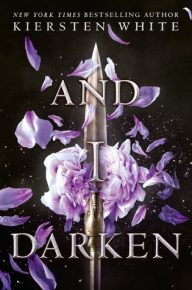 Pitch: A non-vampire, gender-reversal twist on the origins of Vlad the Impaler, the inspiration for Dracula.

Story: “NO ONE EXPECTS A PRINCESS TO BE BRUTAL.

And Lada Dragwlya likes it that way. Ever since she and her gentle younger brother, Radu, were wrenched from their homeland of Wallachia and abandoned by their father to be raised in the Ottoman courts, Lada has known that being ruthless is the key to survival. She and Radu are doomed to act as pawns in a vicious game, an unseen sword hovering over their every move. For the lineage that makes them special also makes them targets.

Lada despises the Ottomans and bides her time, planning her vengeance for the day when she can return to Wallachia and claim her birthright. Radu longs only for a place where he feels safe. And when they meet Mehmed, the defiant and lonely son of the sultan, who’s expected to rule a nation, Radu feels that he’s made a true friend—and Lada wonders if she’s finally found someone worthy of her passion.

But Mehmed is heir to the very empire that Lada has sworn to fight against—and that Radu now considers home. Together, Lada, Radu, and Mehmed form a toxic triangle that strains the bonds of love and loyalty to the breaking point.”

Quick take: Lada begins as a bratty, abrasive girl which can be hard to sympathize with for half the book. As we see the many incidents that shape Lada’s perspective, she grows into her strength even as she grows apart from Radu and Mehmed. It’s a very interesting character and I’m curious to see how this story unfolds over the next books in the series.

Thanks to Random House (And I Darken), Harlequin Teen (Empire of Dust) and HarperTeen (Wanderlost) for providing the books for review. Want more details on my impression of these and other books? Check out my ratings and full reviews at Goodreads.