I’m currently in Sin City for all the shenanigans at my first RT Booklover’s Con! Both The Novel Strumpet and myself will be having a ball on Saturday so we’ll have lots of stories to tell! Meanwhile, April continues to be filled with tons of great releases including several finished series and great re-tellings. 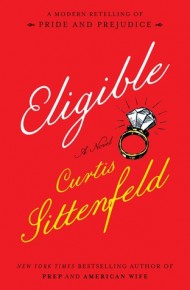 Story: “This version of the Bennet family—and Mr. Darcy—is one that you have and haven’t met before: Liz is a magazine writer in her late thirties who, like her yoga instructor older sister, Jane, lives in New York City. When their father has a health scare, they return to their childhood home in Cincinnati to help—and discover that the sprawling Tudor they grew up in is crumbling and the family is in disarray.

Youngest sisters Kitty and Lydia are too busy with their CrossFit workouts and Paleo diets to get jobs. Mary, the middle sister, is earning her third online master’s degree and barely leaves her room, except for those mysterious Tuesday-night outings she won’t discuss. And Mrs. Bennet has one thing on her mind: how to marry off her daughters, especially as Jane’s fortieth birthday fast approaches.

Enter Chip Bingley, a handsome new-in-town doctor who recently appeared on the juggernaut reality TV dating show Eligible. At a Fourth of July barbecue, Chip takes an immediate interest in Jane, but Chip’s friend neurosurgeon Fitzwilliam Darcy reveals himself to Liz to be much less charming. . . .

And yet, first impressions can be deceiving.”

Quick take: Miss Austen would absolutely recognize her characters, but would probably be appalled by the things modern women do these days: reality dating shows, women with jobs, sex before marriage and a diverse group of characters! But we clearly have Elizabeth, Darcy and the whole gang together and yet, it’s not a carbon copy of the original as Eligible breathes on its own. Jane Austen fans rejoice!

The Last Boy and Girl in the World by Siobhan Vivian 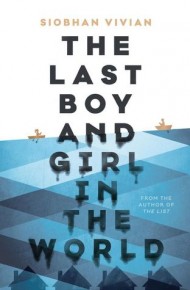 Pitch: A story about letting go when the world is ending

Story: “What if your town was sliding underwater and everyone was ordered to pack up and leave? How would you and your friends spend your last days together?

While the adults plan for the future, box up their possessions, and find new places to live, Keeley Hewitt and her friends decide to go out with a bang. There are parties in abandoned houses. Canoe races down Main Street. The goal is to make the most of every minute they still have together.

And for Keeley, that means taking one last shot at the boy she’s loved forever.

There’s a weird sort of bravery that comes from knowing there’s nothing left to lose. You might do things you normally wouldn’t. Or say things you shouldn’t. The reward almost always outweighs the risk.

It’s the end of Aberdeen, but the beginning of Keeley’s first love story. It just might not turn out the way she thought. Because it’s not always clear what’s worth fighting for and what you should let become a memory.”

Quick take: Inspired by true events, this book is about growing up, moving on and letting go. The plot and characters are well-crafted and Siobhan has the rare feat of creating a headstrong, impulsive teenager who is human and relatable (in most books, this character would be grating and abrasive). While Keeley’s final epiphany seems a bit rushed, it’s a refreshing ending where everything is not super HEA, but realistic and hopeful.

The Star-Touched Queen by Roshani Chokshi 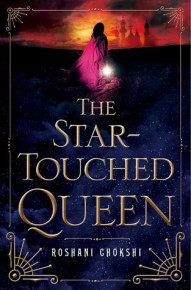 Pitch: A love story inspired by Indian mythology and filled with gorgeous imagery

Story: “Cursed with a horoscope that promises a marriage of Death and Destruction, sixteen-year-old Maya has only earned the scorn and fear of her father’s kingdom. Content to follow more scholarly pursuits, her world is upheaved when her father, the Raja, arranges a wedding of political convenience to quell outside rebellions. But when her wedding takes a fatal turn, Maya becomes the queen of Akaran and wife of Amar. Yet neither roles are what she expected. As Akaran’s queen, she finds her voice and power. As Amar’s wife, she finds friendship and warmth.

But Akaran has its own secrets – thousands of locked doors, gardens of glass, and a tree that bears memories instead of fruit. Beneath Akaran’s magic, Maya begins to suspect her life is in danger. When she ignores Amar’s plea for patience, her discoveries put more than new love at risk – it threatens the balance of all realms, human and Otherworldly.

Now, Maya must confront a secret that spans reincarnated lives and fight her way through the dangerous underbelly of the Otherworld if she wants to protect the people she loves.”

Quick take: There is a lovely romance, some gorgeous images and wildly imaginative creatures. I love Roshani’s unique voice and there are extra points for diversity, but it feels like a strong edit to clarify the second half would make the narrative as strong as the other aspects of the book. So read this promising debut author for the love story and the gorgeous imagery.

The Darkest Corners by Kara Thomas 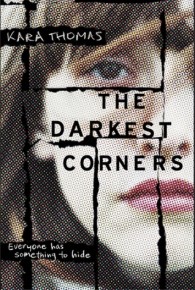 Story: “The Darkest Corners is a psychological thriller about the lies little girls tell, and the deadly truths those lies become.

There are ghosts around every corner in Fayette, Pennsylvania. Tessa left when she was nine and has been trying ever since not to think about it after what happened there that last summer. Memories of things so dark will burn themselves into your mind if you let them.

Callie never left. She moved to another house, so she doesn’t have to walk those same halls, but then Callie always was the stronger one. She can handle staring into the faces of her demons—and if she parties hard enough, maybe one day they’ll disappear for good.

Tessa and Callie have never talked about what they saw that night. After the trial, Callie drifted and Tessa moved, and childhood friends just have a way of losing touch.

But ever since she left, Tessa has had questions. Things have never quite added up. And now she has to go back to Fayette—to Wyatt Stokes, sitting on death row; to Lori Cawley, Callie’s dead cousin; and to the one other person who may be hiding the truth.

Only the closer Tessa gets to the truth, the closer she gets to a killer—and this time, it won’t be so easy to run away.”

Quick take: Everyone’s a possible suspect in this small town with many broken families and violent tempers. Tessa returns to her childhood home where there’s a whole mess of unresolved questions that turn into mysteries which hold many lives in the balance. This is taut and well-paced with an ending that keeps twisting and twisting again.

The Island by S. Usher Evans 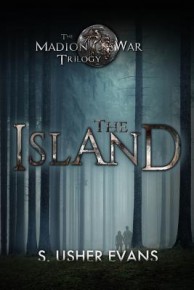 Pitch: Romeo (a prince) and Juliet (a fighter pilot) stuck on an island

Story: “Prince Galian is third in line to the throne, but prefers his place as a resident at the Royal Kylaen Hospital. When his father urges him to join the military to help reclaim their colony, Galian is forced to put aside his oath to Do No Harm and fight a war he does not believe in.

Across the great Madion Sea, Captain Theo Kallistrate dreams of a day when she is no longer bound by conscription to fight for her country’s independence. But when the Kylaens threaten, honor and duty call her to the front lines to fight off the oppressors.

When an air skirmish goes wrong, both Theo and Galian crash on a remote island hundreds of miles from either nation. Grievously injured, Theo must rely on Galian’s medical expertise, and Galian must rely on Theo’s survival skills, to live another day in a harsh and unforgiving terrain.

Can they put aside their differences long enough to survive? Or will the war that brought them to the island tear them apart?”

Quick take: The true focus of this book is the love story between Theo and Galian. The world they live in, their actions and motivations are underdeveloped and sometimes odd. Certain moments need more explanation on how or why, and, unfortunately, there were too many of these odd moments for me. While the Romeo and Juliet aspect of mortal enemies falling in love is nice, the setting and story feel underdeveloped.

Thanks to Random House (Eligible), Simon & Schuster (Last Boy and Girl in the World), Macmillan (The Star-Touched Queen), First in Line (The Darkest Corners) and Sun’s Golden Ray Publishing (The Island) for providing the books for review. Want more details on my impression of these and other books? Check out my ratings and full reviews at Goodreads.

There are lots of other interesting releases in this month, so if you’re looking for something more check out: 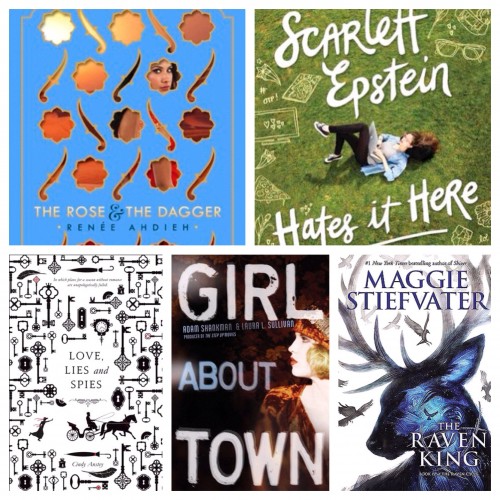