One of the biggest young adult book festivals, YALLWest, took over Santa Monica last weekend. It was two days filled with sunshine, heat, authors (lots of authors) and books (lots of books)! Here’s a quick look at my weekend and my book haul!

Fierce Friday kicked off the festival with signings and prizes on Friday afternoon. This year, the check-in process started earlier as every person could request a wristband for one author in each of the two signing sessions. It took nearly two hours to check in all the attendees. The time investment was worth it as the entire evening went smoother this year. 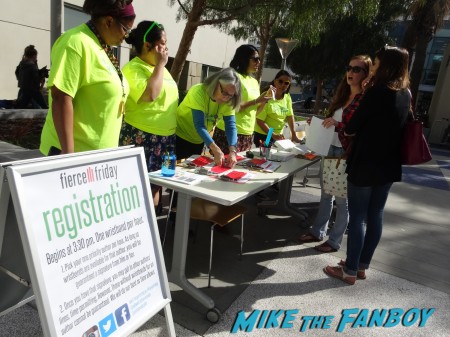 Once you grabbed your wristband, you can wander around, play some of the games or head into line. Just before 6 PM, the authors came out to kick off the weekend! 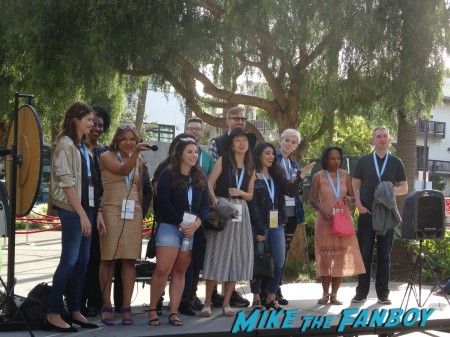 After that, we headed inside and the signing for the 6 PM authors began! I was excited to head straight to Maurene Goo’s line since I just devoured I Believe in a Thing Called Love where a straight A student uses K dramas (Korean TV shows) as her dating guide. So much fun! 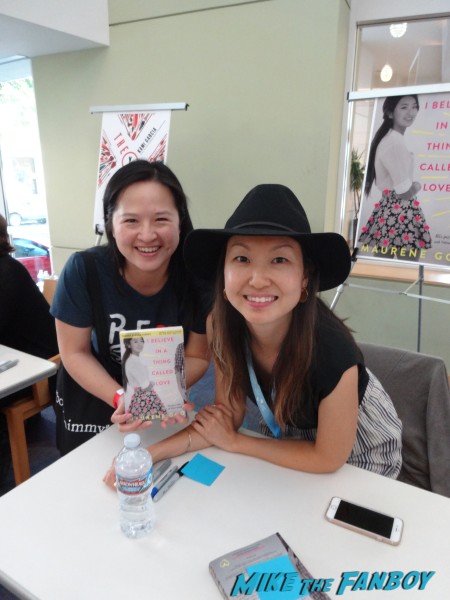 I then hit the courtyard for some team trivia before the 7 PM signings started. My team was a group of 4 complete strangers, but we rocked the game and got to choose a book as our prize. Lots of folks were buzzing about Kate Hart’s After the Fall so I nabbed a copy of that and hurried to her signing before the hour ended. 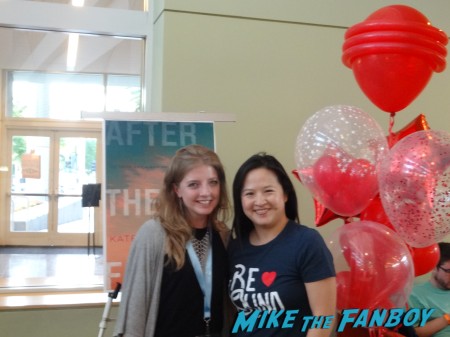 Then the wave of 7 PM authors took over and I got into Roshani Chokshi’s lengthy line. I enjoyed her gorgeous, wildly imaginative fantasies: The Star-Touched Queen and A Crown of Wishes.  A Crown of Wishes is on my “best of 2017 list” so I was really excited to meet her. Also, everyone in line speculated that she’s actually a real-life Disney princess. (I was waiting for an animated blue bird to drop onto the table and chat with her.) 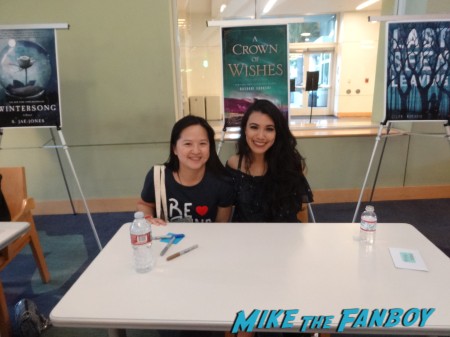 My last signing for the night was with S. Jae-Jones who wrote Wintersong which is inspired by Labyrinth (but without the David Bowie wig). 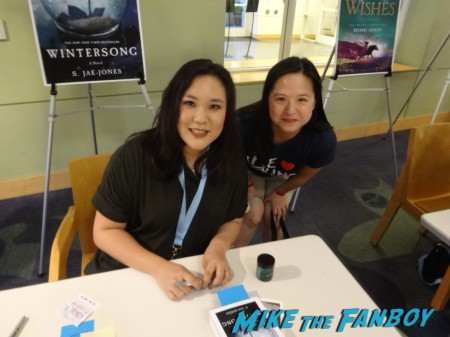 And with that success, I headed off to rest up for the main event — Saturday at YALLWest!

Saturday is always nuts with so many panels, signings and giveaways. Luckily, The Novel Strumpet was around so I had a partner in crime to help me stay sane. My first signing was at the Pique booth with F.C. Yee. He was signing advanced copies of The Epic Crush of Genie Lo (August) which is sort of like an Asian Buffy the Vampire Slayer in the Bay Area. 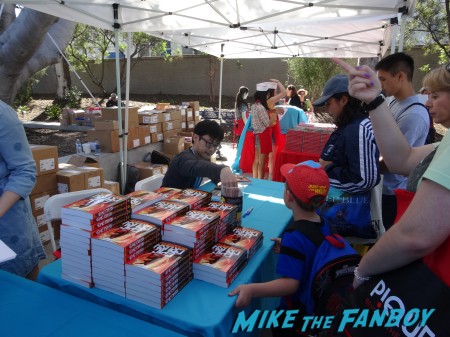 Next was one of my favorites, Renee Ahdieh! Her next book, Flame in the Mist, is Mulan crossed with a ninja origin story set in feudal Japan.  So beautiful and action-packed! Grab this one on May 16th! 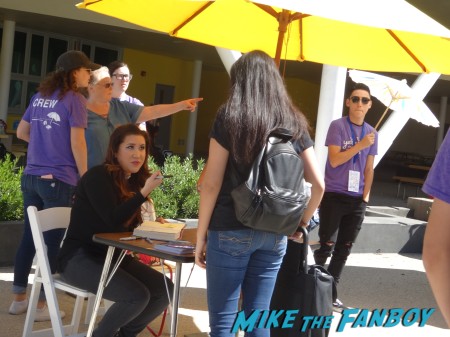 I also got to meet Kasie West who is a new author for me.  By Your Side was adorable so I bought all her books. She was really nice and, yes, considerably taller than little-old me! 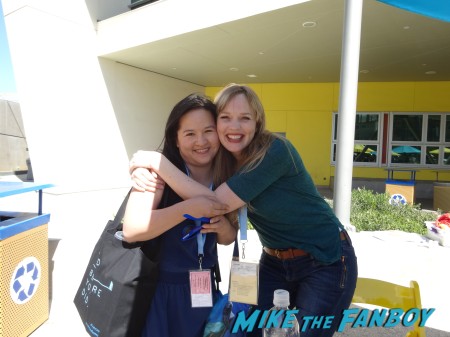 Great Hera! The most coveted giveaway of the weekend was an advance copy of Leigh Bardugo’s Wonder Woman: Warbringer (September). I was lucky enough to snag a ticket to the signing and got to take home the precious. 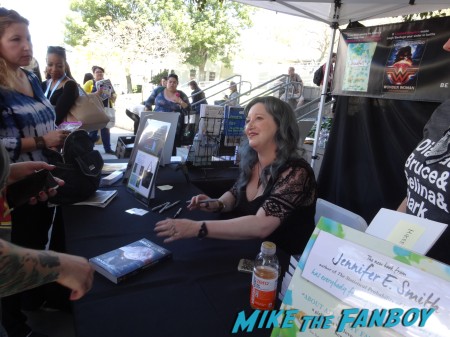 The Novel Strumpet and I also got a moment with Evelyn Skye who’s second book, The Crown’s Fate, comes out this month. This series is about dueling enchanters in an Imperial Russia-inspired fantasy. 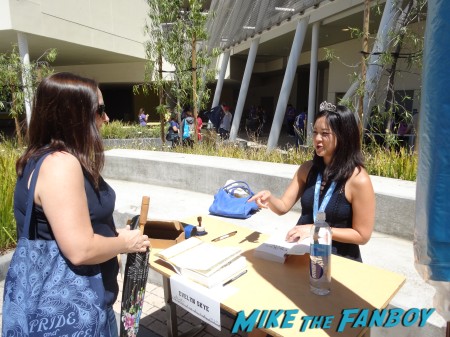 Jessica Cluess was so nice and also surprised that she had a sizeable signing line. She thought she “might have 5 people.” Lol! A Poison Dark and Drowning (September) is the second book in her Victorian fantasy series filled with magic and evil monsters. 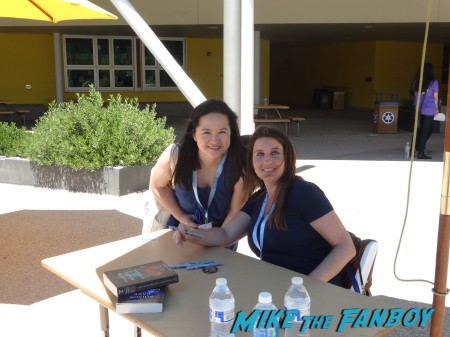 The Novel Strumpet and I also ran around trying to complete the Warcross game that’s promoting Marie Lu’s new book about gaming and hackers. Alas, we missed the big prize, an advance copy of the book. Ah well. Warcross is out in September! 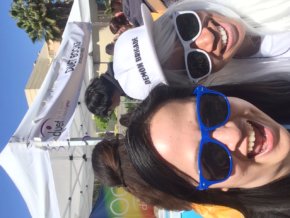 I did have success at The Novl booth! I managed to snag a copy of Invictus (September). Wolf by Wolf is one of my favorites so any book by Ryan Graudin is an event.  Also, she describes Invictus as Firefly meets Doctor Who so everyone should pick up a copy. 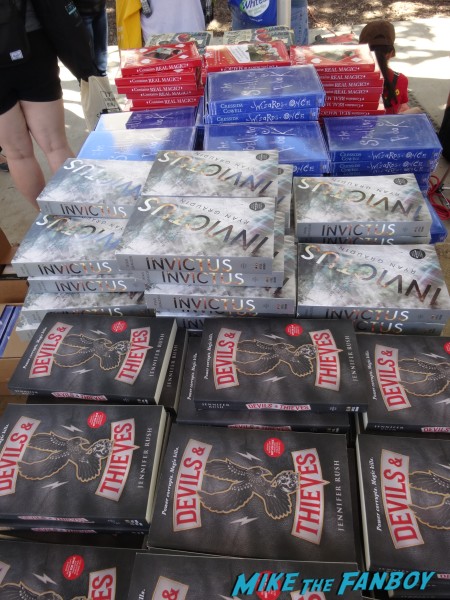 My last signing of the day was with Corrie Wang who wrote the futuristic thriller The Takedown. It takes place in the near future where social media profiles determine everything. Someone plants a fake video of Kyla Cheng and her teacher which could ruin her life, unless she fights back to clear her name. 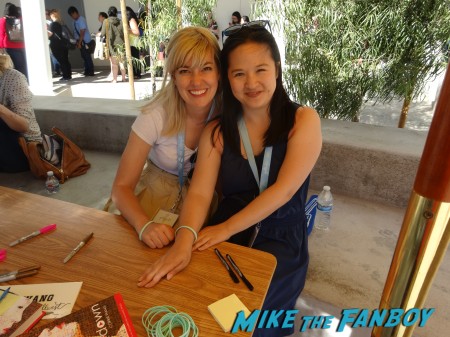 I ended the day with a lengthy and fascinating chat with Cindy Pon, a fierce and lovely human being. Her newest book, Want (June) is Blade Runner meets Oceans 11. (Look for my interview next week!) 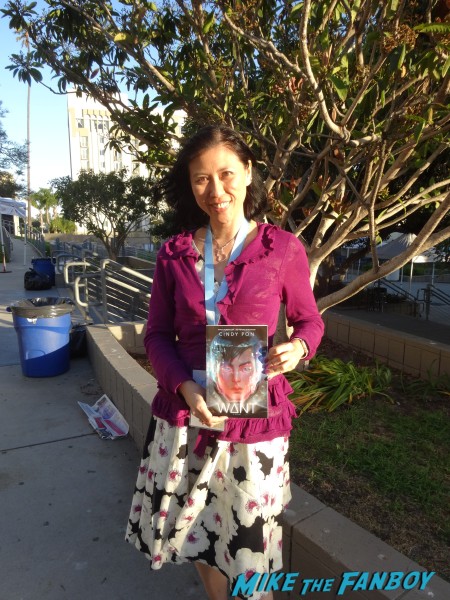 Clearly I had an amazing time at YALLWest!  I also shipped back all my books so I have a 28 pound delivery (!!!) headed my way next week. Here’s a closer look at my book haul!

My most anticipated reads include the aforementioned Wonder Woman: Warbringer and Invictus and also: 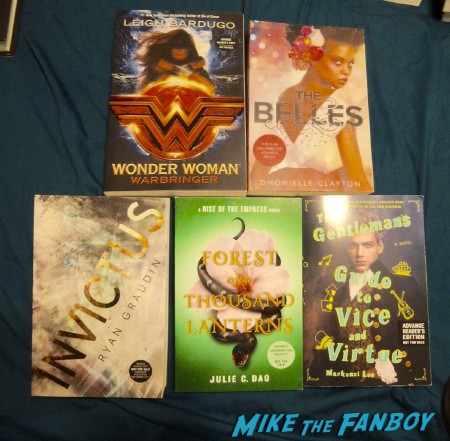 I can finally find out what happens in fantasy several series that launched last year! Fireblood (September) is the sequal to Frostblood and Ever the Brave (December) continues the story from Ever the Hunted. 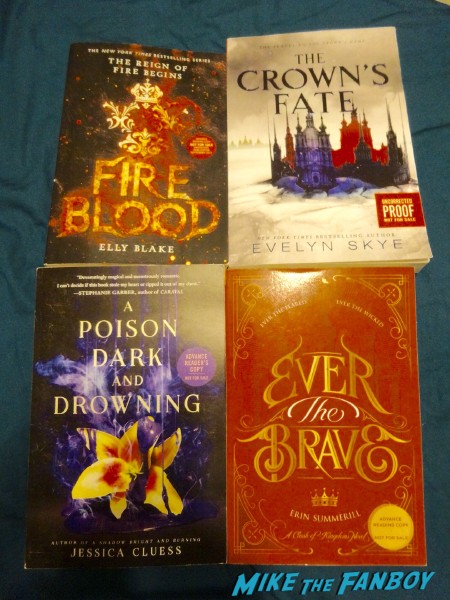 Lastly, not all books were ready for preview so the publishers gave out samplers. Marissa Meyer’s Renegades (November) is about superheros and Leigh Bardugo is publishing a collection of Grisha fairy tales in The Language of Thorns: Midnight Tales and Dangerous Magic (September). 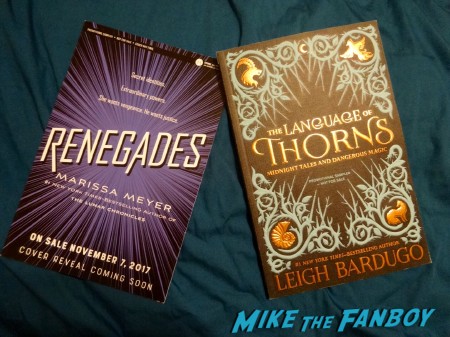 So much good reading ahead! September is going to be a huge month for books so start making room on your bookshelf now!