Home / Fanboying! • Q and A / Daniella Sees Her First Celebrity Ever! Brad Pitt! At A Fan Screening Of World War Z In Madrid!

I just got this great recap for none other than Mr. Brad Pitt! God love the man, and he does… He’s with Angelina Jolie for God sakes. LOL…

Anyway, MTF reader Daniella, attended a fan Screening of World War Z in Madrid and there was a surprise appearance by Mr. Smith himself Brad Pitt!

This is such a cute story as it was the first time Daniella ever saw a celebrity up close!

Check out her recap and photos below!

I wanted to write in, I don’t speak English well but wanted to send in something about the time I saw Brad Pitt! It was a big deal as I had never seen a celebrity before. The photos are not good as they are on my phone but I was so excited! I think I screamed when I saw him. 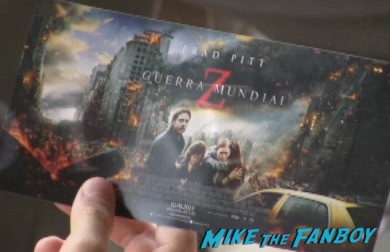 I am from Madrid and there was a showing of World War Z. Lots of people were there with tickets. 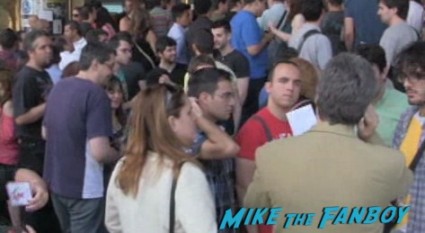 He did a small talk in front of the movie and then we watched the movie. Halfway through, I grabbed my friend and said, “I was in the Theater with Brad Pitt!” She laughed. 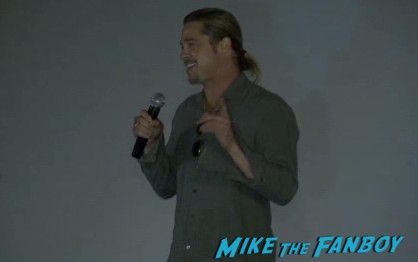 It was the top point of my year!

Check out Daniella’s photos below! 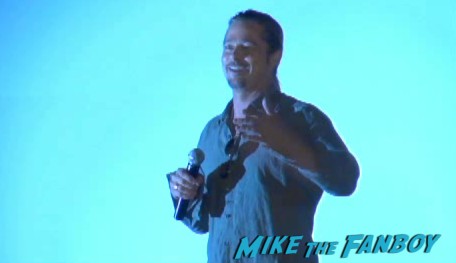 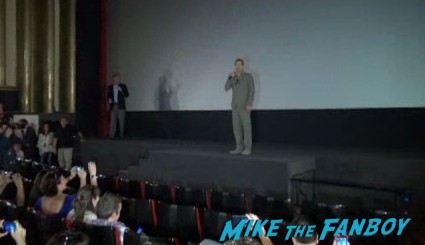 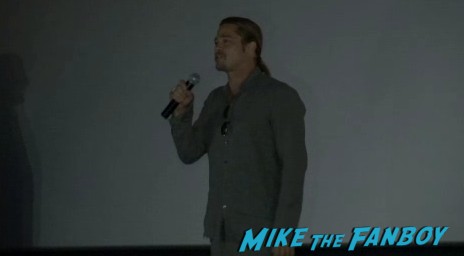 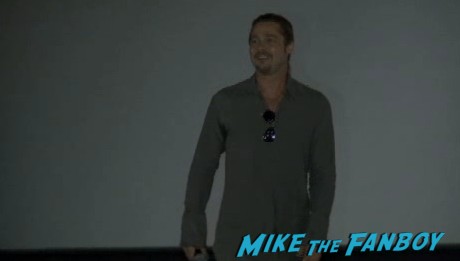 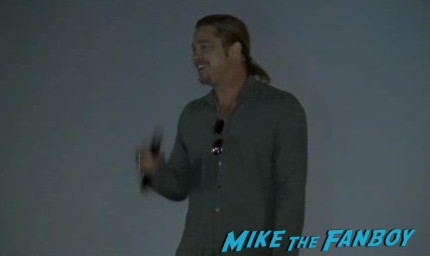