Home / Movie Posters / Brand New Priest One Sheet Posters Are Out! Along with Scream 4 and I Am Number Four Foreign Release Posters! 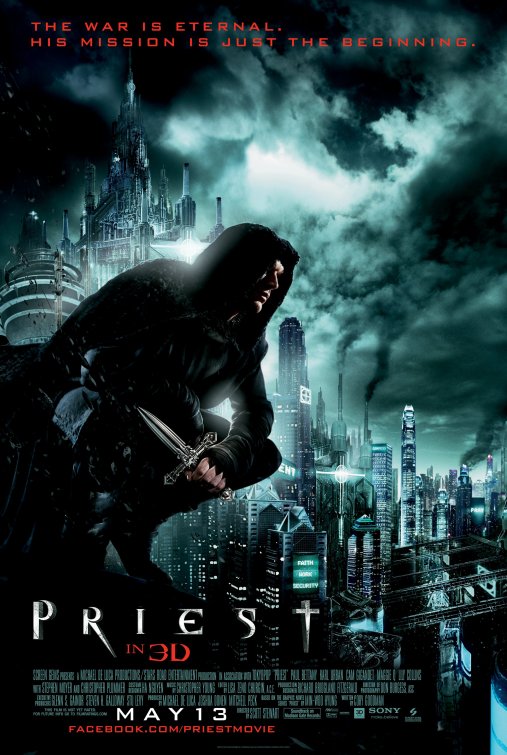 I always get excited when I see new movie posters; I’ve been like this since I was a kid… Ah… They become the symbol of the film itself really. This has always been one of the reasons I always get ticked when studios change the artwork for release on video… Yep, video, I’m going old school! Lol…

I just saw the new Priest one sheet… All I can say is Paul Bettany is not Kate Beckinsale so they should not make Priest look like Underworld. I mean really. Come on guys! Still I want to see the film, ever since Comic Con last year. They had a panel and it looks pretty cool.

Speaking of pretty cool… Scream 4. How excited am I? On a scale of 1 to 100? 10,000 is the magic number! I’m holding on to my hopes it will be great and spawn another trilogy… that’s what Kevin Williamson had in mind back a couple years ago. I asked him personally and that’s what he envisioned… soooooooooo I guess we’ll see… The Spanish one sheet is now out. Eh… it’s okay, not sure I love the photoshoped faces but I know it’s an iconic Scream image!

And another version of the I Am Number 4 poster is out. It’s a Japanese version, but so much cooler than the U.S. version! This one has Alex Pettyfer front and center, I think it’s more intriguing… but that’s just my humble opinion… I actually liked I Am Number 4 a lot.

Anyway, check them out after the jump! 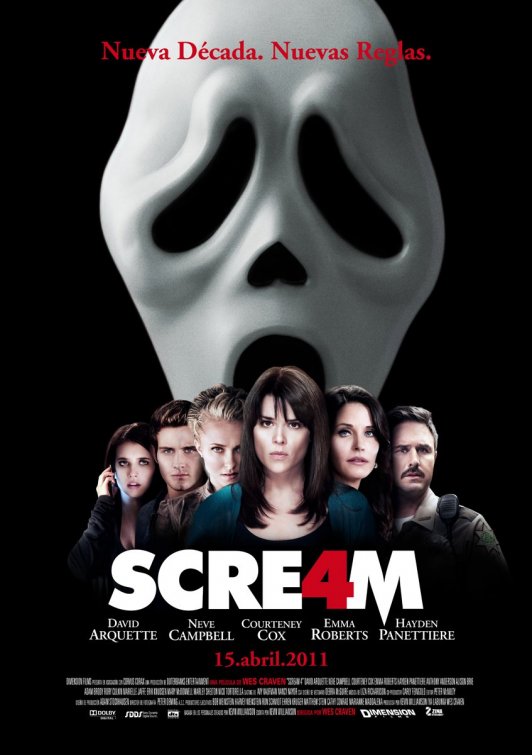 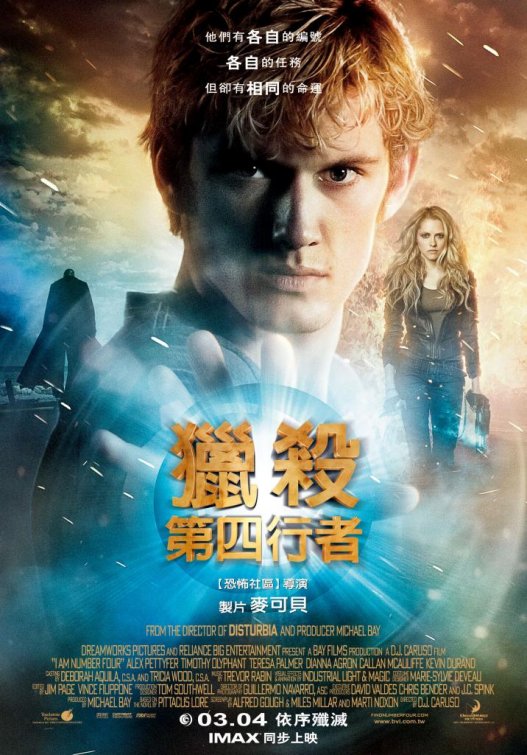