I’ll tell you there are times when it just gets so crazy in this hobby you just don’t know what to do. It’s sad really. If everyone could just behave it would be so much better. Alas, that rarely happens. And I’m not going to start bagging on autograph dealers here because I’ve been half trampled by just “fans” trying to take a photo. It’s almost like the worst in humanity comes out in people and it’s so strange.

Jack just submitted this great report from “meeting” Ryan Gosling recently and I’m reminded of all the times I’m stuck in the middle of all this craziness. I was going to go but instead opted to take a night off and then head to the Silver Linings Playbook q and a the next day.

Check out Jack’s recap after the jump!

Sometimes it’s better to go out for someone else than for yourself. Such was the case for my first autograph adventure of 2013. Last Wednesday, two of my mom’s favorite celebrities Brad Paisley and Ryan Gosling would be appearing on a talk show Since Ryan Gosling is one of my favorite actors, it took very little convincing for me to venture out. I planned my trip and Mike even agreed to meet up with me.

My number one priority was getting autographs for my mother and if I could get Gosling’s autograph for me that would be a plus. Still, you never know what to expect especially from nice celebrities. At my college graduation, Ryan showed up to attend his sister’s graduation and graciously acknowledged fans, but politely refused all autograph and photo requests, “saying he was there for his sister.” Since I worked with his sister I actually had a genuine conversation with him and he personally congratulated me on my graduation. To receive “congrats on your graduation” from one of your all-time favorite actors is not a bad graduation gift at all. So I know he can be quite gracious and polite to his fans.

Wednesday arrives and I leave work early to attend the taping not knowing what kind of crowd to expect. After 40 minutes or so I arrive and head on over with a magazine and CD for Paisley and a GQ magazine and three DVD/Blu-rays for Gosling including “Drive,” “Crazy Stupid Love,” and “Lars and the Real Girl.” I arrive and notice the barricade is already two-three deep so I pick a spot. Only one amateur, skateboarding paparazzi is to the left of me. 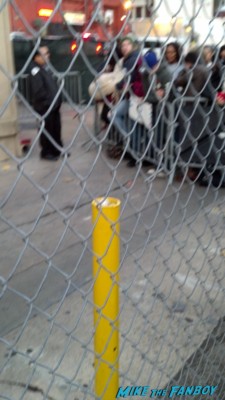 A few minutes later, Billy Beer arrives on the scene and I say hello. I pass the time hearing about the “Gangster Squad” premiere and discussing sports, especially the Baseball Hall of Fame results. I learn Will Ferrell is also taping a segment today, but no one expects anything (especially since he wasn’t advertised). In the background we hear Brad Paisley’s sound check and start complaining about this 30-40 degree California weather. Almost everyone now has their beanies and hoodies up trying to stay warm as it’s now 5:30ish. There is no one to the left of me (but that doesn’t last long once it hits 5:45 p.m). About this time I receive an email from Mike wishing me good luck and informs me he won’t be making it out.

(Editor’s Note: I probably should have come… Sigh… Ah well… Sometimes you need the rest! M-)

Within 20 minutes, we see some rumblings with security and anticipate Gosling’s arrival after seeing a black SUV attempt to enter the alleyway behind the barricade. A few minutes later, we see Ryan enter the alleyway carrying his suit over his back and he heads straight towards the door to get dressed. Moments later Brad finishes sound check and just gives a simple “peace sign” acknowledging the crowd since he is pulling double duty tonight as guest/performer.

Now we wait…and wait…and wait. Around 6:30ish, Will Ferrell leaves and heads straight to his car. A few of the young dealers sprint after him and of course, no one lucks out. There are now a dozen “white boarders” to the left of me discussing strategy and using their friends/significant others to grab additional autographs. Some of them discuss Ryan was reluctant signing certain “Drive” photos at the premiere and after overhearing this I decide to try for “Lars and the Real Girl” if I can get a second autograph.

About 7pm-ish, the crowd enthusiastically calls out to Ryan and he heads straight over, almost without hesitation. He and his publicist briefly discuss where to sign first with the barricade directly in front of him. They decide to start along the right barricade and soon, about 75% of the other collectors pounce upon the barricade. 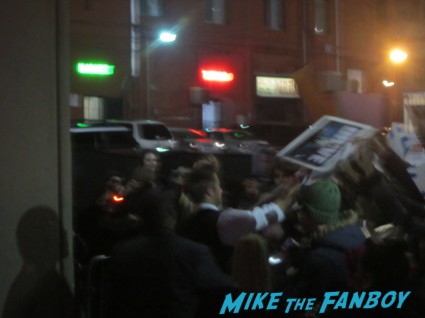 All the other collectors to the right of me stood their ground. It becomes vicious with certain collectors “going over the top” average fans and his publicist makes notes. 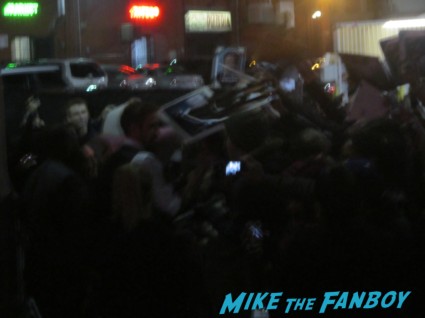 He signs up a storm and even takes a few pictures with them. I take several photos, but they don’t turn out as well as I hoped. 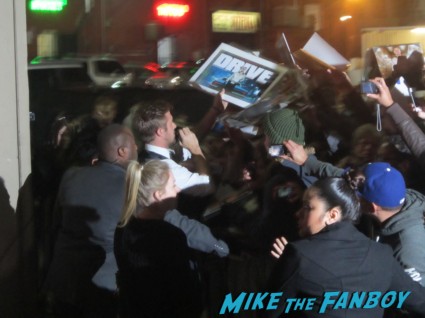 After finishing the barricade he agrees to come along the fence and requests a sharpie. NO ONE OBLIGES his request and he seems to debate whether to sign for us. 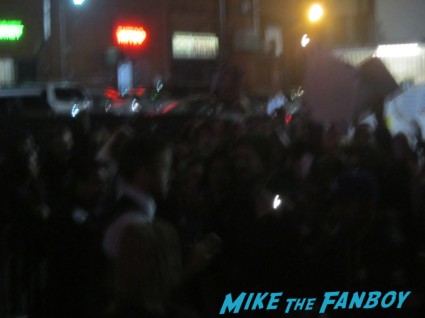 Without any hesitation I offer my blue sharpie and Ryan agrees to bring it back to me (his publicist reiterates this as well). He starts to the right of me and suddenly the majority of the barricade runs along the fence. The publicist makes a mental note as Ryan starts signing. I managed to snag him on the GQ magazine 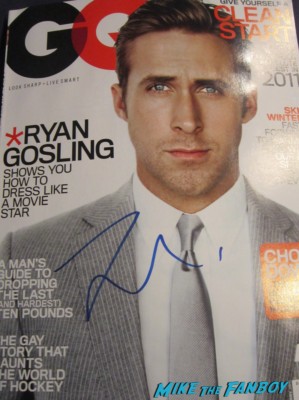 and also have my “Lars and the Real Girl” DVD out, which he skips at first, but signs when he comes back across. A few moments later, he stops in the middle of the fence and turns toward my section, “Whose pen does this belong to?”

I say “me” and he gladly hands it back. I thank him for signing and he takes off, when I start hearing some disappointments from several collectors. Before he stopped signing, his publicist pointed out some of the people “double dipping” and that’s why he only signed for a little bit along the fence since the barely filled fence became “over packed” quickly. Afterwards I conferred with Billy Beer and he said it might be another 30 minutes before Paisley finished his set. I’m calling it a night.

Due to the wind picking up, I decided to take off and walked away with two autographs, including one for myself. I honestly couldn’t have been happier and I’m glad I made the trip out. Until the next time, happy autograph hunting! 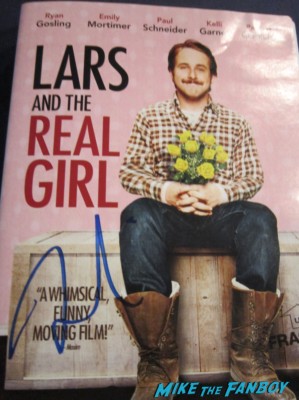