I love retrospective screenings. There’s no better feeling being able to see one of your favorite films on the big screen or seeing a classic for the first time. To me, there is nothing more exhilarating! This week I was very fortunate to attend a WGA screening of “Bridesmaids” with the Academy Award nominated screenwriters.

Yes, I was able to see “Bridesmaids” with Kristen Wiig and Annie Mumulo doing a Q&A afterwards. Not only is “Bridesmaids” one of my favorite comedies, but I was super eager to hear them talk about their newly announced project “Barb and Star Go to Vista Del Mar” which was announced around the same time tickets went on sale for the event.

I attended the screening with a ladyfriend and we had an absolute blast. For both of us, it had been a few years since we last saw “Bridesmaids” and the movie holds up VERY STRONG. It’s always a tough thing revisiting a zeitgeist comedy years or even a decade(s) later especially when you held them up in high regard in your youth. “Bridesmaids” definitely will be one of those timeless comedies you can watch over and over again decades later, which was reassuring.

The screening started almost 15 minutes late and afterwards the moderator jokingly admitted to stalling beforehand. Unlike some Q&As, the moderator said it would be more of a fireside chat instead of a traditional one with audience participation. However, he did ask audience members what questions they would like answered and responded accordingly to say which ones he would incorporate into his questions and/or add to his preexisting ones. 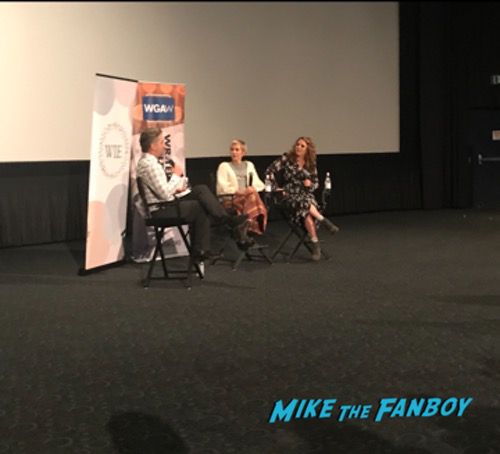 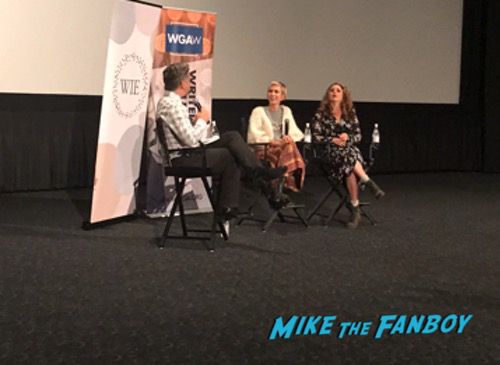 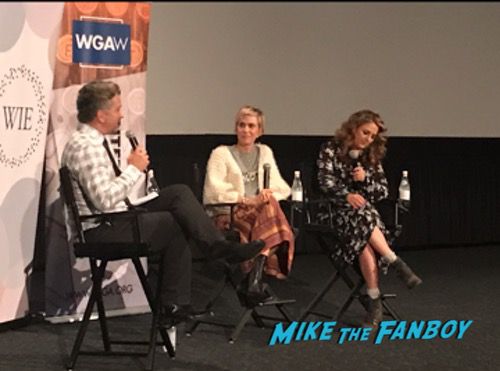 Both Kristen Wiig and Annie Mumulo showed up a few minutes later to a rousing applause. Everyone had an awesome time and some of the cool highlights were as follows:

-Kristen would fly from NY and write in CA with Annie in her Burbank apartment after SNL, usually one day at a time.
-The first draft was originally written in (6) days, however it barely resembles the finished project
-Kristen and Annie would only write in person together
-Kristen’s character name was changed only to “Annie” at the last minute
-They started writing the script in 2006
-The character of Rita (Wendi McLendon-Covey) was the only one specifically written for her whereas everyone else came into the picture later
-Originally there was a Vegas sequence written (about 55 pages), but because of the recent Vegas movie trends (“Hangover”-although not mentioned by name) they had to scrape it and the meme-worthy airplane scene was born
-Annie was supposed to play one of the Bridesmaids, but due to her pregnancy they altered her role and rewrote it into the other characters.
-Producer Judd Apatow suggested Annie (who was pregnant at the time) play the “Nervous Woman on Plane” prior to shooting since she wasn’t able to play a Bridesmaid as she initially didn’t have plans to appear in the film.
-Annie admitted there are enough drafts that she has (3) separate stacks about 3 feet high
-Both Kristen and Annie had no expectations about the movie since it was there 1st script
-Director Paul Feig reached out to them the first day and said they were trending on Twitter, which was when they realized “people might actually go see it.” It really was a word of mouth film.
-They’re both still shocked they received Oscar nominations. 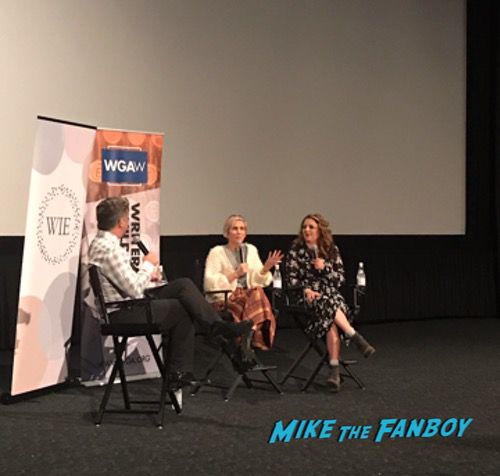 Clearly everyone was having fun at the screening and at one point the moderator asked someone off to the side, “How much time do we have?” Of course he received the, “Wrap it up” signal and instead of ending it right there he asked one last question before they took a group photo. Afterwards, a few people came up immediately to interact with Kristen and I decided to meet Annie before she took off. I thanked Annie for her time and managed to get her to sign my “Bridesmaids” Blu-ray before she rushed out of there. She quickly got whisked away before anyone else was able to say hello.

Security was all over Kristen so I didn’t think there was a chance. Just when I had an opening a guy made his way in a customized glitter suit and asked her for a picture. However, he did it in the most peculiar and obnoxious way. He got Kristen’s attention despite her handlers and security saying no, but was shoving his phone in my face. Kristen obliged and waited for someone to take the picture, which wound up being me. So strange to not even ask a random person, but shove your camera in someone’s face without asking. No wonder why Rami Malek and other recent celebs hate taking selfies/posed photos. Despite this I did manage to get Kristen’s autograph and thanked her very much before she was escorted out. It appeared like I was the only one who wanted (and got) an autograph whereas everyone wanted to talk, ask question(s) and/or a picture with Kristen.

On the way out I heard, they REALLY WENT OVER TIME and the theater/staff were frustrated. Sure enough when I looked at my watch, they certainly did which is why security and the handlers were anxious to get everyone out. Overall, it was an awesome evening and a HUGE SHOUT OUT to Annie & Kristen for making a Tuesday night awesome! 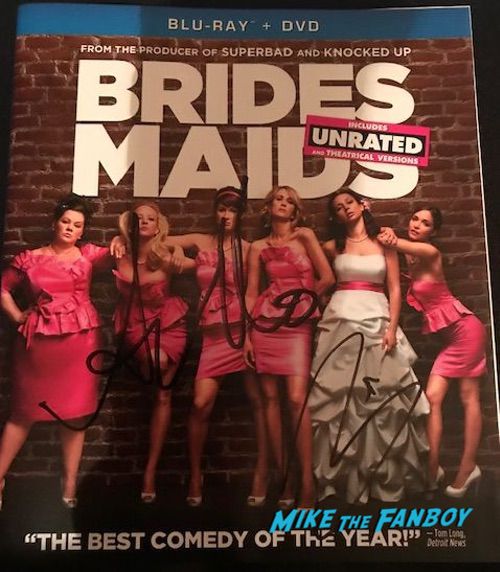 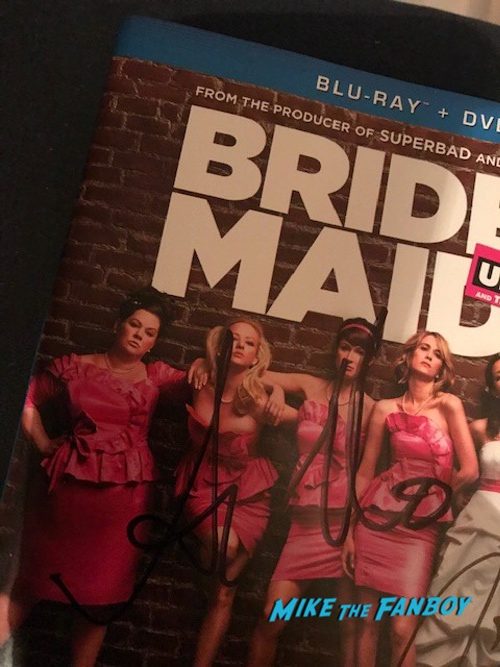 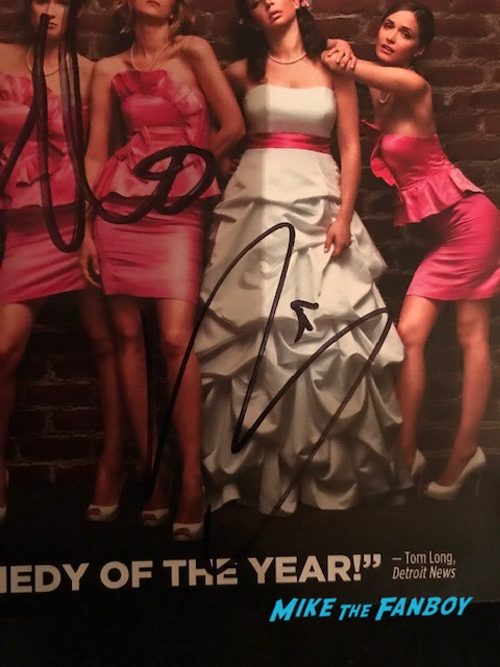