Home / Billy Beer's Barstool / Brie Larson Apparently No Longer Will Sign Autographs! The Scott Pilgrim Star Tells Billy This As He Gets A Quick Photo! Doh!

Wow, isn’t this the third time we’ve heard that a celebrity has refused to sign autographs anymore. It’s sort of shocking since it seems easier than taking pictures with people. Not that I don’t think both are equal it just depends on what people want to be honest.

The latest celebrity to get burned out is Brie Larson. Billy Beer headed out to meet The United States of Tara star and while she was okay, she did refuse to sign.

Welcome back to Billy Beer's Barstool. Today we are off to see an actress who I like from one of my favorite movies Scott Pilgrim vs. the World, Envy Adams AKA Brie Larson. Yes I am aware that Mike and Scotty went to a signing when the movie came out and got the whole cast, blah blah blah. Only heard the story about as many times as I've heard him bitch about not getting Batman vs. Superman poster. 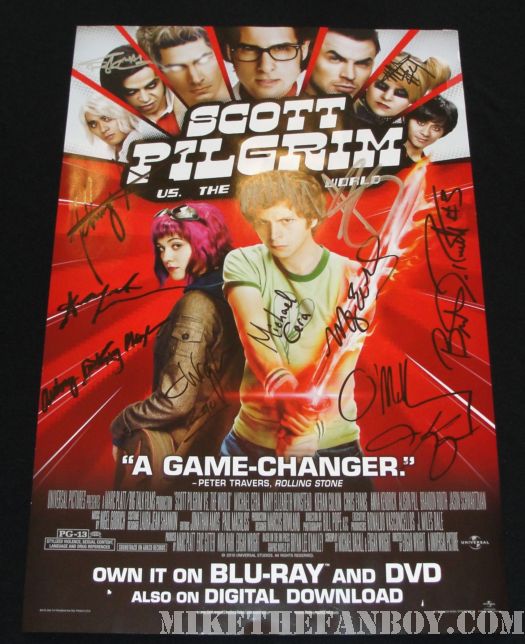 Anyway, Brie was out promoting her new movie "Room" which has a lot of people talking awards. It won the people's choice at the Toronto film Festival.

When I arrive, there are only a couple of people there. That's good, cause I think if the numbers are small she might do it. In the past she has been super nice. As a few more graphers show up, I start hearing mumbling that she recently told people she no longer signs. This seemed odd, but she did stiff at a talk show about a month back. Now the group has grown to around 10-12 people. Anthony spots the car, and I make my way over there by myself. While he ran to get his stuff, Brie walks out of the car, and right to me. I ask her if she would mind signing, and she says "Sorry, I don't do that anymore." I'm a little bit in shock, but was warned. I tell her I'm a big fan and that I traveled a long distance and she repeated that she doesn't sign anymore. So I ask if she would at least take a picture. She was totally cool with that. 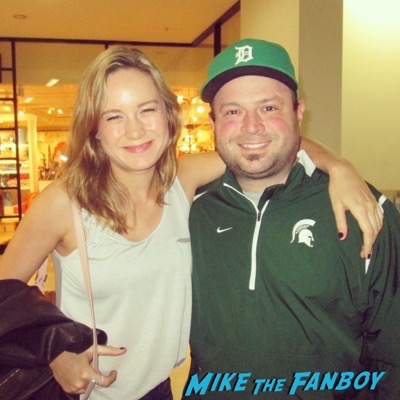 By this time everyone else had gotten to her. She repeated she doesn't sign anymore, and proceeded to take pictures with anyone that wanted one. Again, super nice, but didn't want to sign. A couple of people discussed with her their displeasure in the nicest way (being serious, they didn't yell or swear at her, they just said it was a bummer she wouldn't sign when she's one of their favorites)

I'm thankful for the pic, but was hoping for a little more. I later found out after I left security was called down to clear people out. A bit extreme if you ask me. Glad I was able to get her on my Scott Pilgrim poster back in the day. Well, I'm off. It's Happy Hour Somewhere