I know everyone will be shocked by this, but I love Mark Wahlberg. Even back to his underwear dropping days, to his faux rapping, to his Perfect Storm, I even suffered through The Happening.

Now, comes the latest in Mark Wahlberg films, Broken City, which is out now on blu-ray and DVD. In and out of theaters fairly quickly, Broken City is a political thriller that in lesser hands could have fallen victim to the typical cliches. 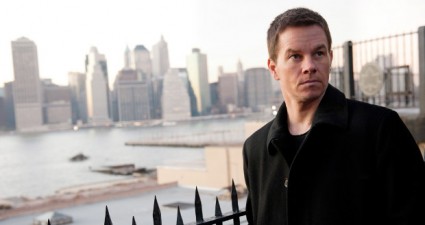 Billy Taggart (Mark Wahlberg) is a cop, he’s frustrated and shaken up, plus he sports a full and manly beard. Billy stands over the dead body of a man he just killed and something is just off. Another cop walks over and takes Billy’s gun out of his hands. Taggart doesn’t flinch.

Not a bad opening and it immediately sucks the viewer into the action at hand.

Taggart faces charges for the shooting and then the entire city of New York is up in arms over what happened. In fact, Taggart might face a full trial for the shooting, however Taggart avoids getting charged. He is then asked to resign from the police force by Mayor Hostetler (Russell Crowe). 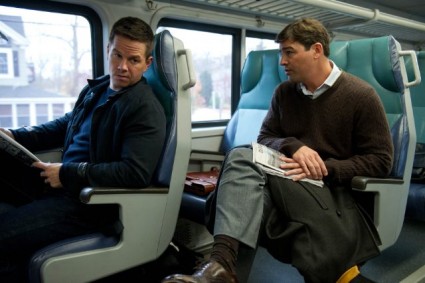 For the next few years Taggart kicks around as a private eye but is having a hard time making ends meet. Then he gets an unexpected call from Mayor Hostetler asking him to find out if his wife Cathleen (Catherine Zeta-Jones) is having an affair which could affect his chances for re-election. The Mayor offers Taggart fifty grand for the case and Taggart jumps at the opportunity to make some money. Ummm Yeah, too good to be true right?

Taggart discovers that Cathleen is cavorting with the enemy, quite literally actually as it’s the Mayor’s opponent’s campaign manager, Paul Andrews (Kyle Chandler). This is where the plot gets tricky and a tad confusing, there’s a land development deal, a housing project scandal, assassinations, construction company issues and more. Whew… 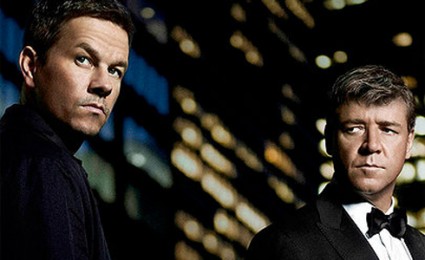 Broken City is one of those films that seems quaint or old fashioned these days. That’s not a bad thing to be honest. I appreciate the P.I. genre and love twists and turns especially with a strong cast like this one.

Mark Wahlberg does his best, soft spoken tough guy with a heart character that he’s been perfecting for a while now. Here he’s very convincing and effective much more so than he was in more recent like minded films such as Contraband.

As Mayor Hostetler, Russell Crowe is clearly having a great time playing such a shady politician and is having over the top fun. It’s great to see Russell and Mark square off in their scenes together. However, Catherine Zeta Jones seems to have all the zip and sexiness she showed in Chicago and Entrapment sucked out. Someone get this woman a red bull stat! Every time she comes on screen she slows down the action and looks like she would rather be napping.

Another interesting side note is that Broken City was shot digitally, but honestly you wouldn’t know by watching the film. It has grit and texture that serves the action well which doesn’t usually happen in a lot of digitally shot movies.

The special features include six deleted scenes and an alternate ending. There is also a great making of documentary called “Putting It All Together” which chronicles the films long and hard journey to the screen, including being put on Hollywood’s Black-List and it’s fight to get out of development hell.

Overall, I understand why people didn’t catch Broken City when it was in theaters. however, I would say give it a chance, it’s worthy of a night in. You could do a lot worse than spend a couple hours with Mark Wahlberg and Russell Crowe!

Broken City is out now on DVD and Blu-Ray! 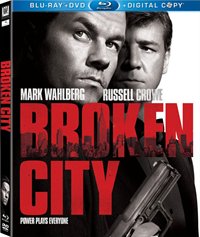