Last night was the Bruce Campbell book signing in Burbank at a little store called Dark Delicacies. You get the book signed as well as one other personal item, which is always nice.

You had to pre-order the book like a month and a half in advance and Scotty was nice enough to go with me, so I could get my Army Of Darkness poster re-signed after Sam Raimi screwed it up.

The nice thing was, you got your line number in advance, so all you had to do was show up on time and they were taking people, in batches of 10 or 15.

I got to see the usual miscreants, Ace, Chris and a certain award nominee who has his picture up on the wall of Fatburger, which is rare and difficult in and of itself. It’s fucking Fatburger people. 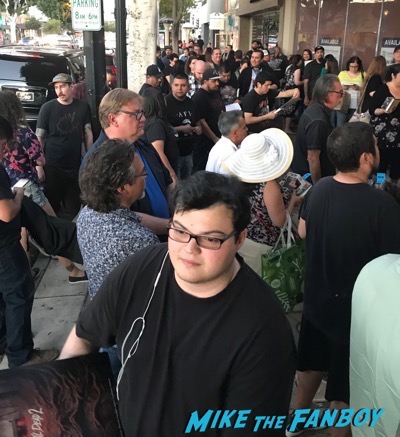 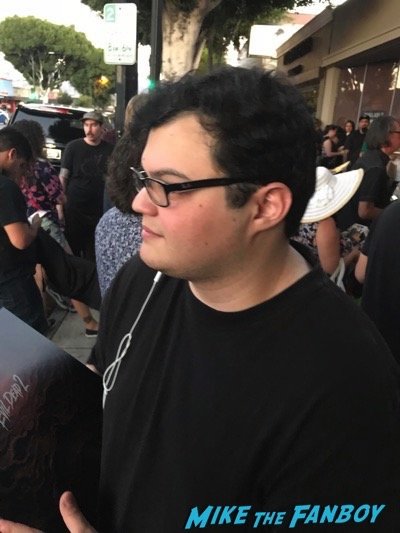 It seemed like people were everywhere but we got in fairly quickly. I mean the line was going really fast. 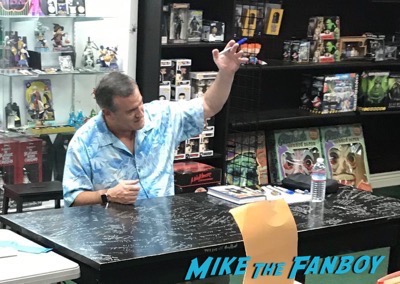 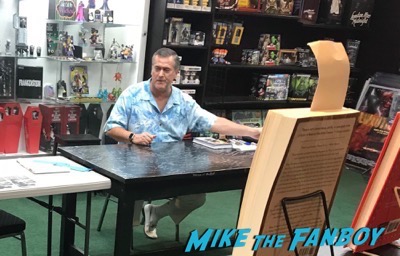 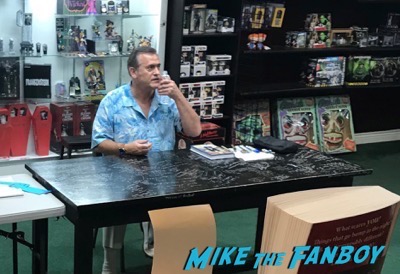 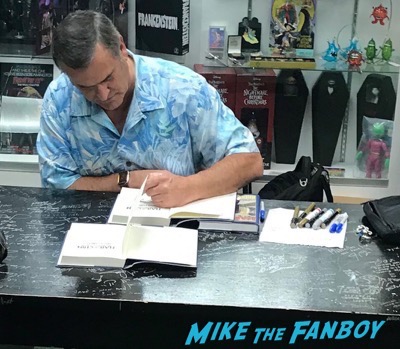 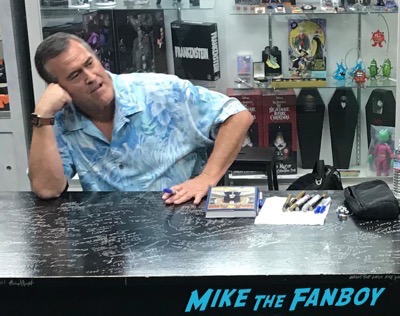 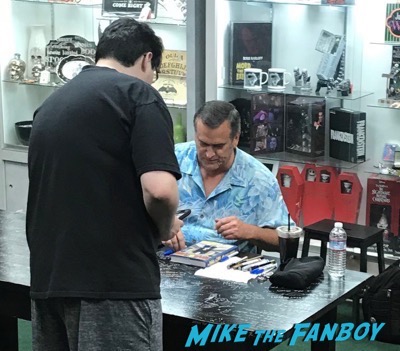 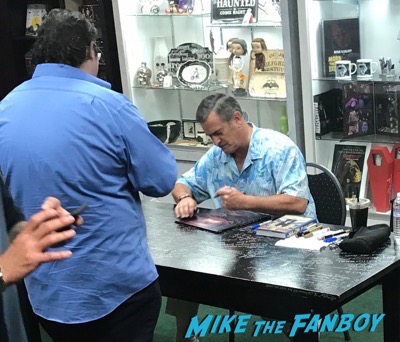 The books were all pre-signed and then you could go up and get your personal item done. Now, here’s the odd part. It you wanted your book personalized, then you couldn’t get a personal item signed… I was like… Come again? If I want him to write “To Mike” then I lose an item? That’s nuts.

Anyway, like I said the line was whipping though. before I knew it, it was my turn and before I could even get to the table, Bruce Campbell’s handler took my season 2 presskit and was at the table and I think it was signed. 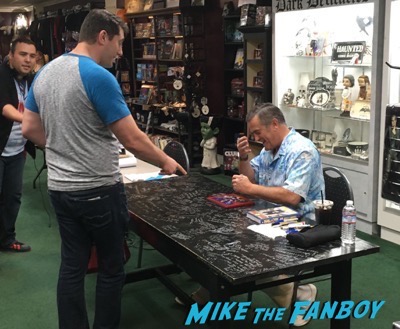 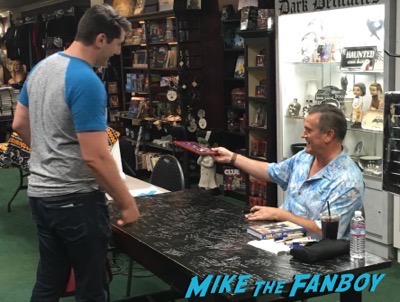 Bruce, is always Bruce though and was super fun. He was like, “That’s like 3D!” And he was playing with the book. It’s the Ash vs Evil Dead season 2 presskit  book. It looks pretty cool signed. 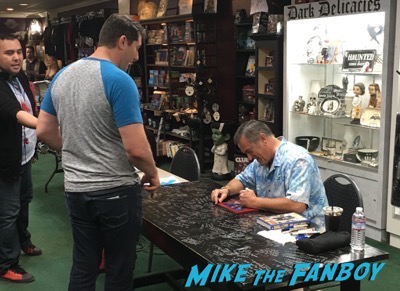 Scotty was next and Scotty asked Bruce Campbell, “Could you sign it in gold, on the top.”

Bruce Campbell said, “I’m going to sign it in silver down here by the wheel.”

And that was in, Scotty was ushered off.

And we were done.

We said goodbye to everyone and we were out in 40 minutes. Pretty damn fast if you ask me. 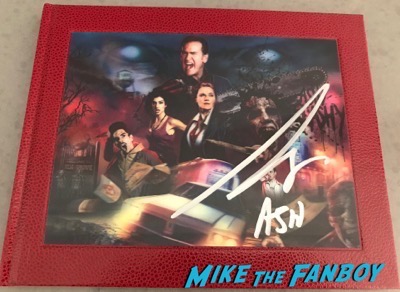 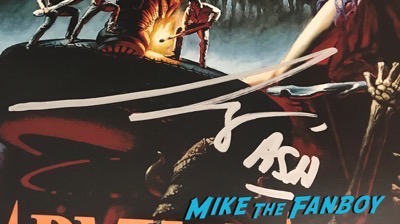 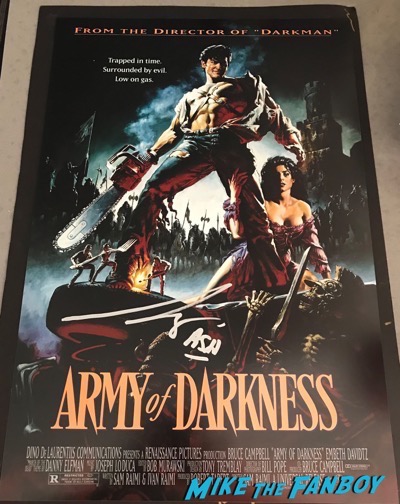