Home / Interviews • Suddenly Susan / Talking With Bruce Campbell! His New Series Ripley’s Believe It Or Not On Travel Channel! Finding People Who Were Already Found! And More!

Bruce Campbell sat down with the press at this year’s San Diego Comic Con to discuss him hosting the Travel Channel’s Ripley’s Believe It Or Not reboot. The legendary cult star said his approach to hosting goes back to his experience using a teleprompting while shooting an infomercial for Chrysler. He also shared with us that he was able to acquire his Screen Actors Guild membership card with that job. He added that his usual “snarkiness,” as mentioned by a member of the press, would not come into play as host of this show. Actors need to adapt to the material and he stated that the show is “celebrating” the people showcased in each episode. The audience will be “fascinated, amazed and impressed” with these people. 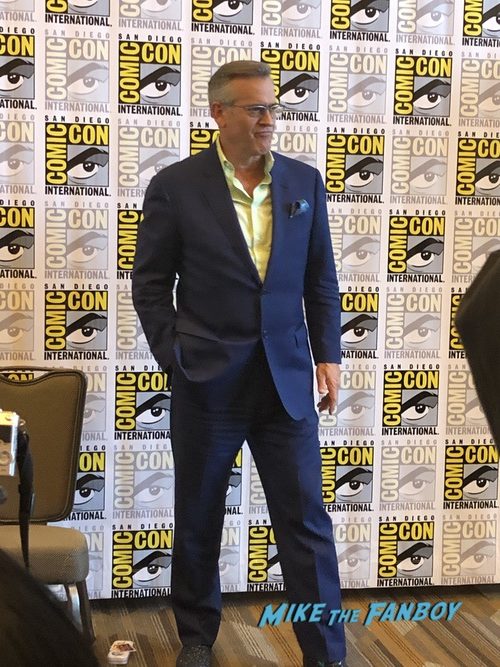 I asked Bruce if it was difficult finding people who haven’t already been blasted all over social media and he said that they “found people who were already found,” but the difference is that the audience gets to know them as people. Seeing the footage is one thing, but that getting to know them and their back story or how they overcame a disability or harsh upbringing for example, is how we celebrate them. Sharing uplifting stories is the show’s main focus. 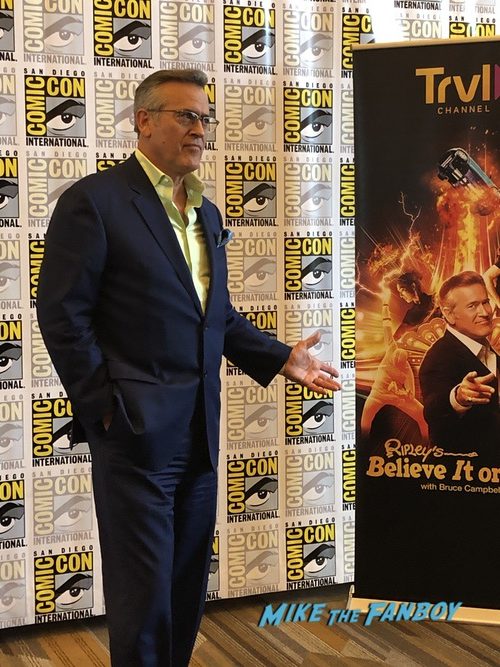 Bruce stated his hope would be, since the reboots airs on the Travel Channel, that he’ll get to “bop” around a bit and visit people with such stories around the globe and experience them in their home and where they grew up. Though they are able to see and showcase more people with the current format of submission videos. As executive producer Bruce told us that he gets to impose the correct tone and make sure that everyone featured on the show is done so respectfully.
When asked why he chose such a project as opposed to a scripted project, Bruce explained that he hates serials dramas, such as medical or law episodic and has been approached in the past, but turned down several as he feels they are very “boring”. He said that type of scripted procedural is just not interesting to him. Fresh faces every episode is was appealed to him most about Ripley’s. This project “fell off the truck” for him and since he found it intriguing he agreed and feels it’s a very good for himself and the network. 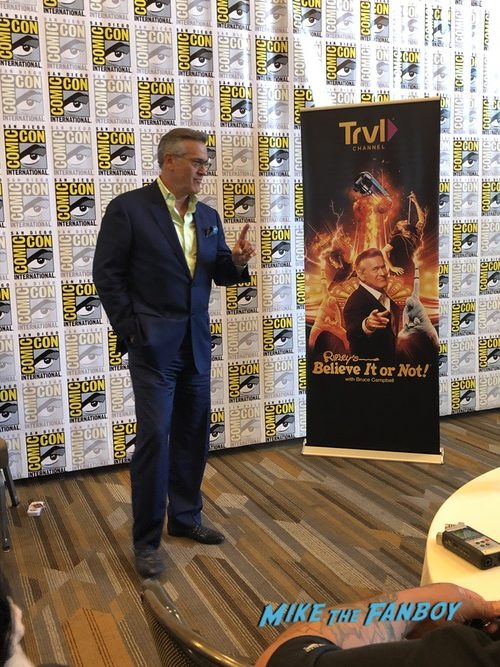 As far as doing more film work, Bruce said he has “some stuff in the pipes” and will be making movies in “his beautiful state of Oregon”. He couldn’t elaborate on any details, but assured us that “hell yea” he’ll be making more movies. 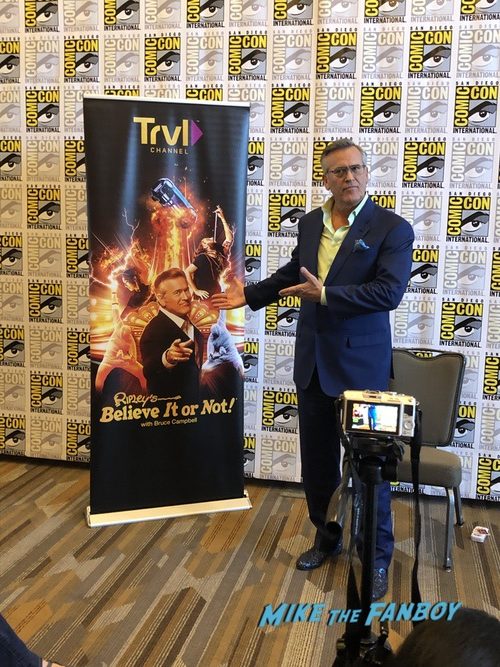 Lastly, ended the panel with what he hopes will be the takeaway for the new show – that humans need to give themselves more credit than we do; that we are capable of much more than we think. Groovy.

Ripley’s Believe it or Not! Airs Sundays on the Travel Channel at 9pm ET/PT.