It’s a bloody good Valentine’s Day!
To celebrate the bloody Valentine’s Day Things From Another World had an awesome event! A Signing with none other than Ash himself! Yep, Bruce Campbell! When I found out I had to go.

Theo, was not that happy about the situation. LOL. He was not happy at all.

Still, it’s Valentine’s Day and it’s a treat to have a signing on a holiday, but a free signing nonetheless. Things From Another World was really cool, they allowed you to get two things signed and no purchase necessary! Say Wha? How awesome is that.

When I arrived, I saw a whole bunch of MTF-ers. Big Mike, Paul, Ace, Alex, Chris, Robert, and more! 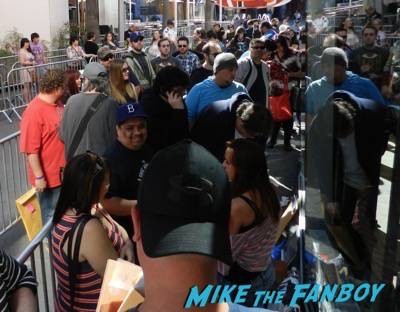 Travis, Billy and Janna joined later and we all had a nice little Pow Wow. If you haven’t checked out the new TFAW, you should really check it out. I think the new location is so much more spacious.

They had some merchandise available including adorable POP Vinyls. Janna only had one time and graciously offered to take something for me. Again, big thanks Janna! So sweet!

At one o’clock on the dot, Bruce Campbell arrived and was wearing a very colorful suit. 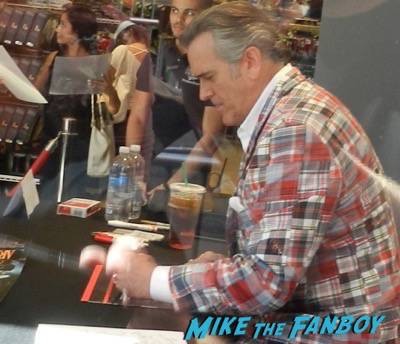 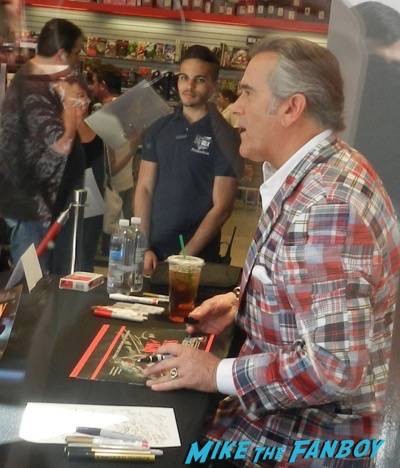 He was signing and really interacting with people. We were then told we couldn’t get the Dynamite comic books signed. No one told us why, but he didn’t want to sign those.

After a little bit of digging I found out that Bruce Campbell doesn’t get paid by Dynamite for his likeness in the series and so he refuses to sign them. 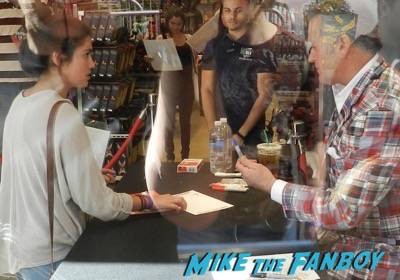 I get it. I don’t blame him for that! 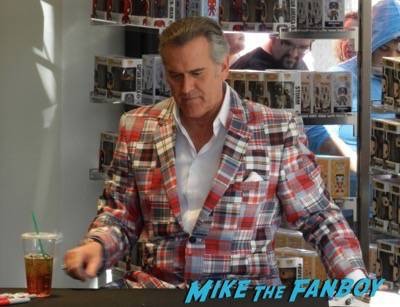 Besides the Pop Vinyl, I brought The Evil Dead 2 and Army of Darkness mini posters.

The line moved fast and Bruce was really chatty with everyone, he was being super nice. 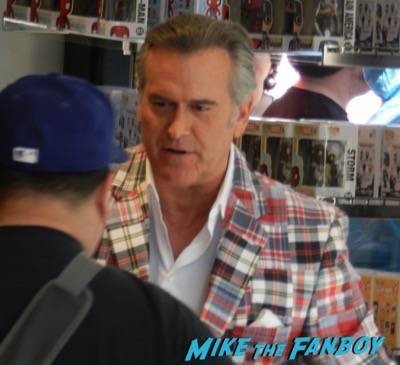 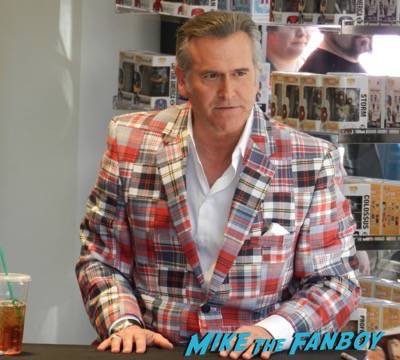 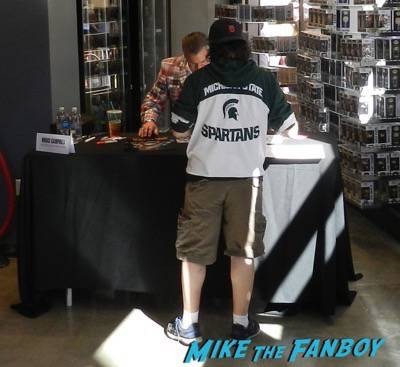 And let me tell you, he tested the pen before each autograph! I love that! No one ever does that!

When it was my turn I asked him to sign the poster in gold, and he was like, “Is it a good gold?” I wanted to scoff and say, “If it wasn’t a good gold I wouldn’t have it.” but I didn’t. 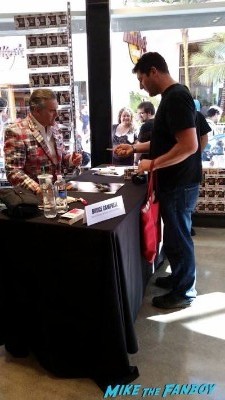 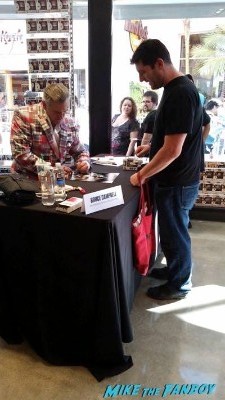 I told I would defer to his judgement. He said, “People hand me pens, and then they suck but I’m like, I’ll sign it in that.” lol. I’m having a conversation about pens with Bruce Campbell. That’s pretty damn awesome. 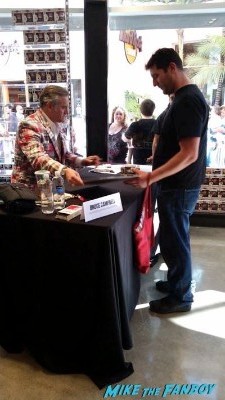 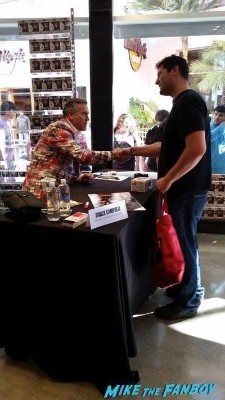 Plus, each item looks rad!

It was a great way to spend Valentine’s day in the afternoon. What a treat! 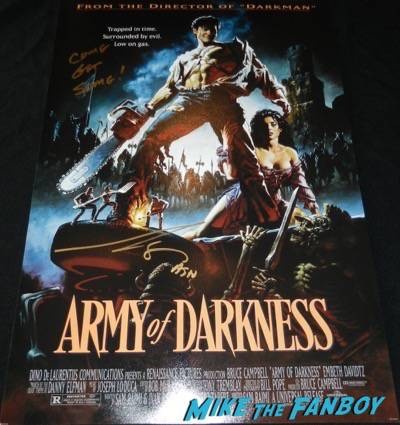 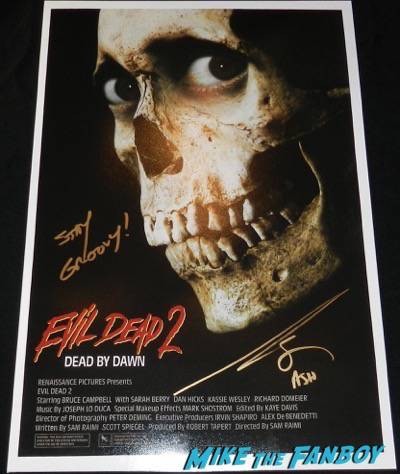 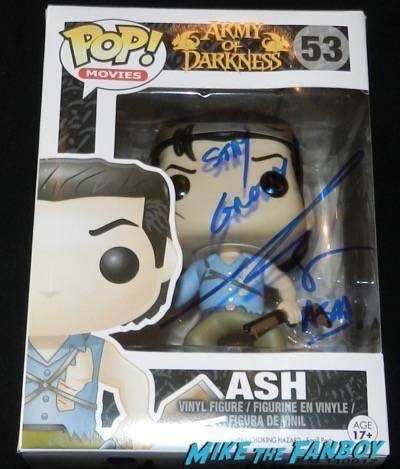