As Billy will love to tell you, I have been… Well… I kind of have been out of sorts as of late and as many of you may know, I’ve been behind on getting some articles up. Ahem. My apologies to anyone who’s waiting. I’m working on it!

Billy headed down to the Bury the Ex premiere and was able to meet Anton Yelchin, Joe Dante and Alexandra Daddario.

Welcome back to Billy Beer’s Barstool.  Today we are off to Hollywood for a Q & A for the movie “Bury the Ex” staring Anton Yelchin, Ashley Greene and Alexandra Daddario.  Originally all three of them were supposed to be there along with director Joe Dante and Writer Alan Trezza. Unfortunately, Ashley was taken off the list the day of the event and of course AFTER I printed for her.  Oh well.  Let the adventures begin.

So let’s just say I started off not in a good mood thanks to traffic and missing Zoe Saldana at another location by 2 minutes after driving 3 hours.  So hopefully everything here will go a bit better.

When I get there, they have a small red carpet set up, but it’s pretty much open to do whatever you want.  There were a number of the usual faces.  Ace was there with his band of merry people, I was still so upset I forgot to make a sweatshirt comment to him.  It was pretty much a waiting game.  Joe Dante was first to arrive.  I’m not one for directors, but I’m kicking myself a little having forgot he had done Gremlins.  He was very nice and signed for everyone that had something for him.

After waiting a bit, Alexandra arrived.  I was hoping we could make a line or something, but as soon as she signed the first one, everyone was in her face.  I was a little bit to the side, but pretty much sure everyone got at least one.   I got my 12×18 done, and she was nice enough to get my 5×7 photo op picture too.  When she finished signing, she still was nice enough to take pictures with most of the people that asked…..Of course I asked. 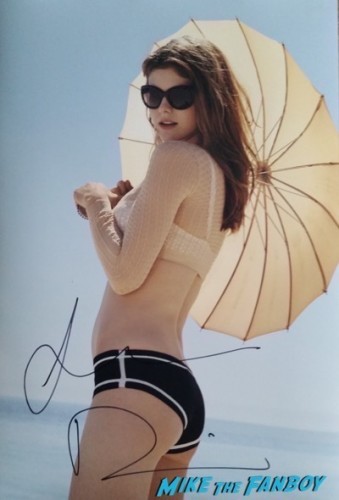 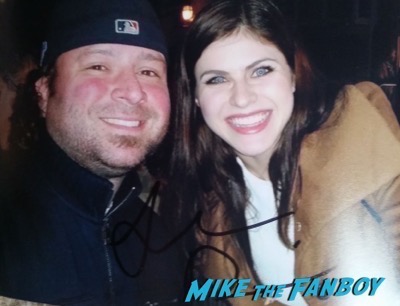 Instead of waiting for Anton, I decided to wait at the end of the red carpet to see if I could get my other images signed.  She looks like she’s going to take a while, so I go back to the front only to miss Anton by like 5 seconds.  He was now on the carpet. 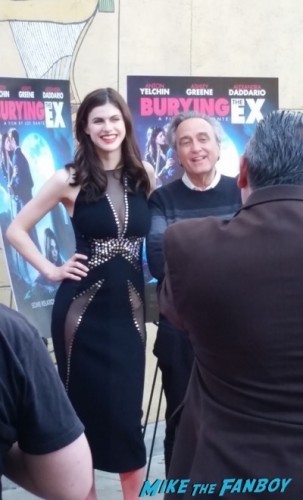 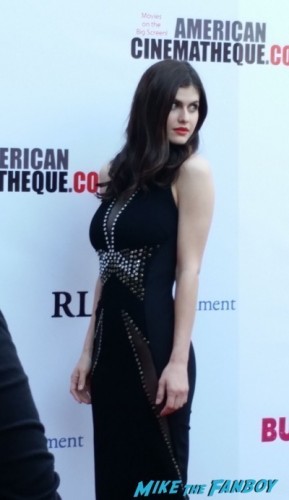 Now they’re starting to tell people to start going inside, and that the movie was about to start.  I was hoping to get a couple more, but they rushed everyone in.  I took my seat and the movie began.

MONTAGE!  (I won’t spoil the movie, but it was cute)

When the movie was done, there were the usual questions.  I really wish people would ask more interesting things.  After the last question, there was about 10-15 people with things they were trying to get signed, and also people that were hoping for photo-ops.  I wasn’t really running up there, so Alex already had a crowd of people around her.  I decided to go to Anton first, and hope Alex didn’t get sick of the crowd, or her getting rushed away.  Anton was super chill.  I told him I like the movie, and he signed all my stuff.  He thanked me for coming out, and then went on to the next fan. 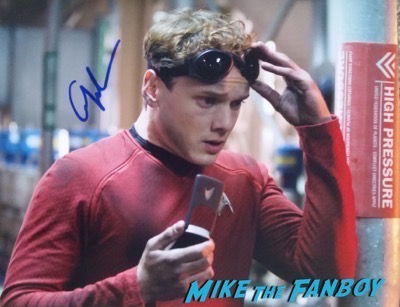 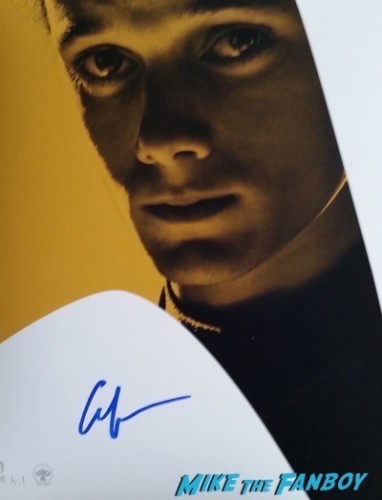 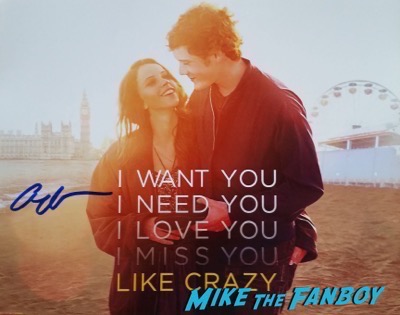 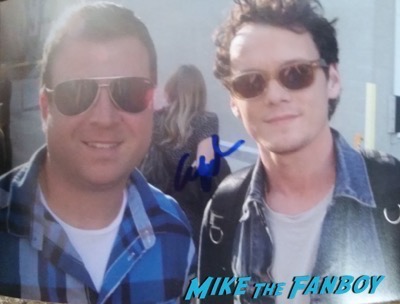 I worked my way back to Alex.  She was still being really cool with everyone.  If you had stuff to sign, she signed it.  I was worried, cause she stiffed us at the press junket, and I had heard she was only doing 1 each now a days (which I don’t have a problem with the latter, but I had a few pictures I liked of her I was hoping to get signed). 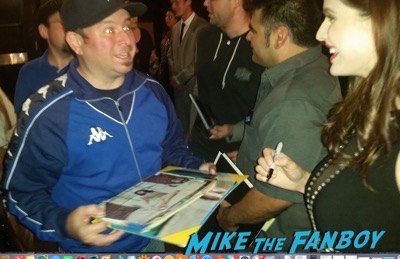 After talking with friends, she saw my pictures and with pen in hand signed them both.  Then I asked for another picture with her, cause although cute, I felt we could do better. 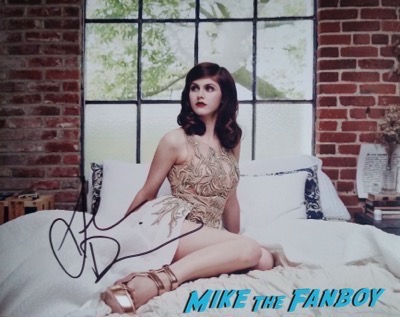 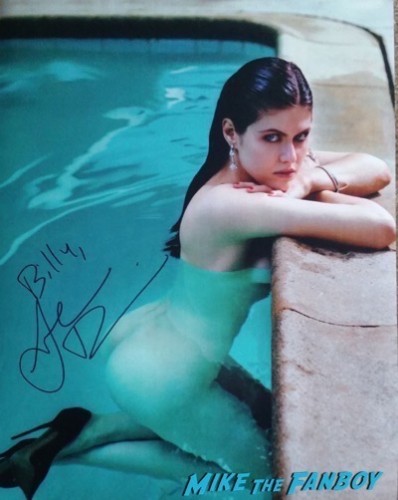 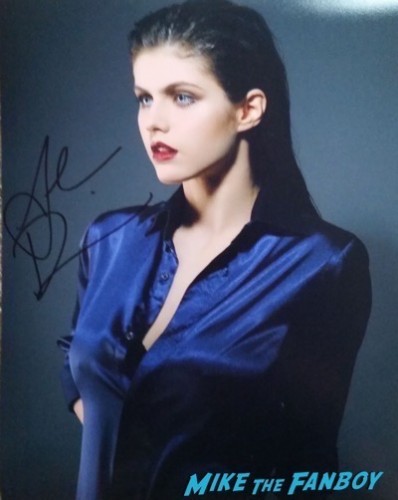 After that, I walked away.  I had forgotten I had one picture left.  I asked Chris if he could get it done for me.  He proceeds to do so after asking her sign another picture that we’ll just say wasn’t 100% her.  I was ready to leave when I realized I forgot my bag.  I went back there and decided I might as well get a picture with Anton too.  Big Mike was nice enough to take the picture for me, and then I realized I had my Star Trek picture in my car.  I ask him if he was still going to be there for a few seconds while I ran to the can and he said he might.  With my blazing speed, I ran to my car and back to get him my poster.  Luckily he was still there, and after waiting a couple minutes while he talked to some friends, he was nice enough to sign it. 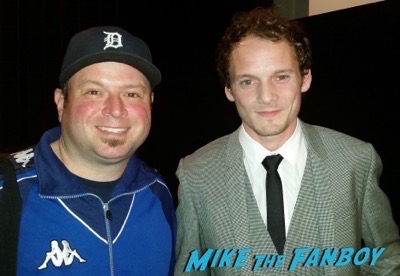 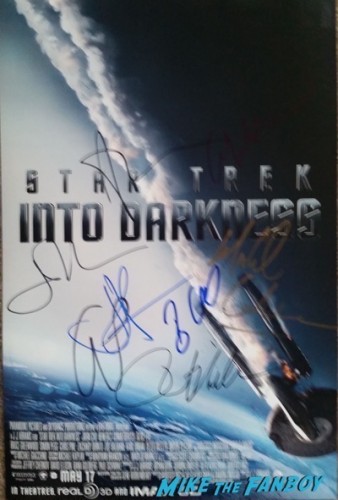 It’s a rare day you go to an event like that and get everything signed.  It really made missing Zoe a little better.  Well, gotta go, it’s Happy Hour somewhere!