Home / Fanboy Fail Fridays! / By The Sea Premiere Debacle! Security Hand Picks People For The Fan Barricade Screwing Everyone Who Waited All Day Including Random People And Their Friends? WTF!?!

So, I didn’t really want to relive this moment but it’s fanboy fail friday and let’s be honest there won’t be a bigger fail than this for me in 2015. At least I hope not, oh God could there be a bigger fail?

Anyway, the By the Sea premiere was last night with Angelina Jolie and Brad Pitt… So, it was supposed to be a fun day. Let me start by saying I love Angelina Jolie, I’ve loved Angelina Jolie since Foxfire… Never heard of it? Didn’t think so. I’ve been following Brad Pitt since Cutting Class, You didn’t know that one either? Not s surprise.

So, when Angelina Jolie and Brad Pitt have a premiere I have to go. Anushika, Scotty, and I headed down and met up with Megan, Janna and Duggan on the rail. It was a long day, it was a cold day, it was a day filled with salsa, chatter and more. 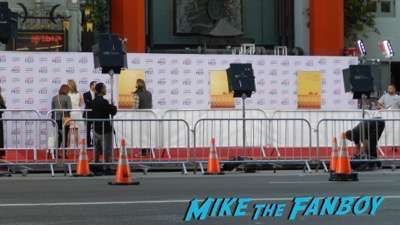 Now, a water barricade was set up on the street. We were told by Universal that it was for Angelina Jolie and Brad Pitt’s protection… Sweet. Now, what we didn’t know was that waiting all day and getting a spot was for nothing because we would be fucked either way. Yes, I said fucked cause that’s what happened.

Around 6:00 p.m. after waiting all day, and let’s be honest I didn’t do the bulk of the waiting, (I’m sure Billy can insert joke here) security from SEM or SPEC Security started hand picking people to go into the barricade. Did they go by the order in which people arrived? Nope. Did they go by who was in front and was waiting all day? Nope.

They picked people who were randomly walking by, people who had no idea what was going on, people who they were friends with. Oh yeah, that was fun to see after waiting all day. 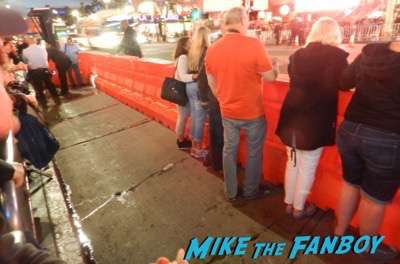 Like, the sheer power trip of it all. For SPEC Security to grab people three people behind the ones who were waiting all day was atrocious.

Anushika was able to get in, and had a great time, because Brad and Angie were nice as usual. And let’s be honest, I’m sure that this was at least partially their doing, it could have been a security concern because of what happened with Maleficent, who knows? But it should have been organized, people should have known at the beginning and fans shouldn’t be treated this way. Taking time off work when it wouldn’t have mattered.

To make things even worse security let in a whole batch of dealers at the end, which was even more of a slap in the face. 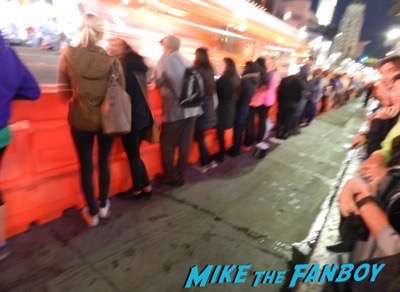 If it wasn’t for MTF Reader Joe who took my Pop vinyl in, I wouldn’t have gotten shit. So, big thanks to him for that, I owe you one brother.

You know, it just gets more and more frustrating. Especially when you’re dealing with nice celebrities and then security just fucks the situation up.

And here’s the thing, why would you want people you DON’T know in a barricade like that. Those are the people that can cause a problem like what happened to Brad at Maleficent! IF you know people are just getting autographs and you’ve never had an issue with them, wouldn’t you WANT those people in because they are easy to deal with? It really never makes sense!