Summer can officially begin since C2E2 is now in the books! 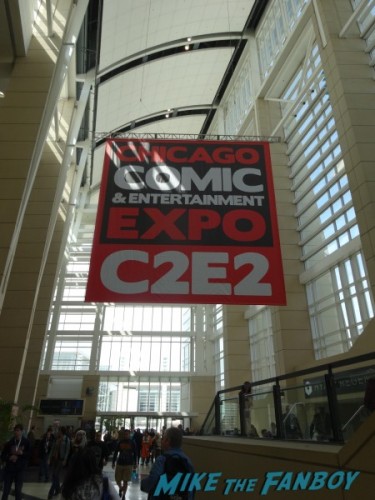 The Chicago Comic and Entertainment Expo (C2E2) is my kick off for the weather to finally turn warm and for the summer fun to start! The biggest con in the Midwest, plenty of people showed up for all the pop culture fun.

For me, the big attraction was the cast of Orphan Black’s first appearance in Chicago! Yes, Clone Club was in session with another impossible-to-get-into panel, but I did get into the signing. Dylan Bruce (Paul) recognized me from our recent chat in Anaheim (I hope he doesn’t think I’m stalking him!). He’s pretty much the opposite of steely-eyed Paul. Jordan Gavaris has all of Felix’s humor, but in a bit more, um, toned down. This was the first time I’ve met Ari Millen (all the crazy boys of Project Castor) who was very friendly as he eyed the large group of fans up close in the signing line. Maria Doyle Kennedy (Mrs. S) is just as warm, earthy and unique as you’d expect her to be. 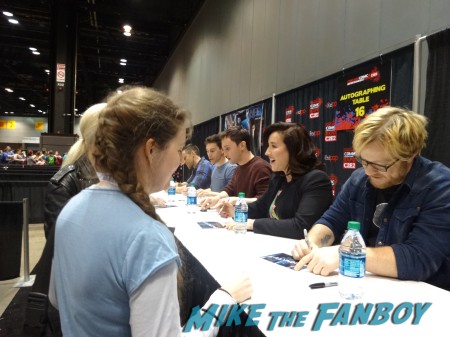 For the first time in my life, I actually cosplayed! Yes, me! One of my main reasons was to thank John Fawcett (creator/director) for this unique and fascinating show. Here’s a hint as to what I was cosplaying… 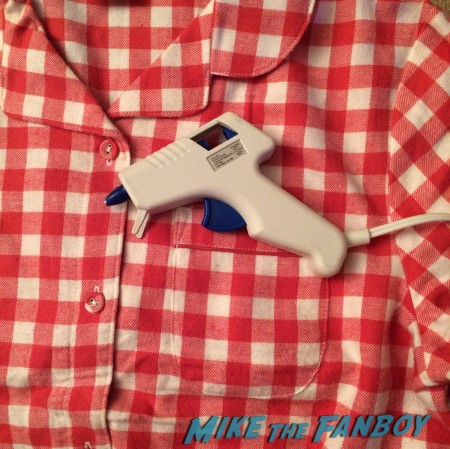 John took one look at me with my glue gun, smiled and very shyly said: “I directed that episode”

Lol! And, you know, he CO-CREATED the series!! But he’s Canadian and not one to brag even when we’re talking about my favorite episode which is masterful blend of humor, desperation and drama. It’s also his most favorite episode that he’s directed as well. (Season 1, episode 6 aka “Variations Under Domestication” which features Craft Room of Terror Alison) He added a little inscription to my Clone Club post card: 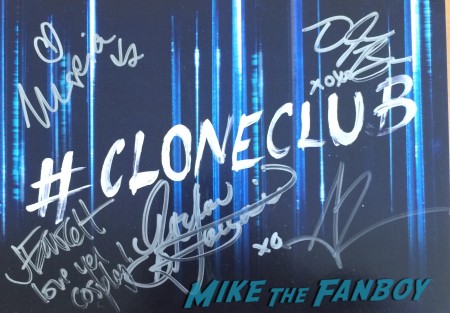 Shout out to the C2E2 organizers for being very well organized for this signing! If they didn’t know the answer, they directed you to the right person so no one was misinformed. I like it! My only complaint is that the first people in line we were told no photos of any kind (not even taken from 10 feet away) but later, they let the late comers take selfies with the cast! After waiting all day (literally), the people who came late were the ones who got extra perks. Grr… 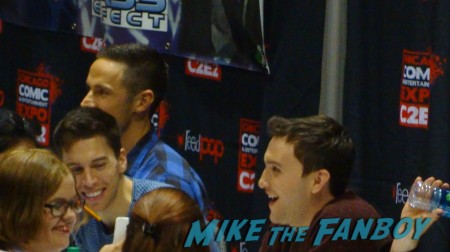 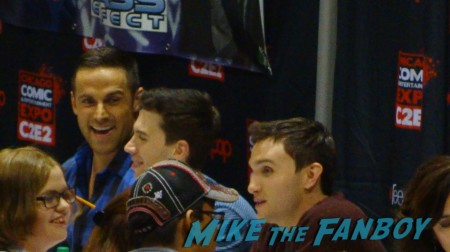 Anyway, there was plenty of other stuff going on as well! Adult Swim made their first appearance with two shows: China, IL and The Williams Street. 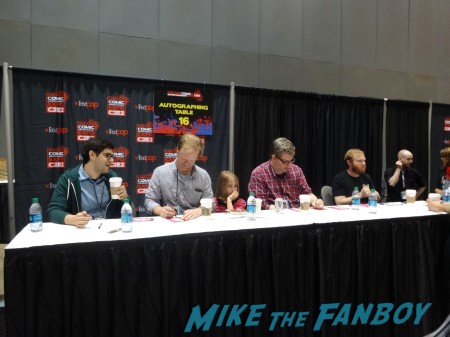 Thrilling Adventure Hour was back for a return visit! There was always a huge line for this fun group which includes  Timothy Omundson (Psych and Galavant). 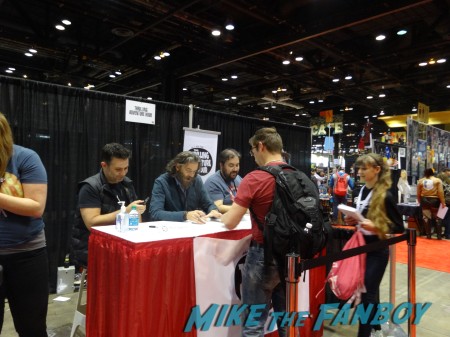 I also got to meet Sylverster McCoy who is the last wizard I need for my Middle Earth collection since I already have Gandalf and Saruman and who cares about the 2 blue wizards away? 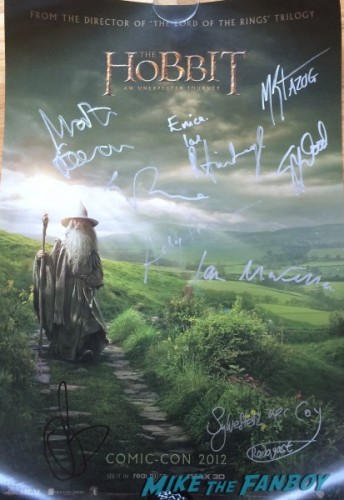 C2E2 also has some of the major publishing houses such as Penguin, Random House, Del Rey and Quirk. I love getting an idea of some of the new books on the horizon and taking a few for a test drive! 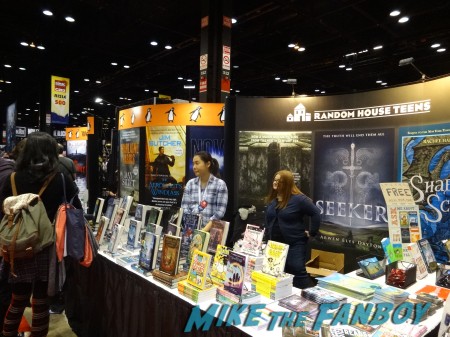 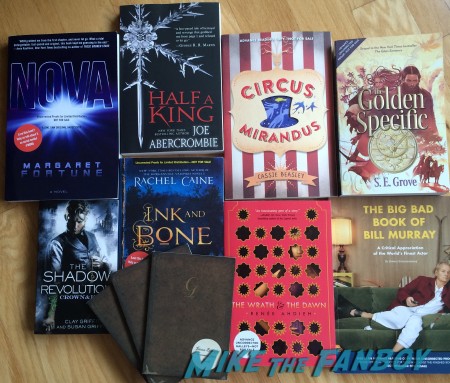 Epson was also on site which may seem odd for a technology company, but they were showing off their new t-shirt printing technology which is super quick and really vibrant. (This is my “goat tee” shirt being printed. Too cute for words!) 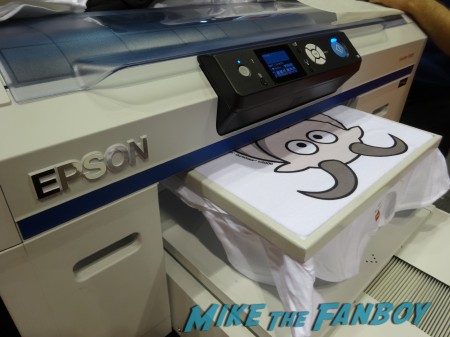 I good chunk of my time was spent with the Marvel booth who hosted many creator signings. Spider-Man superstar writer Dan Slott earned the endurance award with marathon signings each day. 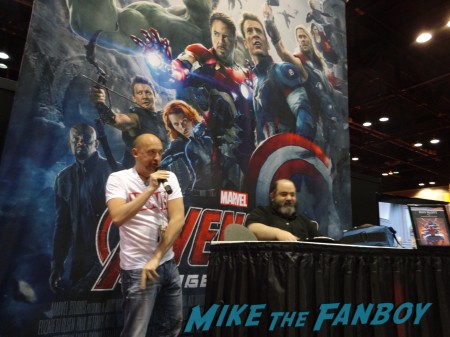 Fan favorite artist Skottie Young also appeared at the booth and had a Star Wars lithograph (so adorable!) among Marvel’s featured freebies. Marvel also gave out a map to help guide readers through the upcoming Secret Wars series across multiple titles. 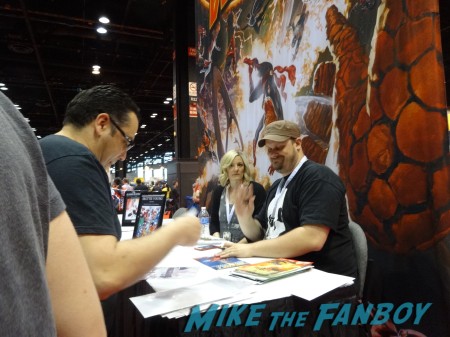 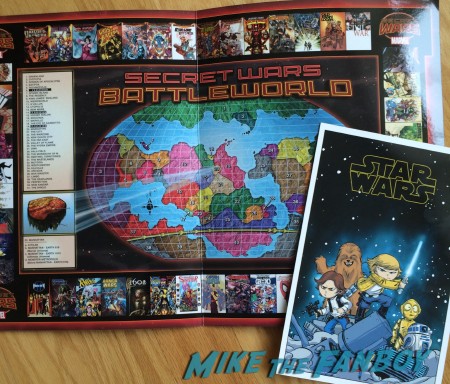 The biggest crowd at the con was at the close of each day at the Marvel booth where they gave out tons of swag including t-shirts, hats, rare variant comics, toys, high-end collectable statues and signed stuff. Nothing whips a crowd into a bigger frenzy than a Stan Lee signed poster! 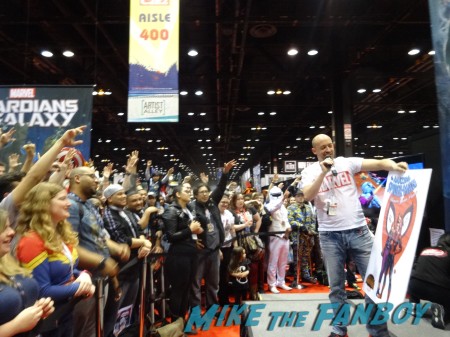 On Sunday, WWE superstar and future UFC fighter CM Punk stopped by the Marvel giveaway hour. Why you may ask? Because he’s also a Marvel writer! CM Punk has been writing Thor Annual and about to co-write a new Drax the Destroyer comic. CM Punk signed a few comics and gave some out to the kids in the crowd. Awww! 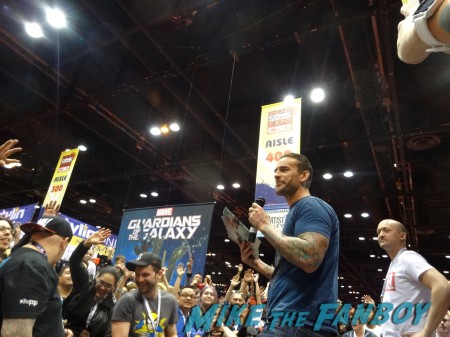 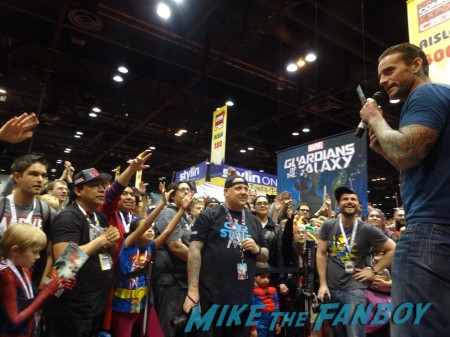 And that’s my C2E2 2015! ICYMI, you can also see all the fun cosplay and my chat with one of the developers of Marvel Puzzle Quest. So much happens each year at C2E2, but its the one con where I feel like I get a chance to spend time with friends and family. It’s a great way to kick off my con season! 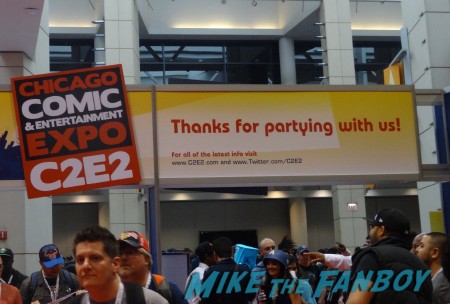