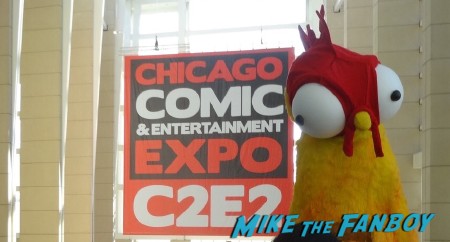 C2E2 is that awesome mix where movies, TV, comics, books, anime, toys, cosplay and just about everything pop culture come to play. This year was bigger than ever with over 80,000 attendees and a sold-out Saturday. Here’s a quick look at all the fun from this past weekend!

First off, there’s tons of fun cosplay! I have a round up of some of my favorites and the winners of the global competition known as the 2017 C2E2 Crown Championships of Cosplay which you can read about here. 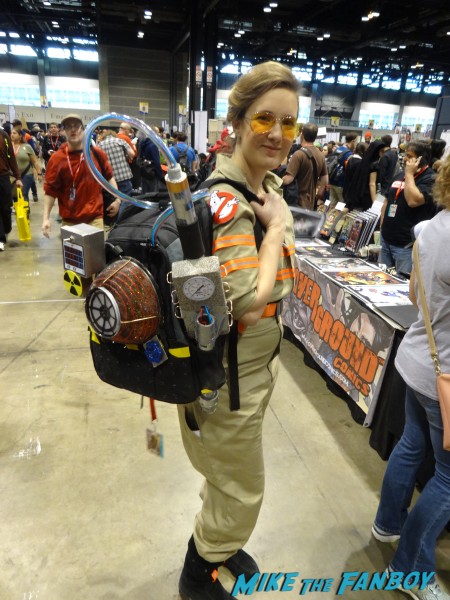 There were quite a few authors I was excited to meet this year. The lovely and fierce Heidi Helig was back again with her shiny new book, The Ship Beyond Time. If you’re not familiar with her books, start with The Girl From Everywhere which is the start of this story about time traveling pirates. 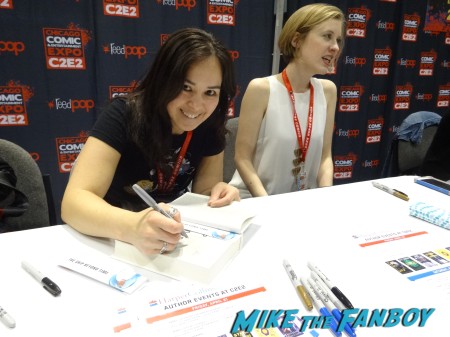 If you like your pirates more traditional (but not entirely so), pick up Tricia Levenseller’s Daughter of the Pirate King. We chatted in the crow’s nest about pirates, books and a few hints about her next book, Daughter of the Siren Queen. 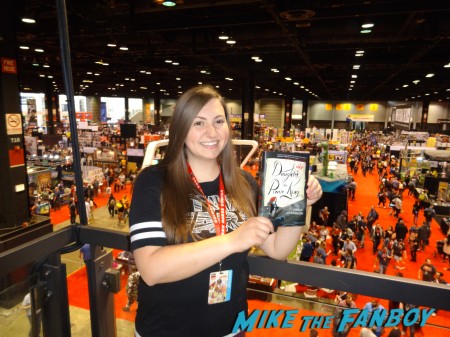 I also got the chance to talk with Ashley Poston who’s Geekerella is a tribute to cons and cosplayers everywhere. We talked about her book, who she’d fan cast and some of her favorite things about cons. 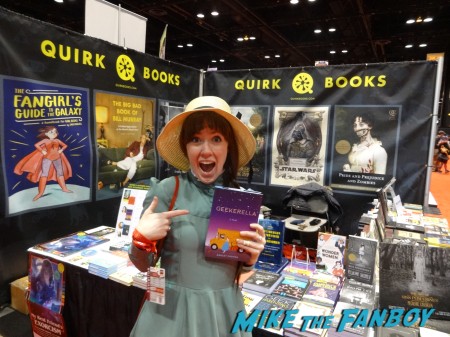 (Look for both of these interviews in the coming days!)

I was also happy to see that some publishers had a greater presence this year with booths from Fierce Reads/ First Second books and Epic Reads. 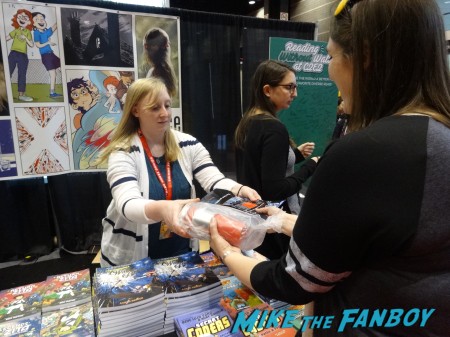 C2E2 also has a sizable and bustling artist alley.  My friend Kari came to C2E2 for the first time this year and her #1 goal was to meet Ngozi Ukazu, creator of Check Please! Check Please! is a webcomic about “hockey and friendship and bros and trying to find yourself during the best 4 years of your life.” It looks adorable and the Check Please! fans are really enthusiastic about it so I will have to check this one out. 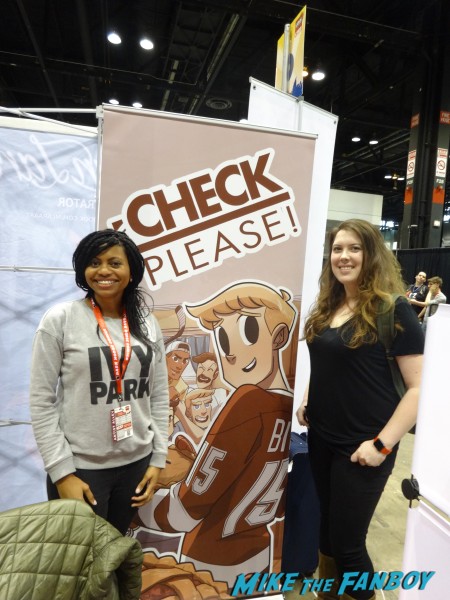 Although there was significantly less The Walking Dead cosplay this year, I still spotted (a rather cute) Negan. 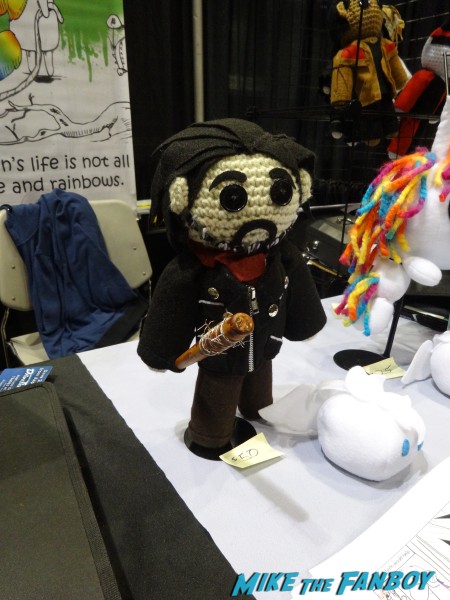 While DC remains absent, they had a bit of presence for their TV shows through some WB bags. 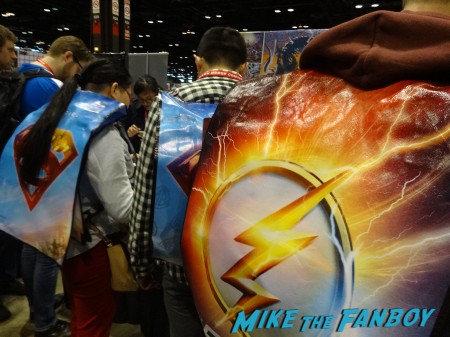 The most active booth is, of course, the Marvel booth which hosted a surprise visit from Elizabeth Henstridge and Iain de Caestecker aka Agents and Fitz and Simmons from Marvel’s Agents of S.H.I.E.L.D. They took questions from the surprised crowd and signed a few goodies to giveaway later. 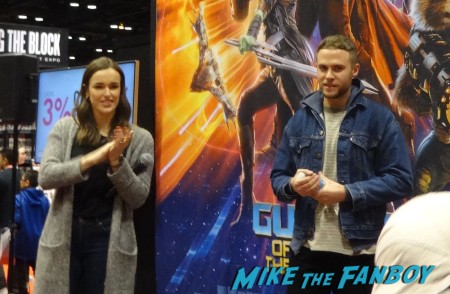 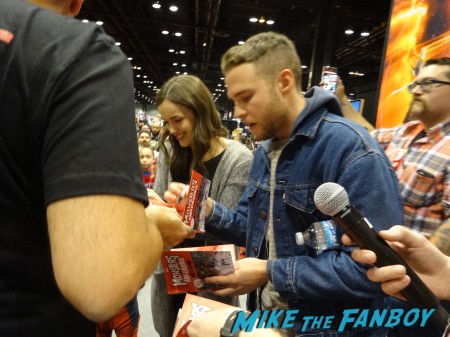 The last hour of the day is always a huge Marvel giveaway filled with statues, toys, t-shirts, poster, trades, variants and more. 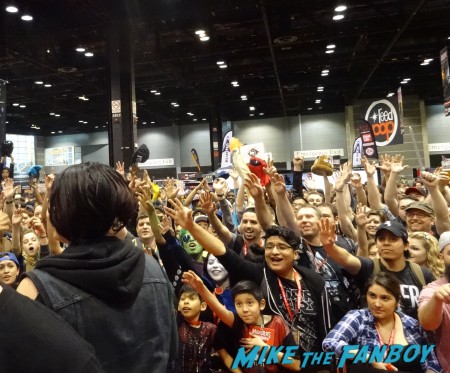 On Sunday, Marvel gave out a handful of comics and trades and these cards that turned out to be tickets for a surprise signing by… 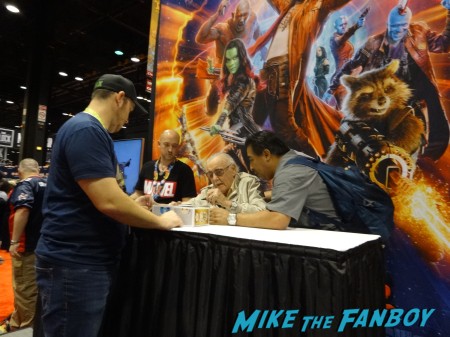 There were screams, tears and grown men shaking with stunned happiness. I’ve never seen a better behaved crowd. After the signing, Stan took the mike to say a few words and left the door open on returning to Chicago even though this is billed as his last C2E2 appearance. He gave the crowd an enthusiastic fist pump with “Excelsior!” and exited to the crowd’s chant of “Thank you, Stan! Thank you, Stan!”

Like the end credits scene in the movie, Marvel already promised some surprises for next year! Block your calendars for April 6-8 for C2E2 2018.