I’m not sure who decided to hold Chicago Comic and Entertainment Expo (aka C2E2) in February, but last weekend we had the eleventh edition of the pop culture love fest! 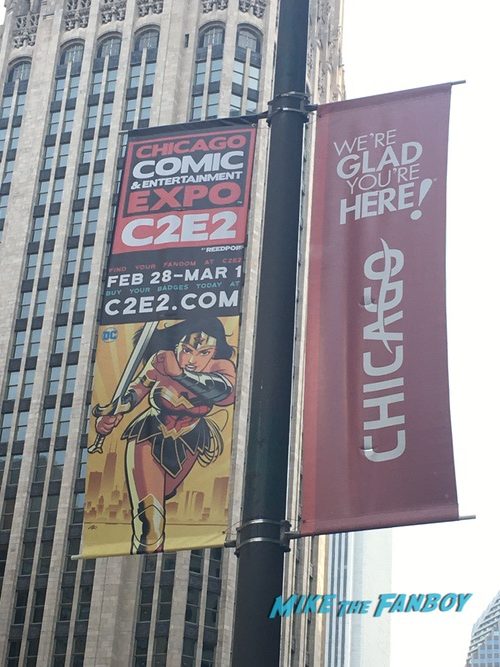 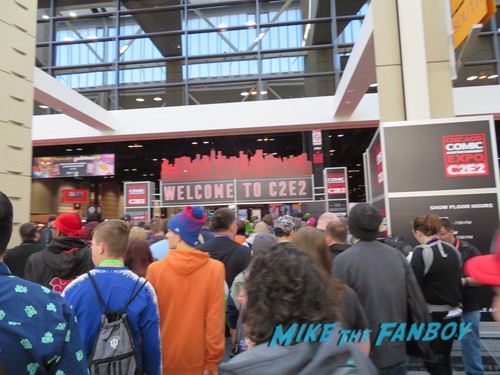 While this is one of the biggest pop cons in the US, it isn’t overwhelming. It feels more intimate starting off with a local school band playing various theme songs. 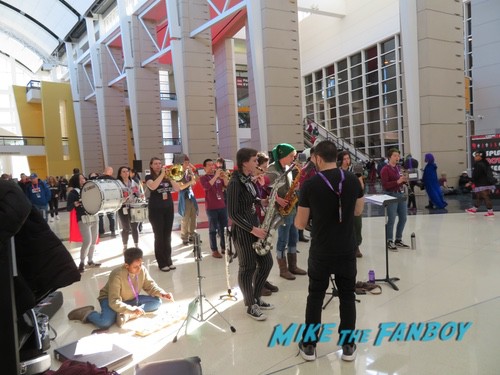 This year, C2E2 added a new space called The Yard filled to relax and play… 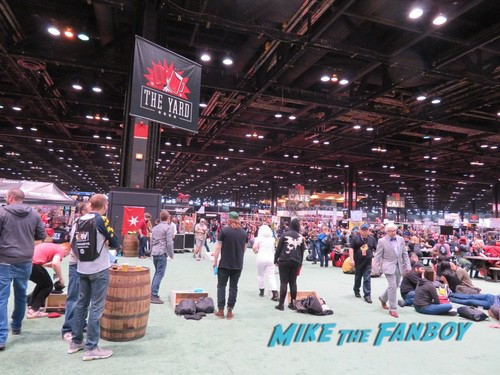 …with a stage for various activities. For example: this lovely string quartet played Danny Elfman’s Batman theme followed by a mournful Jurassic Park. 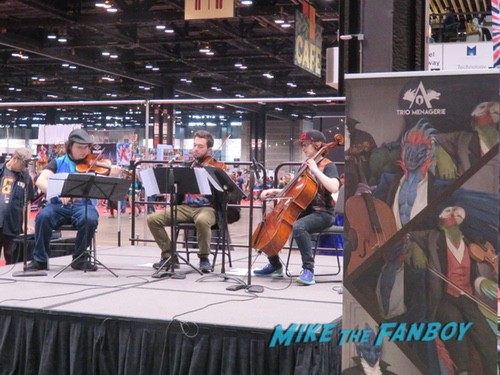 I managed to pick up a few books from Fierce Reads/First Second and Penguin Random House. 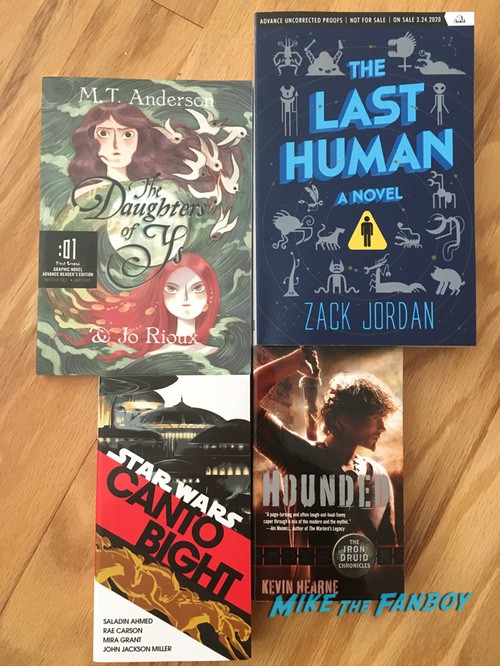 The Daughters of Ys by MT Anderson and Jo Rioux – A graphic novel fantasy about the struggle for the throne between two sisters.
The Last Human by Zack Jordan – A funny science fiction novel about being the last lowly human in the universe.
Star Wars: Canto Bight – A collection of short stories taking place at the casino from The Last Jedi
Hounded by Kevin Hearne – A genre mash up with gods and such in the US.

While it took four tries over three days to get my Grishaverse passport stamped (!!!), I did pick up a copy of Gene Luen Yang’s Dragon Hoops in the adorable box so that makes up for it. It’s a graphic novel about a high school basketball team based on his experience as a basketball team coach. 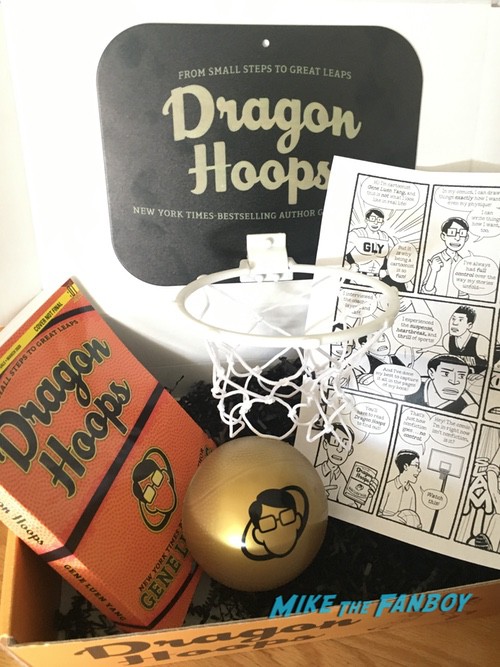 My sister has been working on getting her UK quad poster for Mulan signed so we had a visit with the very chatty George Takei who actually does say “Oooh my!” in normal conversation. 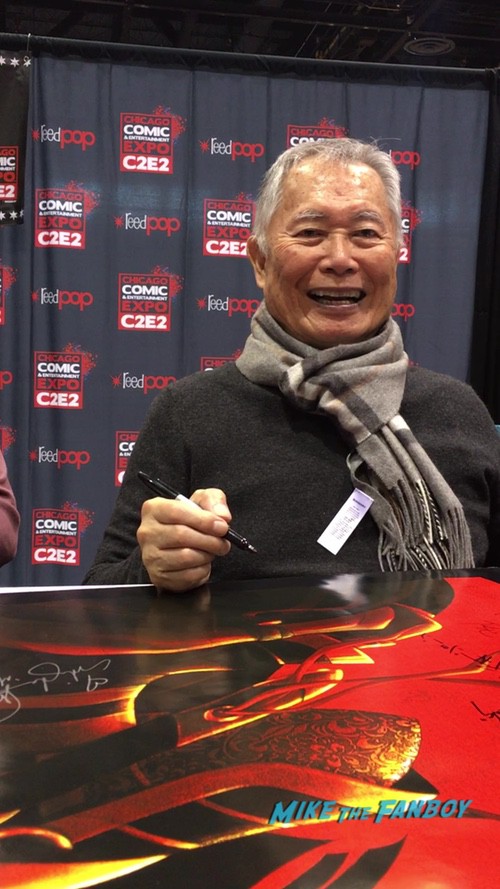 All Elite Wrestling had a sizable presence with an event, panels and a bunch of signings at their booth. 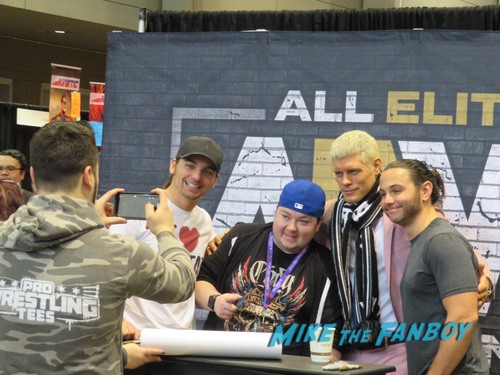 I spotted Harry Potter and Voldemort!
(I wonder if they used ear wax flavored for the ears…?) 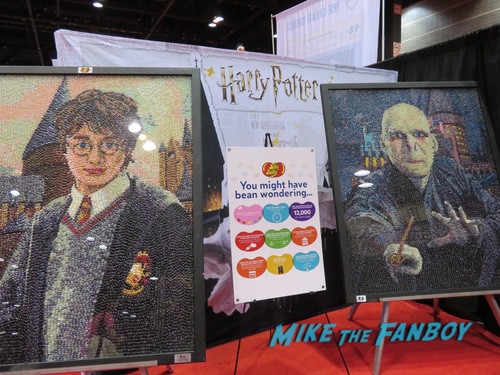 The Navy was also recruiting at C2E2 with the chance to play Battleship with real sailors! 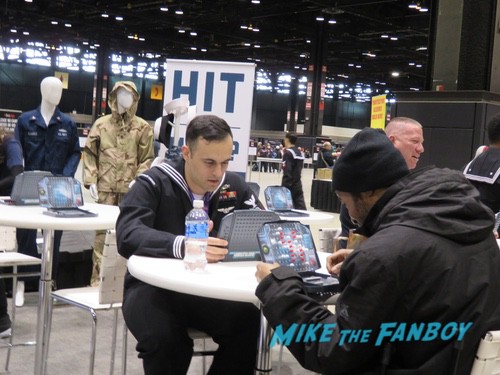 The Prop Store has one more action for the Marvel/Netflix shows. In June they will have props from Punisher and The Defenders up for sale. What’s even better than taking home a piece of your favorite show?

How about getting a prop free?
Yes! They actually gave away props to fans who posted on social media. 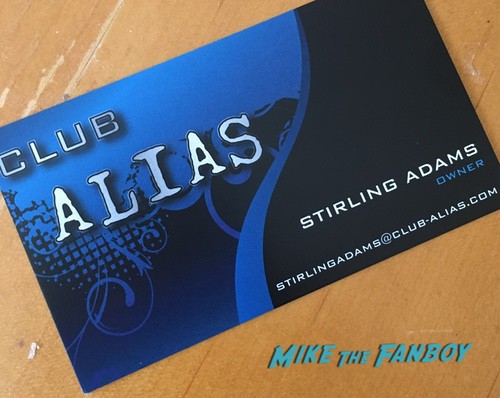 The Marvel booth had a packed schedule which included Skottie Young reading Tarot cards to determine whether you got an acceptance or rejection letter to Strange Academy.

(Spoiler alert: I did not get in since I am Hydra and bite the heads off of men….Skottie really can’t read Tarot cards so that’s his interpretation of my fate!) 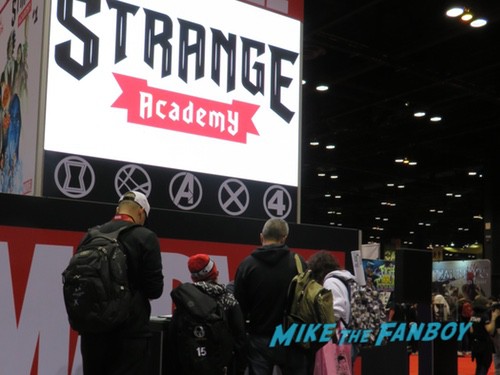 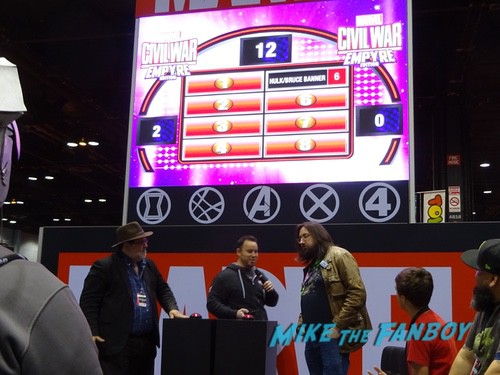 …followed by the crazy giveaway hour which closed the show each night. 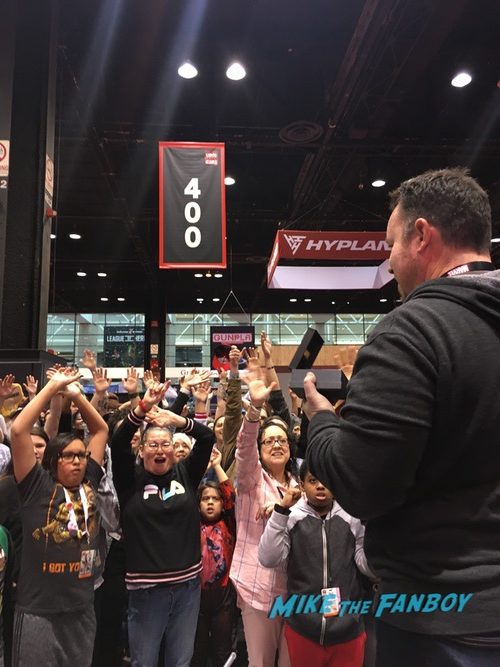 This was a fun edition of C2E2 even though it was so early in the year. So many folks love this con since it’s a nice way to kick off con season and the crowds are just so nice here.

Don’t believe me? Here is a love letter from superstar writer Gail Simone. and why she loves this show (and trains)!

Here's the deal. I get asked questions about cons all the time, from both curious readers and from new pros who have questions.

I get asked to a LOT of cons, I can't possibly attend them all, it's sometimes over 200 requests a year.

So I pick VERY CAREFULLY.

Con season is officially off and running!!! Hopefully it’ll soon be safe for other cons to continue as scheduled. 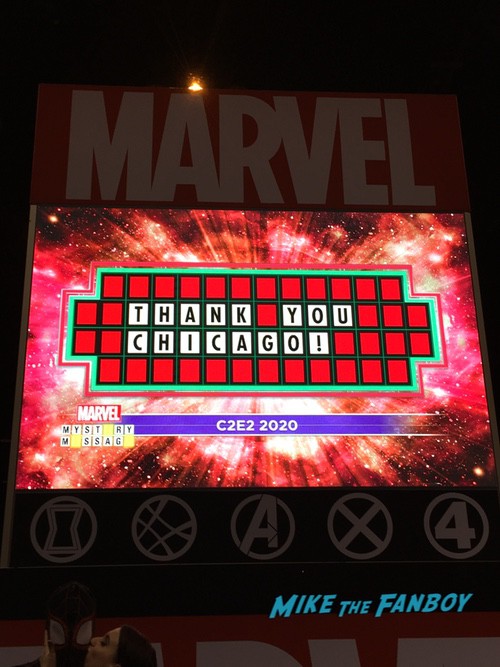