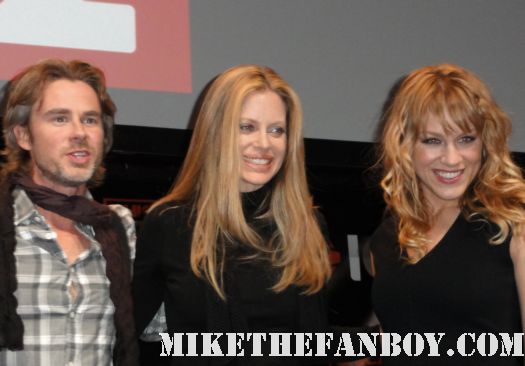 Whoo hoo! More coverage from C2E2! This time Erica has infiltrated the True Blood panel. But not before some great sightings including the Serenity cast and even Darth Vader himself!

Check out the full report below! 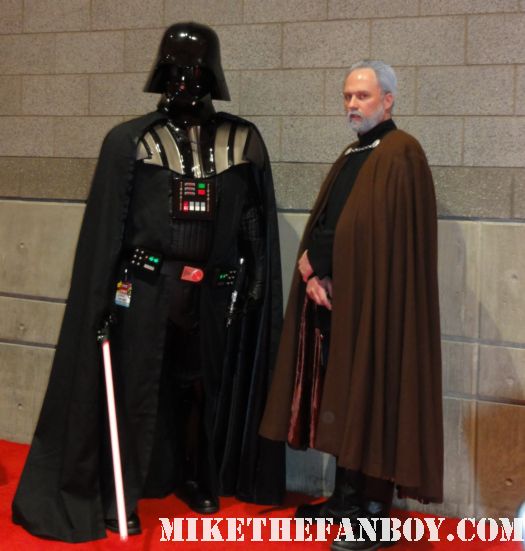 …to the cast of Serenity/Firefly… 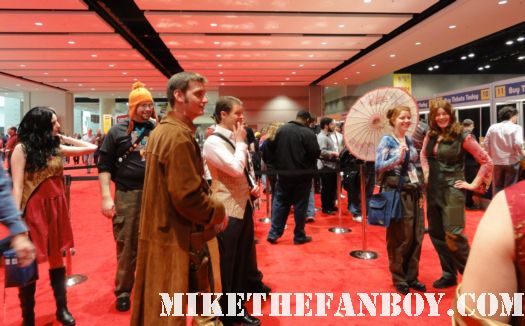 …and the adorable ninjas of Shawnimal’s Ninjatown! 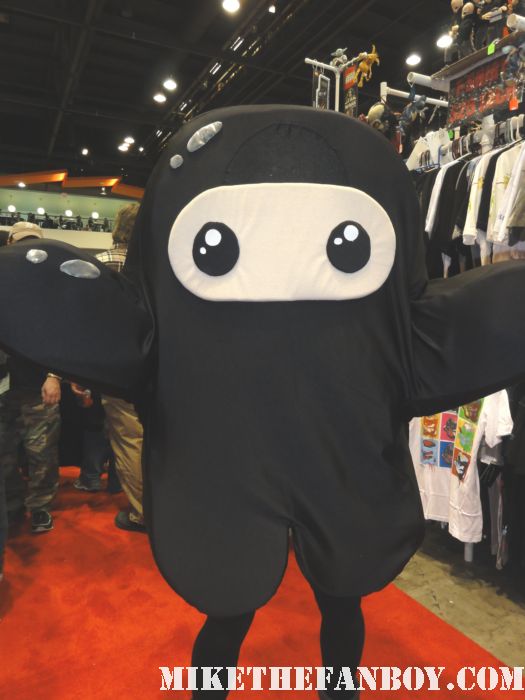 Among the colorful characters is Danny McBride who is here to promote Your Highness, an upcoming movie with James Franco and Natalie Portman. 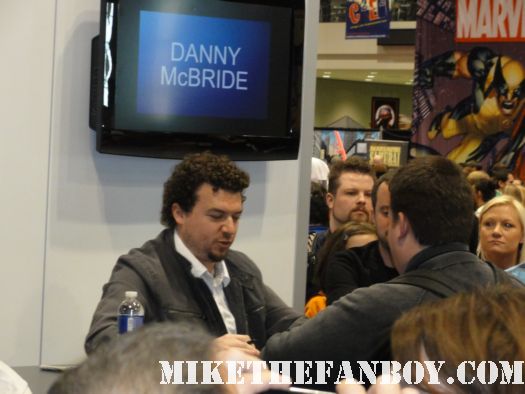 I can also reveal that the exclusive Harry Potter Lego figure that comes embedded in the DK Building the World of Harry Potter will be…Yule Ball Harry! 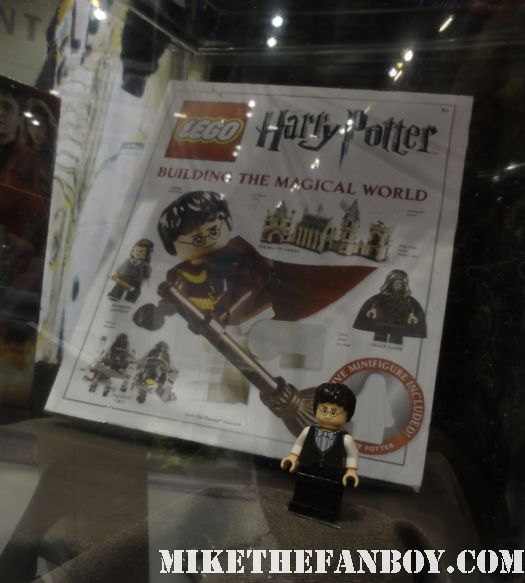 The place is now so packed, it’s getting hard to walk though some of the aisles! 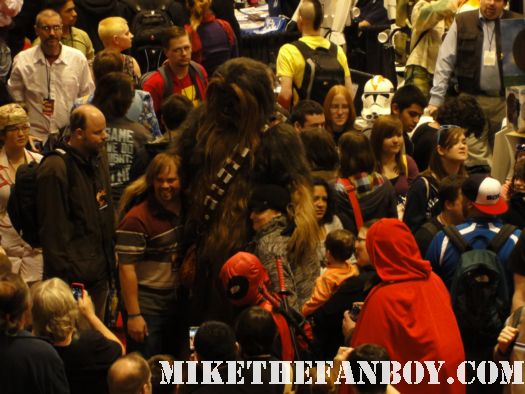 Fortunately I will get to sit out of the mass of humanity and enjoy some quality time with the True Blood Q & A! Sam Trammel, Kristen Bauer and Brit Morgan are here to help us rehydrate as we wait for the new series to begin!

As with the Thor panel, I’ll post video later, but here are a few sneak peaks: 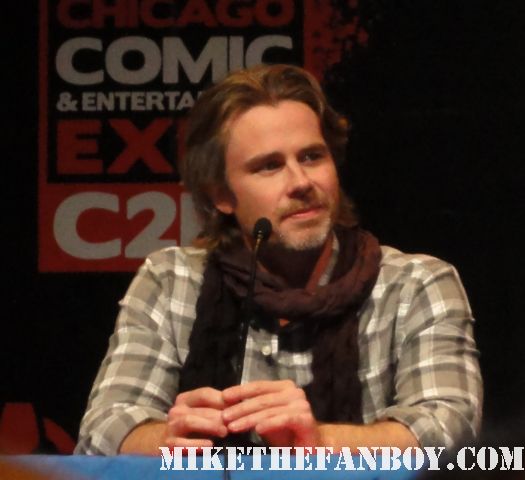 Sam: Date me or be a waitress at Merlotte’s and you’re dead…mostly they treat actors like children which is a good thing… 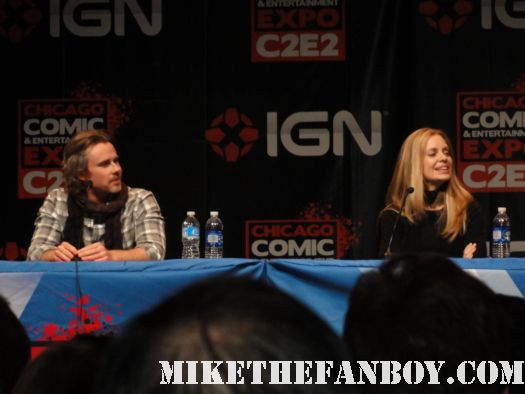 Kristen: Pam is effin’ bitchtastic this season! …(Answering the question of “how hot is Alexander Skarsgaard in person?”) He’s an eleven…Pam’s relationship with Eric really develops this season…I loved the scene with Lafayette. Threatening him was fun!…Joe Manganello had an idea that there should be an ‘Ask Pam’ advice column…I have this challenge I want to tell you about, but it’s really great!!

Brit: Deborah Ann Wohl is just amazing!…I was only in 5 episodes last season, but I get to do a lot more this season…Debbie is not meant to be likable; she’s just this tough girl…I was focused on the job of being a pain in the ass. I love playing Debbie! 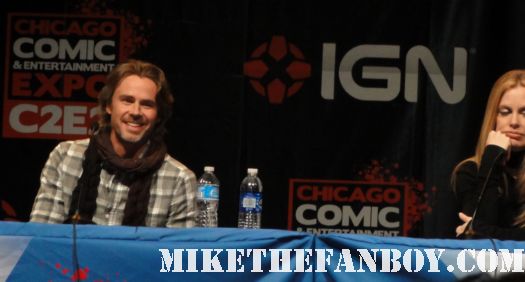 Such a fun and relaxed panel with the stars very careful not to reveal too many season 3 spoilers and keeping all of season 4 pretty much under wraps. 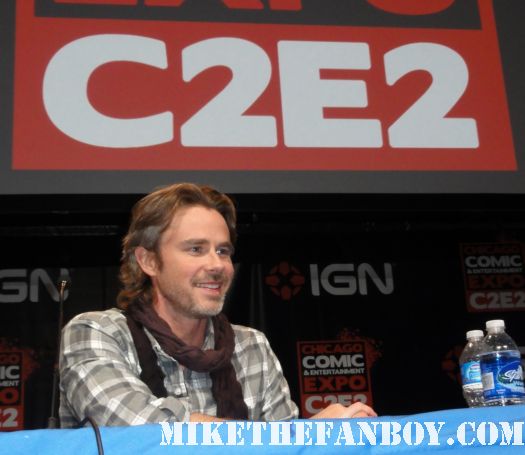 However, it’s so much fun to see how enthusiastic the cast is about the show and the teeny tiny snippets just whet the appetite for more! 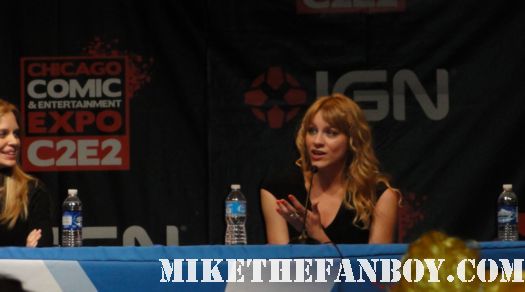 Stay tuned for more from C2E2!