So you all know I like to dress up for the Jane Austen Ball, the Labyrinth of Jareth Ball and at least one day at the conventions I attend.  I would never count myself as a master or even intermediate cosplayer but there is something fun about dressing up and walking around in costume and there’s a small thrill when someone recognizes your costume and wants a picture or even just compliments you on it. 🙂

The past couple of season of “Call to Cosplay” was really geared toward people who love and appreciate cosplay and have an almost encyclopedic knowledge of anime/manga/comics/video games/etc. to pull from to create their characters.

This season the show is really stepping it up a notch by opening the competition to not just cosplayers and con-goers, but professional costumers, models, actors and character impersonators thus creating a smorgasbord of pop culture to pull from.   They’re also getting inspiration from locations around the West Coast for each episodes ‘theme’ like the Park Plaza in L.A. (which I’ve been to for the Labyrinth Ball and love) and the Arctic Club in Seattle.

There is also a new set of judges with Romeo Lacoste (tattoo artist to the stars), Brook Lee (former Miss Universe), Marisa Lynch (author “New Dress a Day” and fashion blogger), and season one winner Johnny Junkers (a known and beloved cosplayer).

Those judges…those locations…partnering with Wizard World?!?!?!   I can’t wait for this new season to start, which it does – TONIGHT!

That’s right, you can catch the first episode tonight on MyxTV.com.

And here are a couple of contestants from episode four whose theme is “Vampires”: 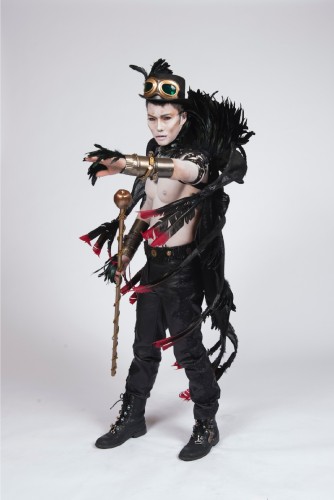 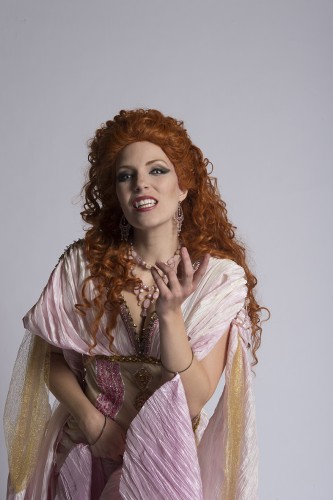 Don’t forget to catch the first episode of Season 3 tonight on MyxTV.com!