I get so excited for people when they get to meet celebrities that they love! Scotty went out to try and meet one of his favorites, model Christy Turlington!

He can explain his love for Christy Turlington more than I ever could. So, I’m not going to bother, lol…

Take a look at his full report after the jump!

I have been a HUGE fan of Christy Turlington for years. If you don’t know who she is, please educate yourself! : ) Christy Turlington has been the face of Calvin Klein, Valentino, and Maybeline to name of few. She has been named one of the most beautiful faces ever alongside Elizabeth Taylor and Audrey Hepburn.

I read that she was going to be screening a documentary she directed at a convention in downtown L.A. for More magazine. The documentary is entitled “No Woman, No Cry.” It focuses on at-risk pregnant women in four parts of the world. This isn’t Christy Turlington’s first attempt to make a positive change in the world. She is also an advocate for people to quit smoking, has participated in the RED campaign, and is also a supporter of PETA. I tried purchasing a ticket to the screening, but you could only buy one if you were a paid registered attendee. The cost of registration, $250! Ouch! So, I thought I would try and catch her on the way out.

I got to the L.A. Convention Center around 5:50p.m. It was like a ghost town. I did see some black Escalades with drivers waiting. I walked in the center and saw signs pointing to the theater. I found the theater and waited for the Q & A to finish. People started filtering out. I thought she would be exiting any minute. About 10 minutes passed and nothing. Finally a girl walked out as I was standing next to a poster of Christy from the convention. The girl asked if she could have the poster. I said I had no idea, and that I was waiting for Christy Turlington. The girl said to walk in, as Christy was talking with people. I was nervous, but the girl urged me to go. 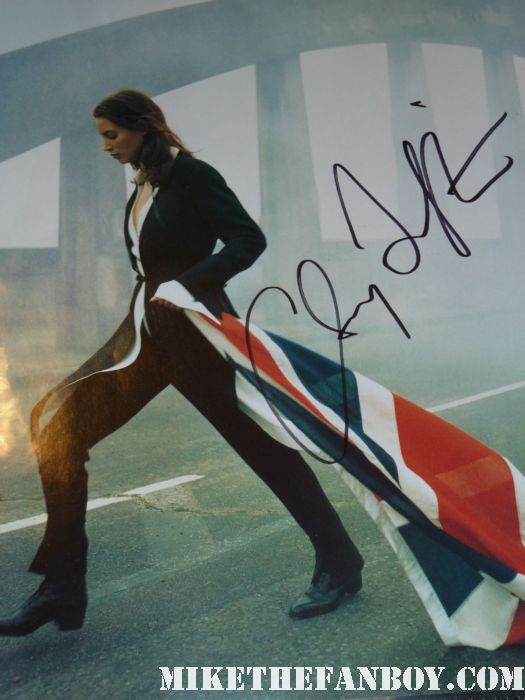 I walked in and my heart raced. There was Christy Turlington! SO BEAUTIFUL. I stood there and patiently waited. She finally finished speaking to some people, and I said that I was really nervous and explained how I tried to attend the screening, but could not attend due to the high priced registration. I asked if she wouldn’t mind signing for me. OH MAN, she could not have been any NICER. 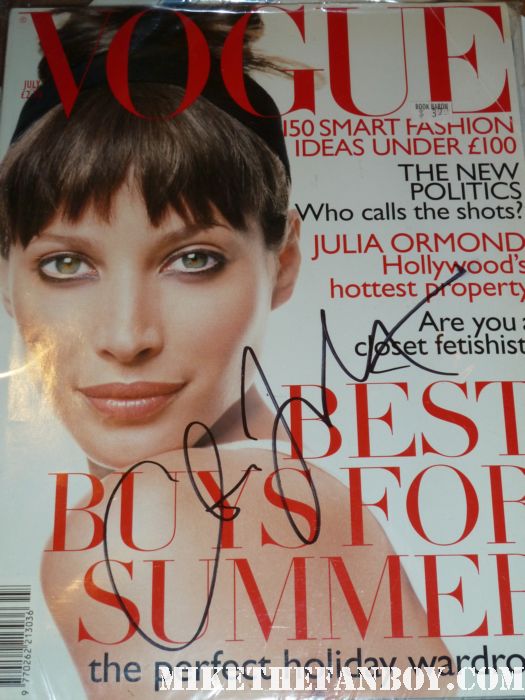 She said, “Of course.” We walked over to a place where she could sign. I had three items. She commented on them all looking at the years and speaking of the photographers that shot the photos of her. I then asked if she wouldn’t mind taking a picture with me. She happily obliged and asked someone she knew if they could take it. She asked her friend, “Would you mind taking a picture of Scott and I?” At that point I about passed out. 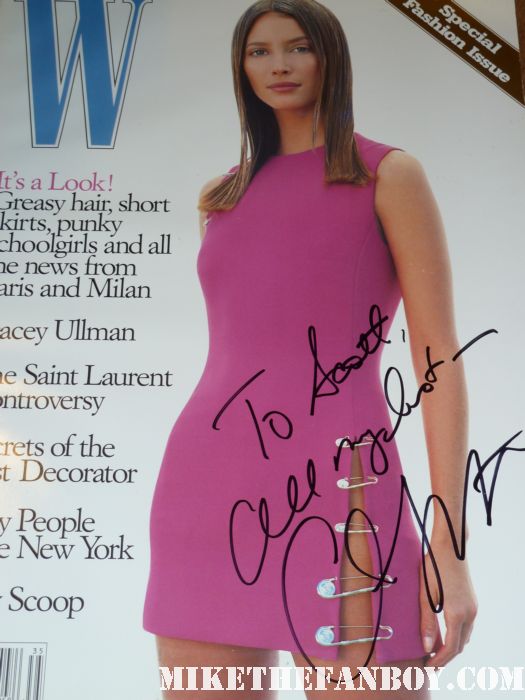 She asked as if she and I were old friends. WOW, WOW, WOW! I thank Christy for making my day. I am still in disbelief that the moment happened. Thank you Christy Turlington!!!