Home / Fanboying! • Q and A • Suddenly Susan / Susan Cuts The Cake With Mitch & Cam! Meeting The Cast Of Modern Family! Autographs! A Wedding! And More!

Who doesn’t love Modern Family. The instant comedy classic has constantly brought me to laughter and tears.

Suddenly Susan, the delightfully dashing corespondent who brings us all the scoop was on hand for the wedding of the century… Mitch and Cam’s wedding! There was even a cake cutting ceremony!

I love Modern Family. It is one of the best written / acted shows in television history.

In history! Yup, I said it. I actually jumped on the MF bandwagon a little late. I had never seen the show. I didn’t avoid it on purpose, just missed it when it was new and never tuned in later. Thank goodness for syndication! I started with the pilot and binged watched all five seasons. Once caught up, I’ve been watching the new episodes as they air, just like the rest of the world. In a way I’m glad I caught up this way. I find myself saddened every Wednesday night knowing I have to wait a whole week until a new episode airs.

I was lucky enough to attend a special screening of the Wedding Episode, Parts 1 and 2. The evening opened with a full outdoor reception, 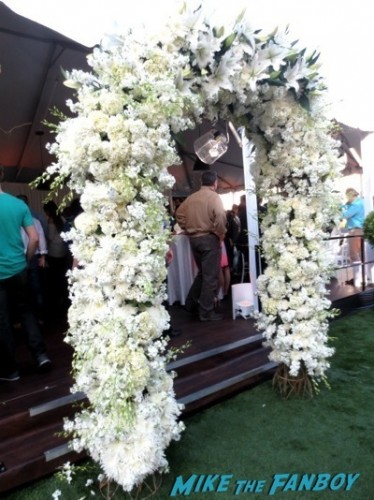 complete with choir, and ice sculpted swan, followed by the indoor screening. 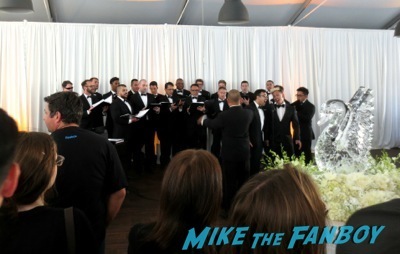 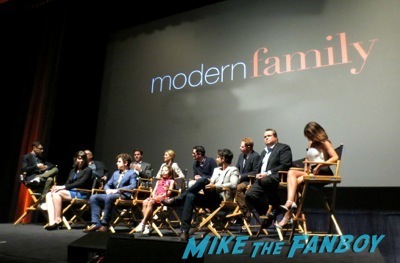 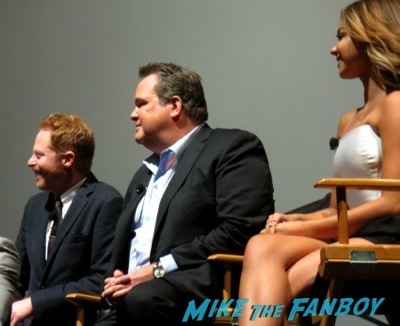 The highlight – the moderator accidentally called Ed O’Neill Jay, to which he replied, “Jay, Ed … Al, it doesn’t matter”. The audience was delighted. 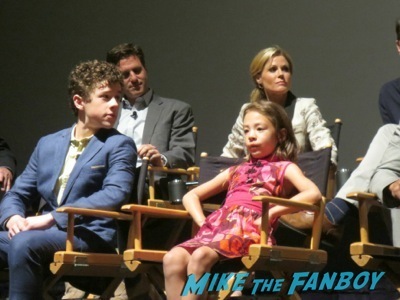 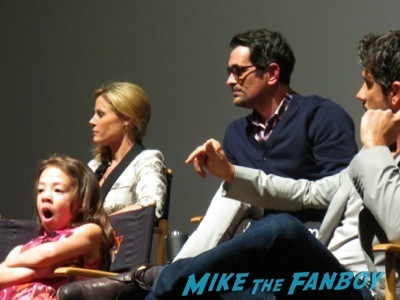 Low point – when a grown man from the audience yelled out to 16 year old Nolan “you’re hot”. Ewww.

The evening ended with by a cake cutting ceremony with Eric and Jesse. 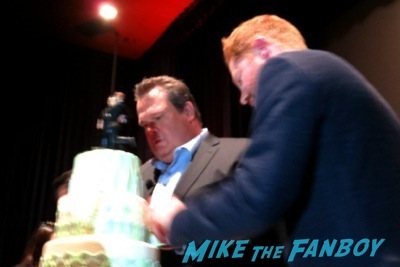 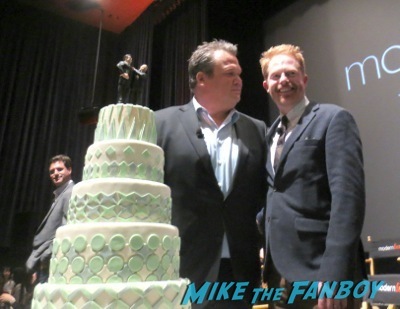 For anyone who watches the show, check out the cake topper! Every got an adorable box with a slice of cake to take home. 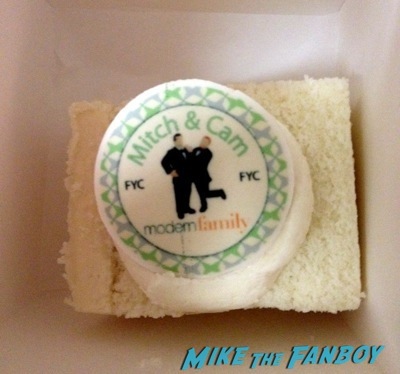 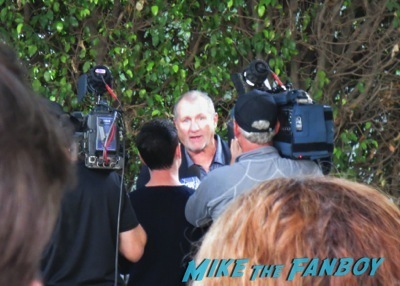 What an amazing evening and I managed to get three autographs on my cast piece. 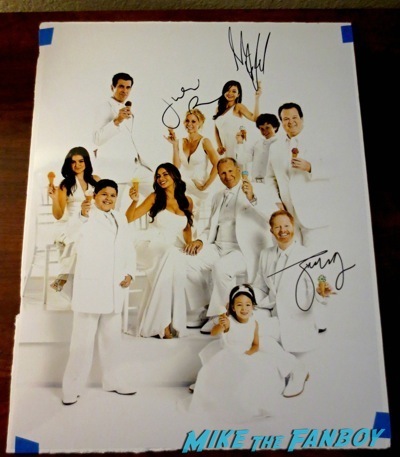