How can you not love Cameron Diaz? I mean… Well… I can think of a few reasons, however on her book tour she’s been very nice and posing for pictures with everyone who comes. I think that’s a unique way to do it. Plus, it’s great press for the book since she’s holding it in every picture.

Pinky headed out to meet one of Charlie’s Angels and had a blast!

Hello, my lovelies. Pinky Lovejoy-Coogan here still jazzed over meeting Cameron Diaz last week at her book signing. Now, I’m not usually big on book signings because it’s not a guarantee that you’ll be able to get a picture with the star, but once I learned that she’d be pretty much only doing pictures (the books were pre-signed), I knew I had to go. 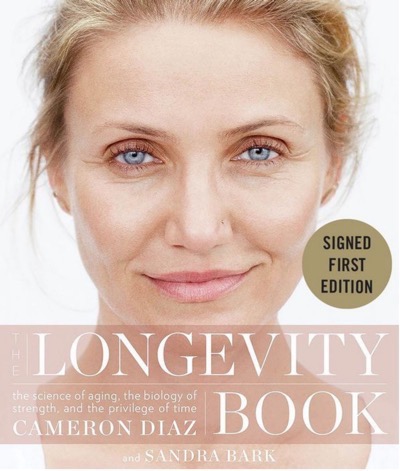 Initially we were hoping to meet her outside going in, but then our friend Lucas showed up and set me straight. 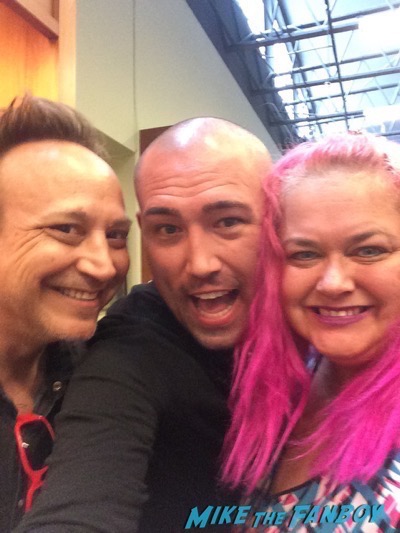 He explained how it worked – we bought a ticket for the event and that ticket would get us a posed picture with Cameron with our own camera. After the picture, we could pick up our pre-signed book. Easy enough. The strange part was that they didn’t allow any pictures while Cameron spoke to the crowd and then they put up a barrier while she took pictures with everyone else, so you couldn’t get any shots from that either. Um, OK. For someone pumping a book about aging well, they sure didn’t want tons of pictures being taken. Just saying. 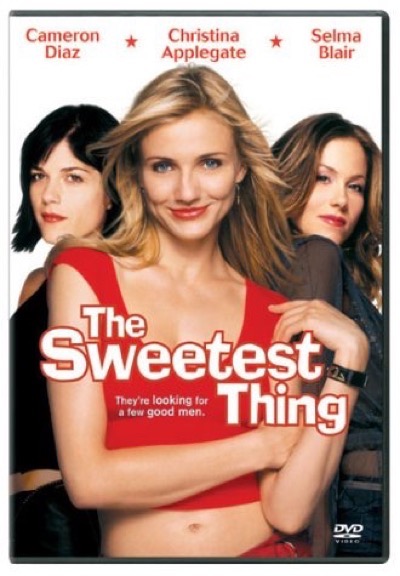 Regardless, it was a fairly easy event. Although I had no idea what her book was about initially, it was interesting to hear her talk about the inspiration behind it. And I’ll definitely read it, it looks great. Cameron stars in a few of my go-to movies that I have to watch anytime they’re on TV – The Holiday, The Other Woman, and The Sweetest Thing. 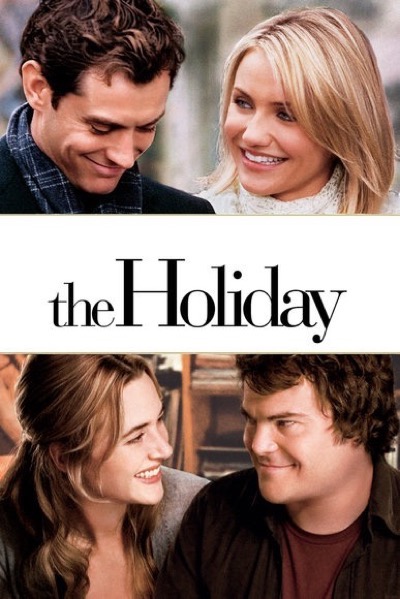 I’d always heard she isn’t super fan friendly, but this was the first time I’d ever seen her in person. The last time she did a book signing was when we were on our honeymoon, so I totally missed her. Stoked I was able to meet her! 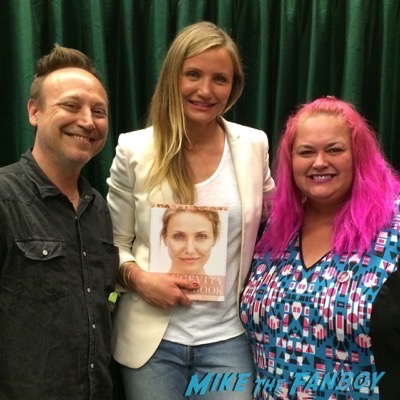