Home / renewals and cancellations / Cancellations! Amazon Says Goodbye To The Christina Ricci Series Z: The Beginning Of Everything and Chris Carter’s New Series!

Amazon has cancelled the Christina Ricci series Z: The Beginning Of Everything. The series was already writing scripts for season 2 and was already renewed when the plug was pulled. 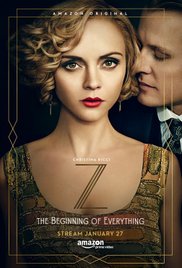 Amazon also stopped production on the Chris Carter series The After after it was picked up to series.