It looks like Showtime is saying goodbye to Cameron Crowe’s Roadies. The cabler announced today that they are canceling the series after one season. 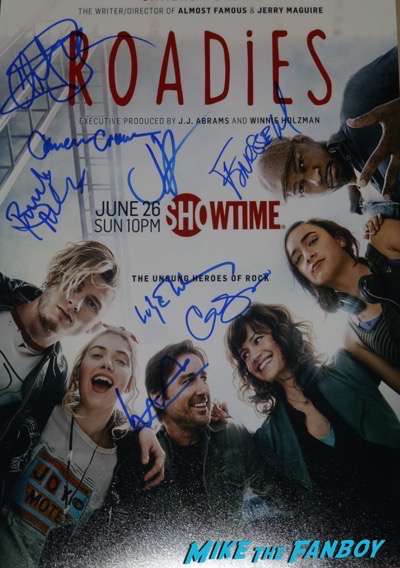 Rock and Roll series are dying on the vine with HBO shuttering Vinyl and FX not going ahead with season three of Denis Leary’s Sex&Drugs&Rock&Roll.